Statement by Thomas Ostermeier about the conviction of Kirill Serebrennikov 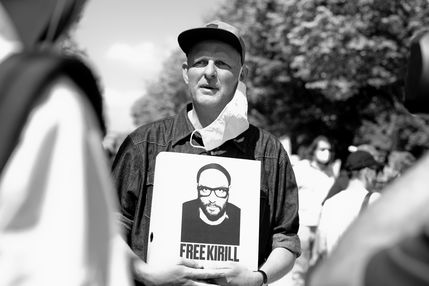 »First of all I’m relieved that the horror scenario of knowing an artist like my friend like Kirill Serebrennikov in a prison camp won’t be fulfilled. However, the joy is ambivalent, because the court suspended the sentence but found the accused guilty of all charges. This move by the »opposite side« is quite clever as this verdict cannot be described as »terror justice«. This makes resistance against the threat to art freedom in Russia more difficult. It is a clear signal for liberal artists and the freedom of art in Russia: since today, every critical artist can expect to be threatened with such a sentence. There was a short thaw in the Russian cultural scene under President Medvedev. Since Putin's repeated reign, the climate has deteriorated more and more. And, like in many other countries in the world, the freedom of art is threatened by autocratic rulers and populists. Despite the relief from the verdict, I fear that many artists around the world are facing tough times.«