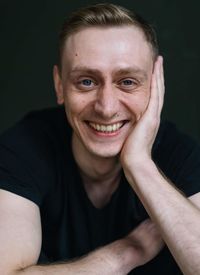 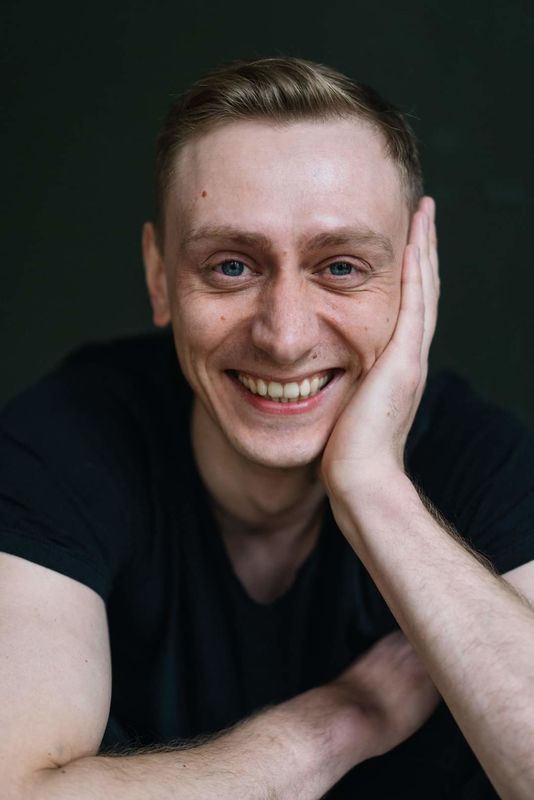 Born in 1990 in Crimea (Ukraine). Grew up in the Western part of the Ukraine in the Chernivtsi region. Studied at the Kyiv National University of Culture and Arts from 2010 to 2015 and graduated in Theatre direction. Since 2014, he has been working as an actor at the Golden Gate Theatre in Kyiv and since 2019 at the Left Bank Theatre, Kyiv. He was a guest artist at the Kyiv National Operetta and at the Wild Theatre in Kyiv and starred in films and TV series, including »Slovo House. Unfinished novel«, »The Crazies« and »Kruty 1918«. In 2015, he appeared in the TOP-10-list of actors under 30 in the Ukrainian newspaper »Mirror of the Week«.