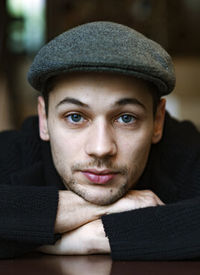 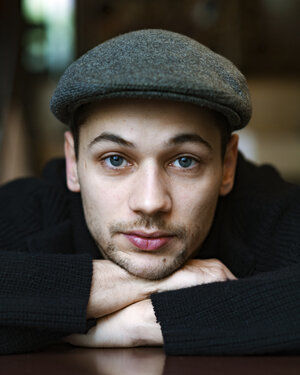 Born in Heidelberg in 1992. Studied acting at the HMT Rostock until 2018. During his studies, he appeared in Séverine Chavrier's production »Egmont« by Goethe/Beethoven in Paris and Vienna, among other productions. Since 2017 he has been performing on behalf of the Bühne für Menschenrechte Berlin in the documentary theatre projects »Die Asyl-Monologe / NSU-Monologe / Mittelmeer-Monologe« (written and directed by Michael Ruf), with guest performances in Hamburg, Cologne, Dortmund, Nuremberg, Leipzig and Dresden, among others. From 2018 to 2020 he was a permanent ensemble member of the Bielefeld Theatre. There he played in Édouard Louis' »In the Heart of Violence« (director: Alice Buddeberg), Rosalind in William Shakespeare's »As You Like It« (director: Christian Schlüter) and Emil Sinclair in Hermann Hesse's »Demian« (director: Michael Heicks), among others. As a guest, he still appears in »Demian« at the Bielefeld Theatre. He also played the role of Kemal in Cihan Acar's »Hawaii« at the Theater Heilbronn (director: Nurkan Erpulat). Doğa Gürer also works for film and TV, most recently in »Rheingold«, directed by Fatih Akın.