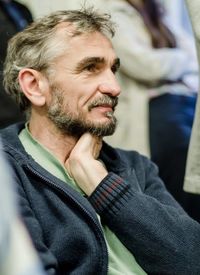 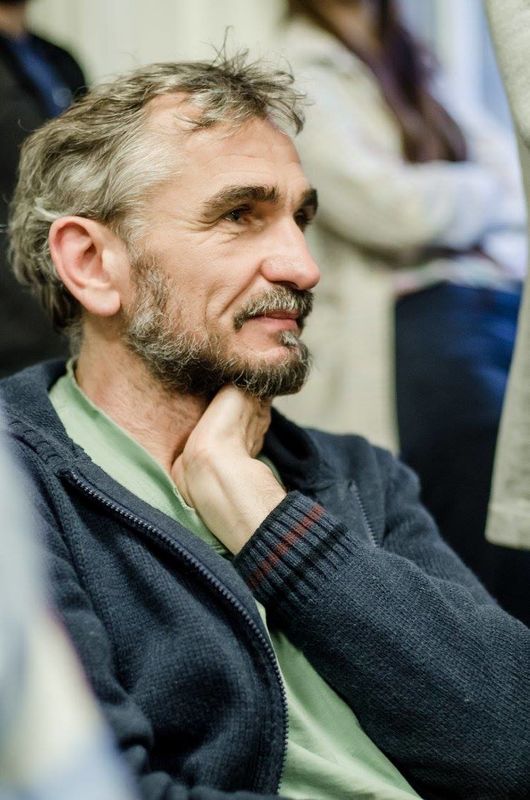 Born in 1965 in Kiliya in the Odessa region (Ukraine). Theatre and film actor, teacher and director. Member of the Left Bank Theatre, Kyiv and Associate Professor at the Kyiv Municipal Academy of Variety and Circus Arts. He graduated from the Kharkov Academy of Arts in 1987. From 1987 to 1996 he was a member of the Kharkiv Academic Theater and from 1996 to 2019 of the Les Kurbas Theatre in Lviv. In July 1991 he completed an internship at the Jerzy Grotowski Work Center in Pontedera (Italy). He was involved in more than forty Ukrainian and international festivals and projects. From 2000 to 2017, he was Associate Professor for acting and speech training at the Ivan Franko National University of Lviv. He held masterclasses at universities and theater ensembles in the Ukraine, Poland, Germany, Great Britain, Norway and the United States. He was awarded the National Taras Shevchenko Prize in 2006 and Honored Artist of Ukraine in 2019.