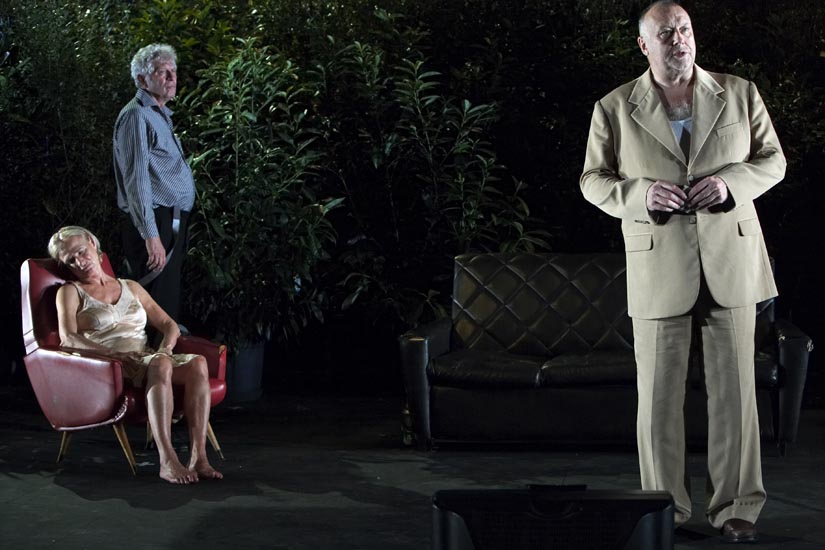 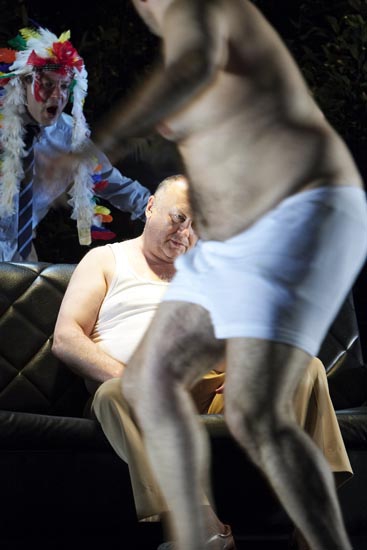 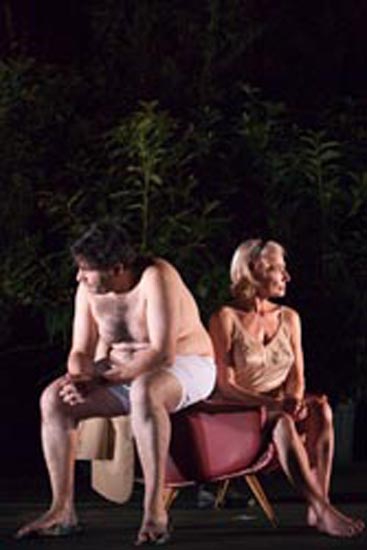 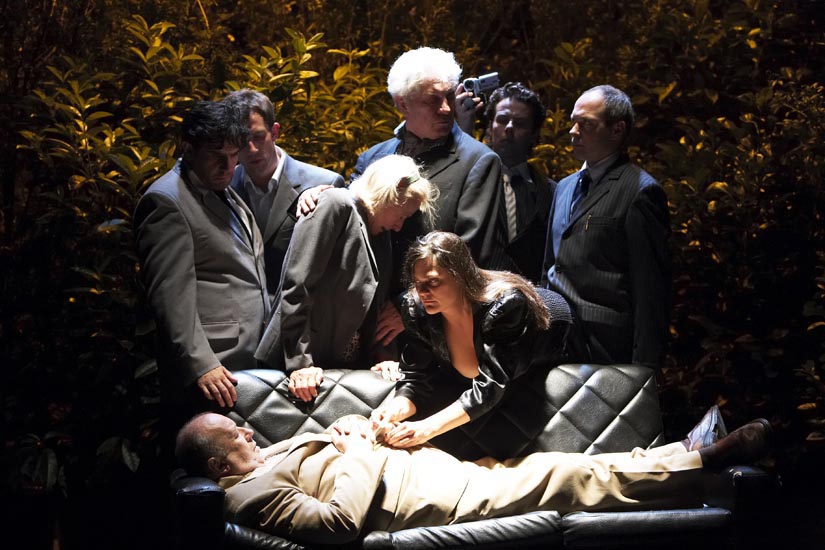 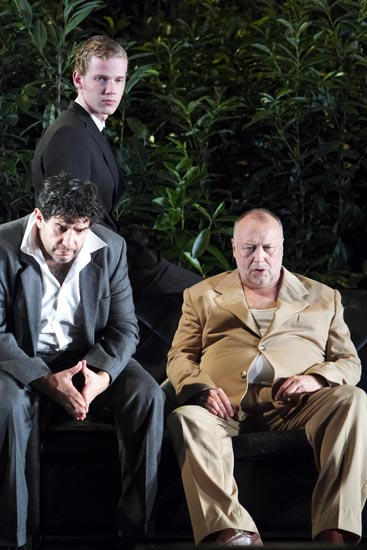 Death of a salesman

Willy Loman, who has been a traveling salesman for 36 years, is done with. His loyal customers have moved away or died, the sales techniques of his younger colleagues are more profitable than his, and the endless driving his job requires has become torture. In his personal life there is no escape either: his children, long since adults, are lazy failures. His eldest son, Biff, a promising football talent as a teenager, dreams of a restful life on a ranch and refuses to follow his father into business. Happy, the younger son, is a gainfully employed opportunist who continues desperately to vie for his parents’ attention, and who is continually entangled with various women. When Willy loses his job, he sees only one way out: a suicide disguised as a car accident, enabling his family to start anew with his life insurance funds. »Death of a Salesman,» first performed in New York City in 1949, shows the last hours in the life of Willy Loman. Loman, an archetypical small businessman, becomes a victim of the American dream of success and prosperity, and of his own failure as a father.