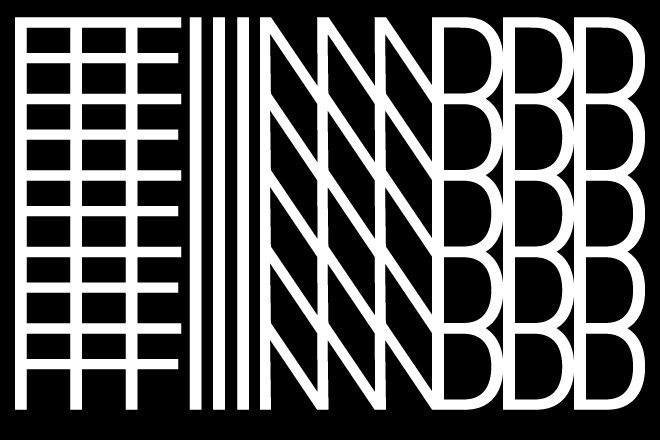 Festival of International New Drama: »Democracy and Tragedy«
From 30 March to 9 April 2017

European and Western democracies find themselves in a severe process of radical change: national bankruptcies, an evergrowing influence of economic interests and lobbying on political decision-making, the increasing gulf between the rich and the poor, unemployment, terrorism, scarcity of resources and the reversion to nationalism and right-wing populism threaten social harmony, solidarity and open borders.

Against the backdrop of this gloomy panorama, the 2017 Festival of International New Drama is drawing together productions from internationally renowned theatre-makers under the collective title of »Democracy and Tragedy«, two concepts which have been closely linked since Ancient Greece. For Attic democracy was predicated upon the experience of tragedy as political consciousness and a delineation of existence. The depiction of all the emotions and culpable entanglements which were repressed in political reality was intended to purge the gathered public, via pity and fear, of those very emotions and entanglements.

Following these origins of the theatre, the works presented in FIND 2017 address the current state of democracy, its imperilment, repressed guilt and contradictions. They interrogate social and family inheritances and our concept of community as well as the individual’s place within it and use the stage to contemplate how we can live together in the future.

Angélica Liddell (Madrid) is working for the first time with an ensemble theatre, directs actors from the Schaubühne in her play »Dead Dog at the Dry Cleaner’s: the Strong«.

March to November 2016. The kitchen in the Gabriel family home in South Street, Rhinebeck, a small town 100 miles north of New York. In these three plays, real-time snapshots allow us to follow not only the American presidential election but also a year in the life of a middle-class family and the private hopes and fears of its members. In his new trilogy »The Gabriels: Election Year in the Life of one Familiy« Richard Nelson interweaves big national events with small occurrences in private lives and presents us with a portrait of a world in which the personal, social, cultural and political are all inseparably connected.

From the perspective of today’s (post)democracy Romeo Castellucci (Cesena) identifies Alexis de Tocqueville’s »Democracy in America« from 1835 as the turning point in European thought about the state per se. Castellucci’s production associatively follows the story of this young Frenchman who contemplates American democracy with both wonder and fear.

»Tristesses« by Anne-Cécile Vandalem (Brussels/Liège) is set in a contemporary Europe where right-wing populists are gaining a growing influence, including Martha Heiger’s North European »Party of National Awakening«. On the fictional Danish island of »Tristesses« the body of Martha’s mother is discovered. She has hanged herself and is wrapped in a Danish flag. Martha attends her funeral. Two young girls plot to assassinate this politician who is threatening their future. But on the day of the funeral itself, the situation changes dramatically. Using black humour, Vandalem lays bare how contemporary politics is rendered hysterical.

»Hamnet« by Irish theatre collective Dead Centre (Dublin/London) is devoted to Shakespeare’s only son who died at the age of eleven. Hamnet is too young to understand Shakespeare. We are too old to understand Hamnet.
A thinking space develops between two generations who ask themselves which legacies they wish respectively to pass on and receive.

The Colombian collective Mapa Teatro (Bogotá) is showing »LOS INCONTADOS – Anatomía de la Violencia en Colombia: un triptico«, a panorama of the wave of violence which has defined the country for over half a century. Part 1 turns an Afro-Colombian ritual into a delirious performance: masked men dressed as women trek through the streets whipping everyone who is not masked and a transvestite. Part 2 presents the ghost of a murdered drug mafia overlord who, in the company of his bride, must look the ghosts of his own past in the eye. In Part 3 a family wait in front of the radio for news of a revolution that will never come to pass.

In »Verein zur Aufhebung des Notwendigen« Christophe Meierhans (Brussels) throws a dinner party about democracy. Following recipes from a cookery book written by Meierhans, the audience prepares a two-course menu complete with appetisers and drinks. The kitchen becomes a theatre of generally binding decisions made collectively or individually. The food will taste exactly like the sum of these decisions – an experiment with an open ending.

»Acceso« is the first theatrical work by multi-award-winning Chilean film director (»Neruda«, »Jackie«, »El Club«) Pablo Larraín (Santiago de Chile). Actor Roberto Farías plays Sandokan, an outsider who flogs cheap goods to passengers on the Transantiago bus. Bit by bit, he tells stories from his past which was shaped by poverty, violence and sexual abuse and creates a savage indictment against a deeply corrupt system.

»Tijuana« by young Mexican theatre collective Lagartijas tiradas al sol (Mexico City) is part of a triptych entitled »Democracy in Mexico« and is based on an actual personal experiment: for six months writer and performer Gabino Rodríguez worked for minimum wage under an assumed identity on a factory assembly line in the border city of Tijuana. Whilst there he was not only confronted with inhuman methods of exploitation and vigilantism amongst the workers as a result of a failing system of law and order but also with his own contradictions and social prejudices as a middle-class artist.

»Pendiente de voto« by Roger Bernat (Barcelona) lets the audience decide on questions of the commonwealth in an electoral experiment. Equipped with voting devices, the spectators become a model society. Individually, in pairs or in groups, they must defend their positions, convince others and make decisions.

»Iphigenia in Splott« by Gary Owen (Cardiff) tells the story of an impossible love between a young Welsh working class woman called Effie and a disabled ex-soldier.

»Sei, wer du nicht bist« by Saman Arastou (Tehran) talks about the situation of transgender people in Iran, drawing on the personal experiences of the author, director and leading actor of the play.

In »Please Excuse My Dear Aunt Sally«, US playwright Kevin Armento tells the story of a schoolboy having an affair with his maths teacher – from the perspective of his mobile phone. Christoph Buchegger will present the play for the first time in Germany in a workshop production with members of the ensemble of the Schaubühne.

In »From here I will build everything« the Belgian actor CédricEeckhout, who at FIND 16 acted in Sanja Mitrović's production »Do You Still Love Me?«, conflates his personal crisis with the European crisis in a short stand-up monologue.

There will also be various post show talks, a panel discussion on »Democracy and Tragedy« as well an edition of our political debate series »Streitraum« on the subject of »The Limits of Respect – the Radicalised Society«.

For the seventh time now, the festival will be accompanied by FIND plus, the workshop programme for international theatre students, supported by the Allianz Kulturstiftung and the Deutsch-Französische Jugendwerk (DFJW).


FIND is funded by the German Federal Cultural Foundation.

FIND plus is supported by the Allianz Kulturstiftung, the Franco-German Youth office (FGYO), the Institut français, the European theatre network PROSPERO and the Conservatoire national supérieur d’art dramatique (Paris).