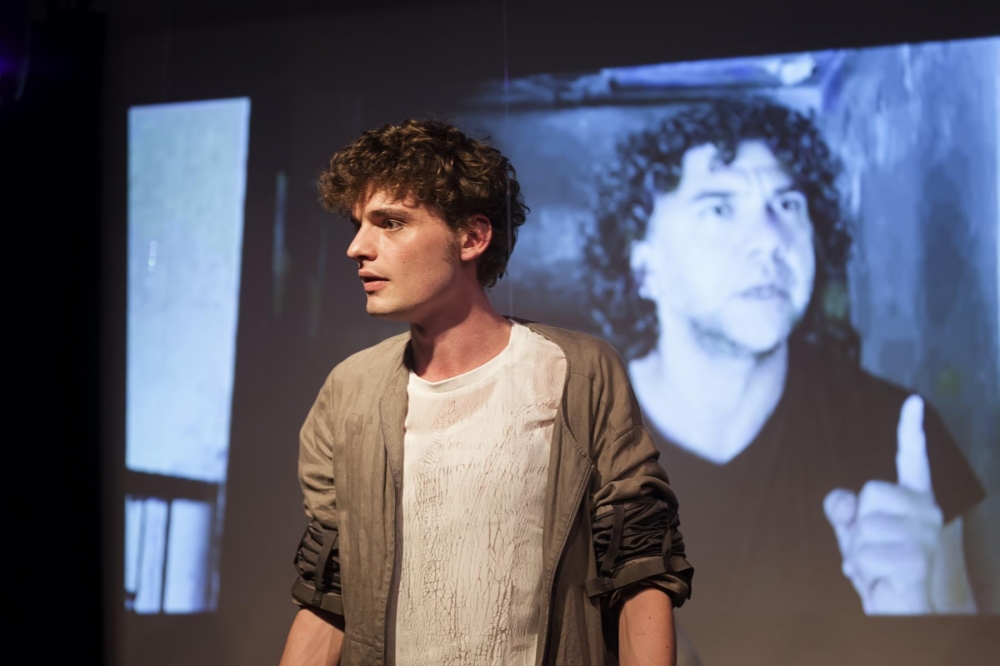 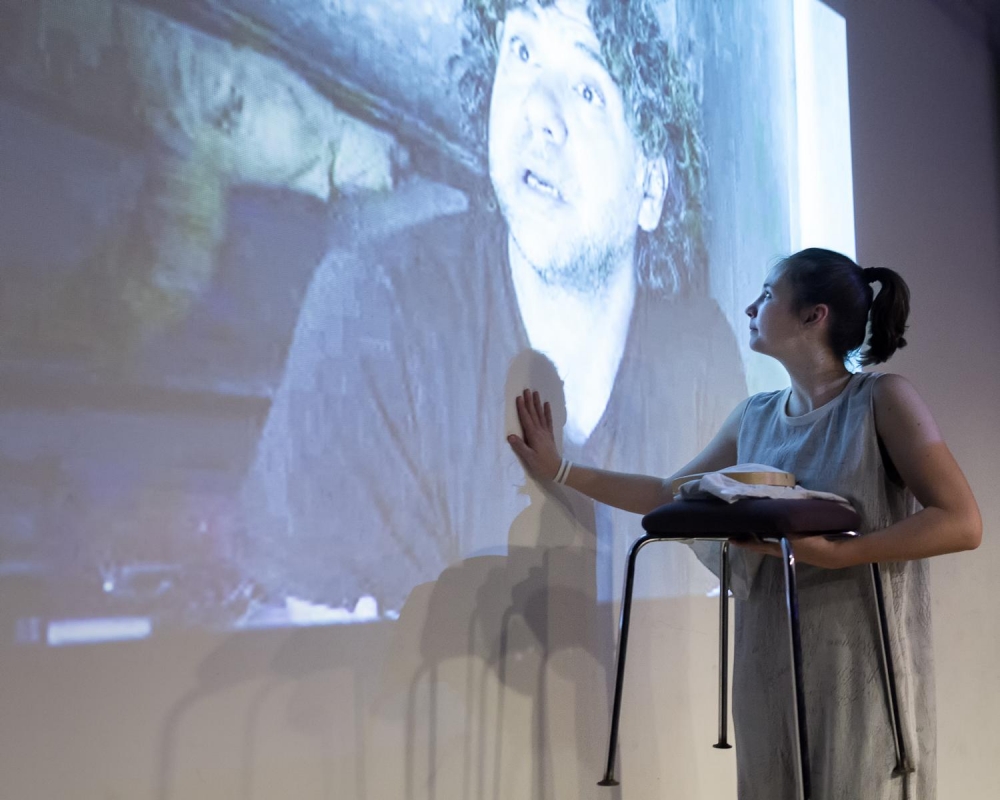 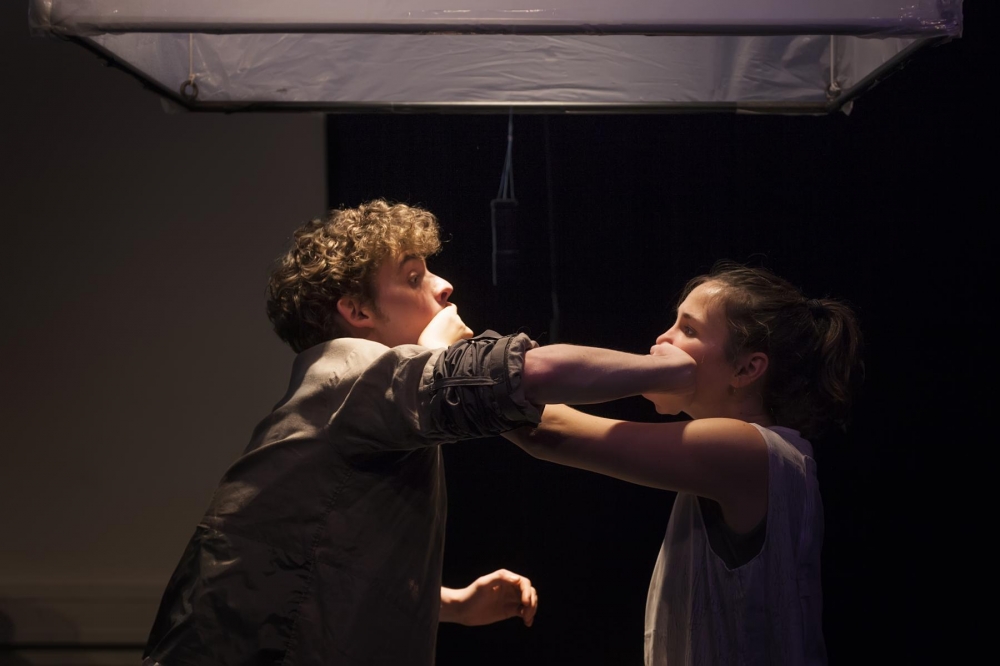 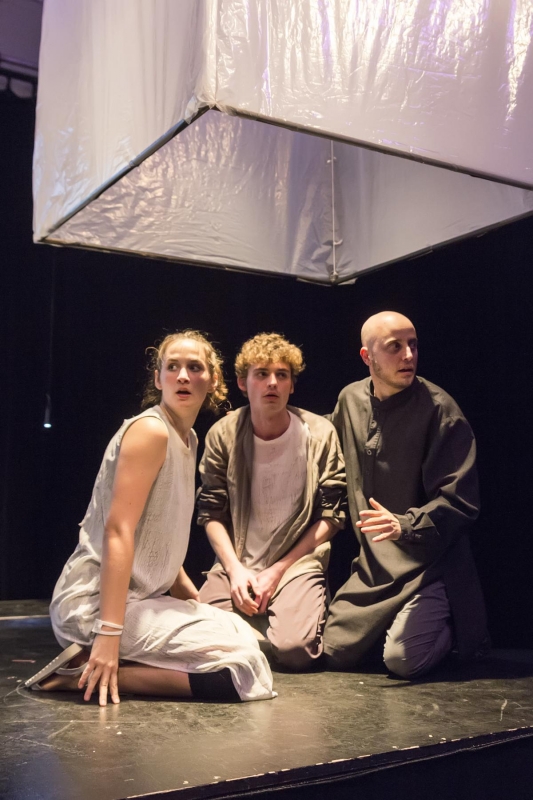 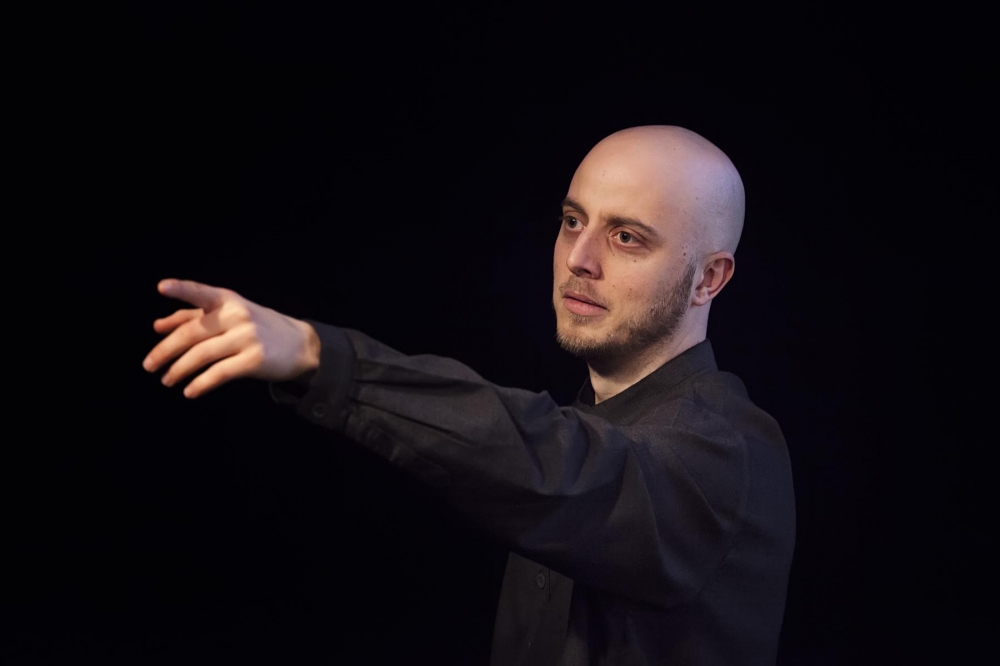 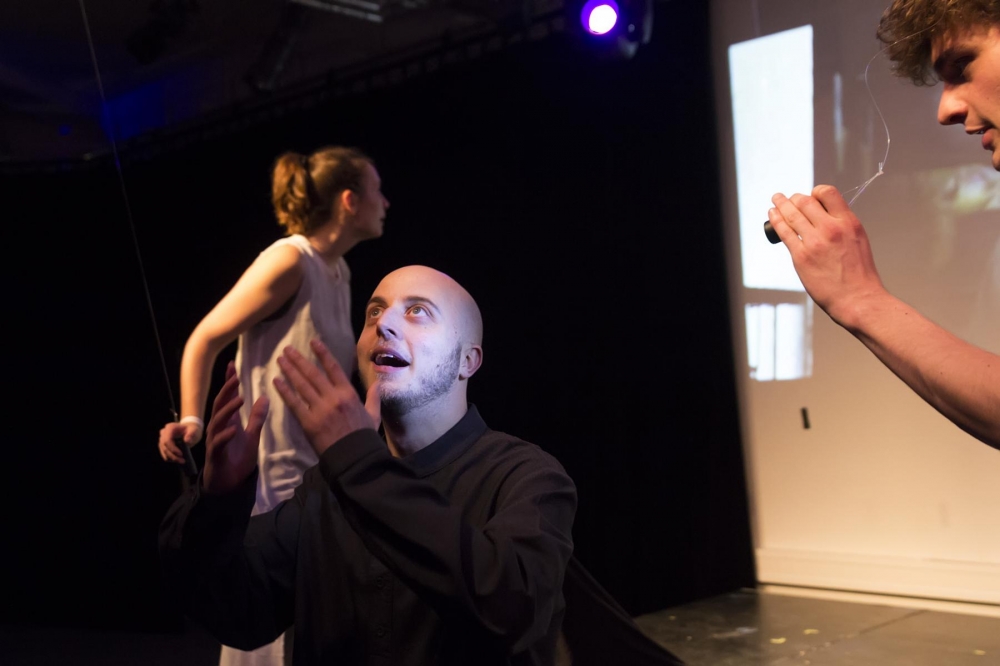 What is it like to leave your homeland behind and, along with it, a large part of your identity? Can you come to terms with the fact that things are no longer as they were before? In »The Trip«, Syrian director Anis Hamdoun tells the story of Ramie, his alter ego who, together with his friends in Homs, took to the streets in protest against the Assad regime and was the only one of them to survive the civil war. He fled to Germany but the voices of the dead grant him no peace. A sense of shame and guilt drive him increasingly into a corner, making it impossible for him truly to arrive in his new land. The short drama »The Trip« asks what the price of survival is, tells of new beginnings in all their ambivalence and simultaneously formulates a poetic accusation against the blind totalitarianism of the Assad regime. As part of the »Spieltriebe 6« festival for contemporary theatre Anis Hamdoun first worked at the Theater Osnabrück; since then his autobiographical drama »The Trip« has played in repertoire there as well as touring.

Anis Hamdoun, *1985 in Homs, Syrien
Director. He started studying chemistry in 2004. In 2006 he worked as assistant director for his grandfather Farhan Bulbul. At the same time he taught theatre and English at private schools and developed his own teaching style, which uses the figure of the Arab narrator to support the development of the childrens’ personalities. He started his own theatre project in the Al-Khalidya quarter when the cultural movement against the Assad regime started in 2011. He had to leave Syria in 2012 when the secret service imprisoned a close friend. He came to Osnabrück in Germany via Egypt at the end of 2013. Here he directed »The Picture of Dorian Gray« and »Tartuffe« for the English Theater Group The Ostensibles. Additionally he developed the TV-format »Achso from Osnabrück« together with Maan Mously, which explains the structure of the town to refugees.