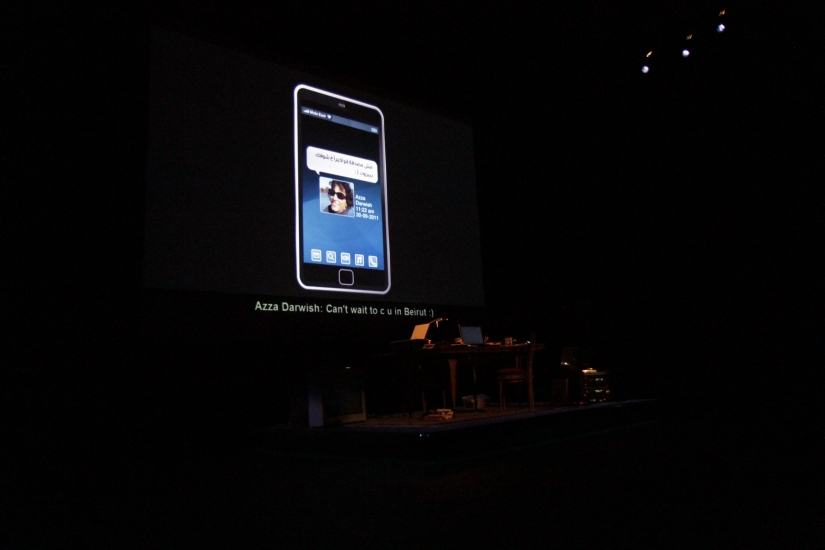 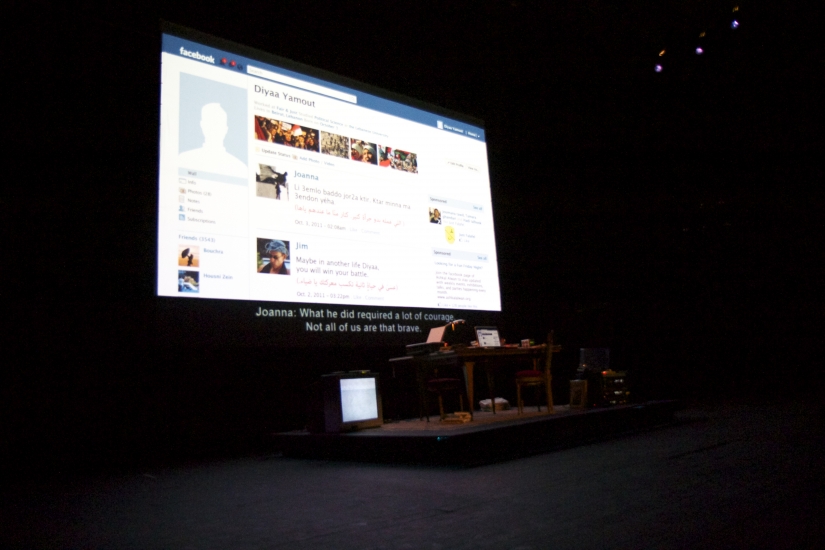 33 RPM and a few Seconds

Guest Production from the Lebanon
by Rabih Mroué and Lina Saneh

Diyaa Yamout, a young, leftwing activist from Lebanon, kills himself. He explains in his suicide note that the reasons for his act are purely personal, not political. Following his death a discussion arises in which the ideological trenches, socio- political schisms and hopes of an entire society become apparent. In their semi-documentary performance, Rabih Mroué and Lina Saneh reconstruct the final moments in Yamout’s life and expose the problems of a deeply divided country in which the Arab Spring remains wholly ineffective. Can an act of desperation, whether politically motivated or otherwise, rekindle the hope for change? Yamout is dead but everything else lives on: in the bedroom, the TV is still playing, the answerphone, the computer ... Time stands still and begins anew; a story is being assembled from fragments of communication.

>>> Article about 33 RPM on our festival blog