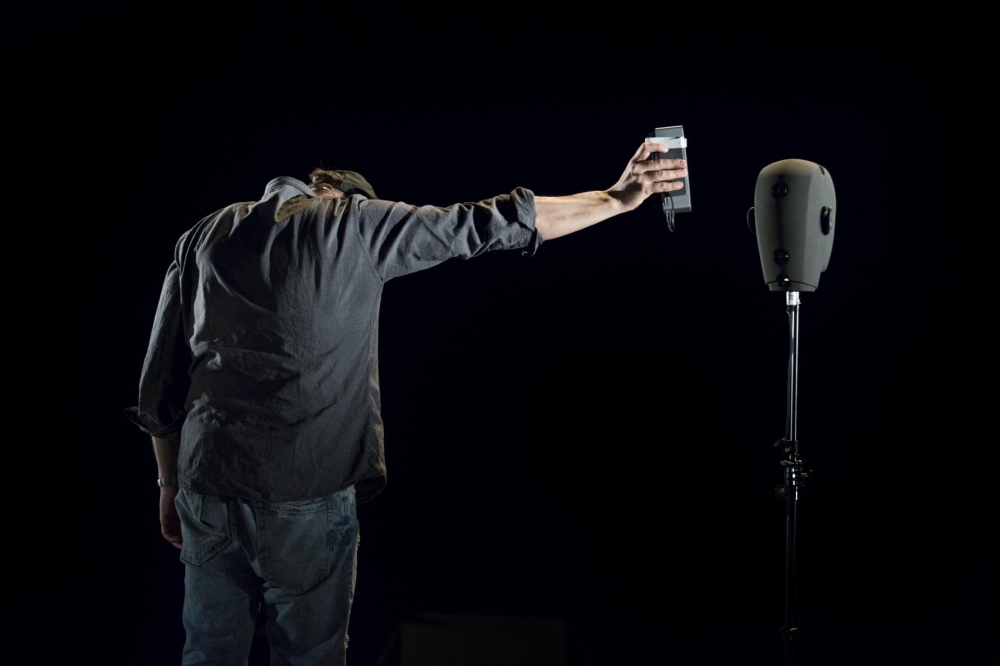 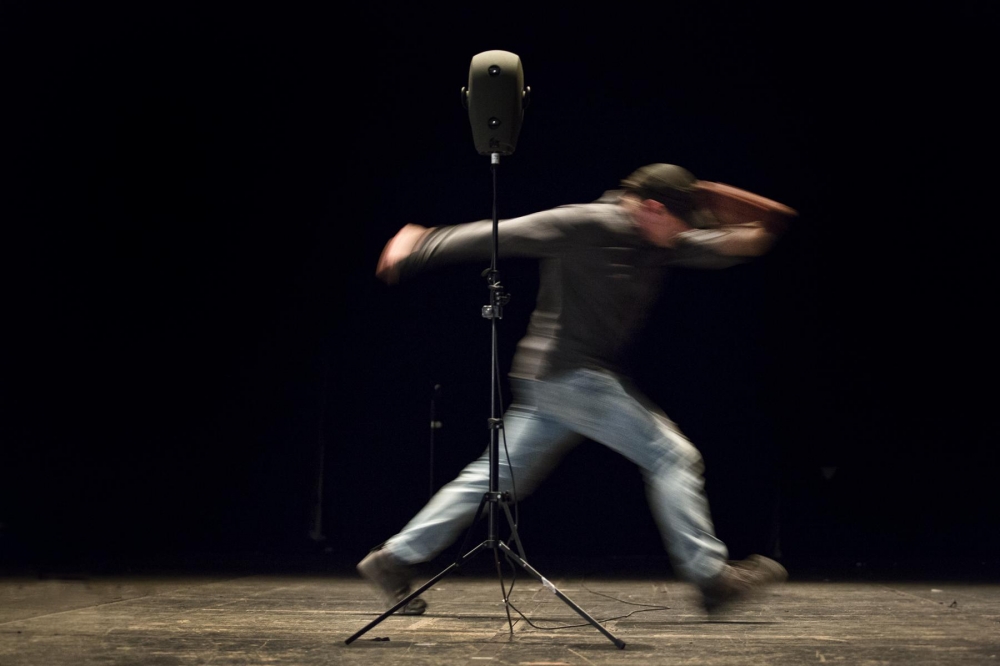 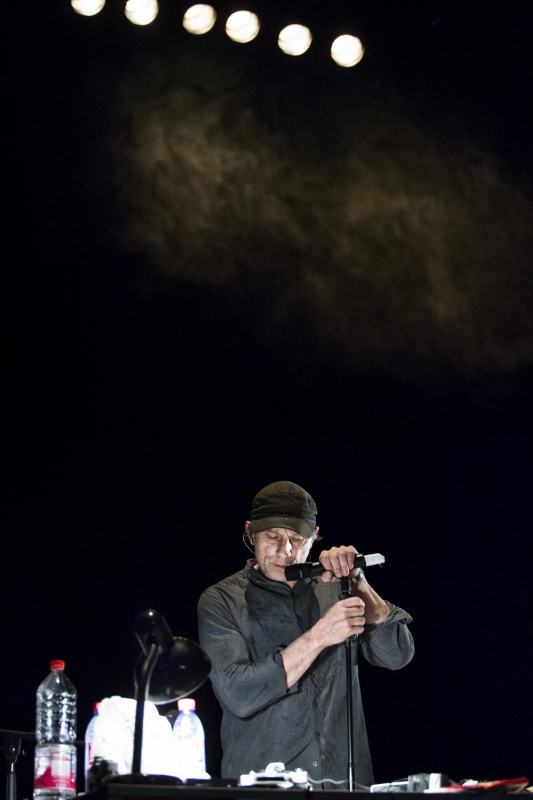 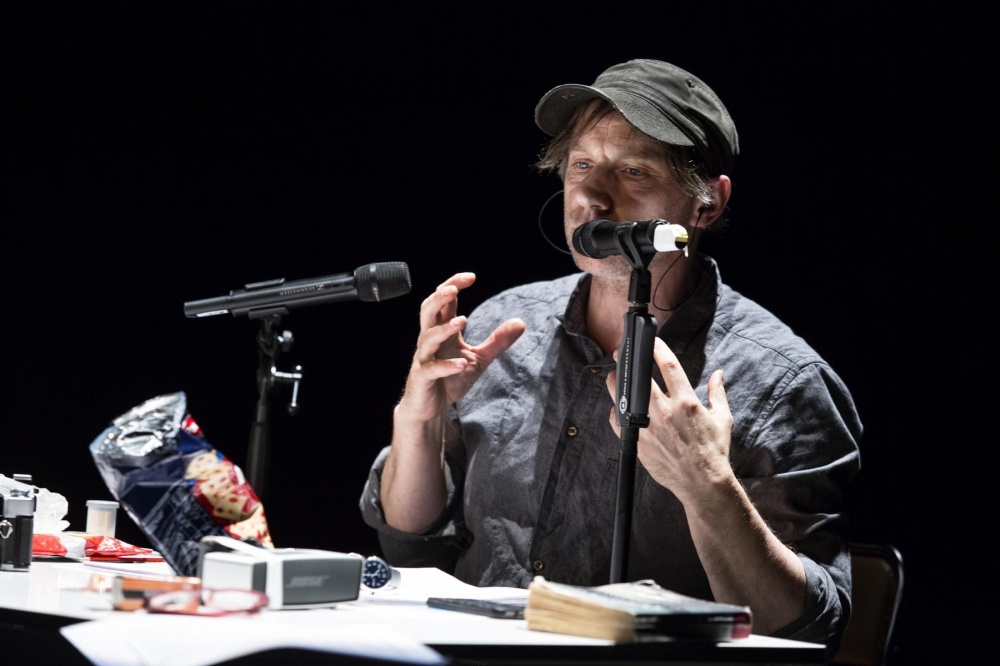 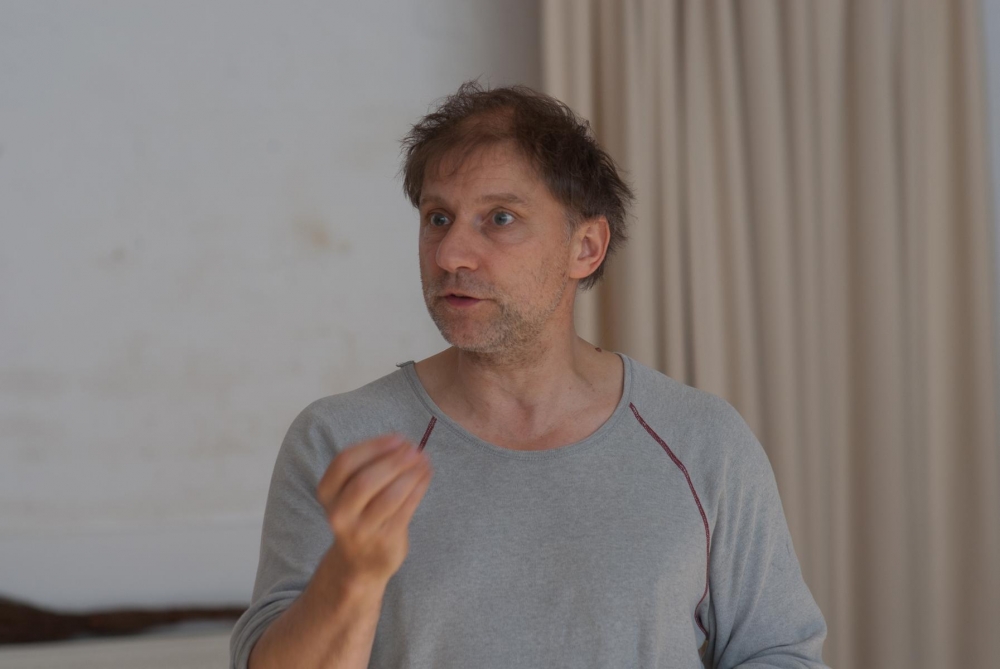 For three performances only, Complicite brings the first fragments of a new performance to Berlin.
Inspired by the novel »Amazon Beaming« by Petru Popescu and using the text as a springboard from which to explore ideas as wide-ranging as human consciousness and climate change, this presentation will be a series of experiments with theatrical form and audio technologies. Performed by Complicite's director Simon McBurney, the piece leads its audience through a set of encounters with nature, time and human consciousness. Interwoven around the story of one man's extraordinary experience with the remote people of the Javari valley, it uses binaural technology to create an intimate and shifting world of sound.
Please note this is a work-in-progress presentation of a new work. Audiences will be required to wear headphones (that will be provided).

Simon McBurney is an actor, writer, director and co-founder of Complicite. He has created and acted in more than 30 productions for the company. Recent work includes »The Magic Flute« (2013) and »A Dog’s Heart« (2010) for De Nederlandse Opera, and for Complicite »The Master and Margarita« (2011), »A Disappearing Number« (2007) and »Shunkin« (2008) for which he was awarded the Yomuri Theatre Award Grand Prize for Best Directorin 2009. Appearances in films such as »Tinker Tailor Soldier Spy« (2011), »Magic in the Moonlight« (2014) and »The Theory of everything« (2014). He was the recipient of the 2008 Berlin Academy of Arts Konrad Wolf Prize for outstanding multi-disciplinary artists and was the first British Artiste Associé at Festival d’Avignon in 2012.

Since it was founded in 1983, Complicite has toured the world and helped to shape the landscape of modern drama. From being smuggled into a shanty town in Chile to perform in 1984, to being broadcast live into cinemas across the globe, Complicite has continued to experiment and collaborate – working with the Barbican, the National Theatre, Setagaya Public Theatre in Tokyo, the Los Angeles Philharmonic orchestra, De Nederlandse Opera, and the Pet Shop Boys, amongst others. Complicite has won more than 50 major global theatre awards.