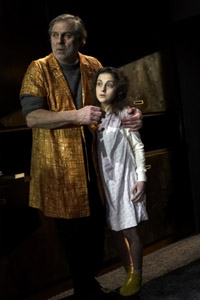 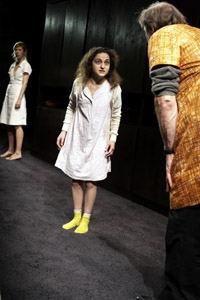 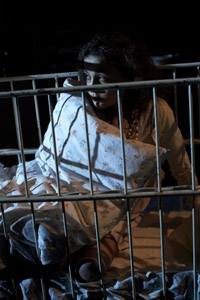 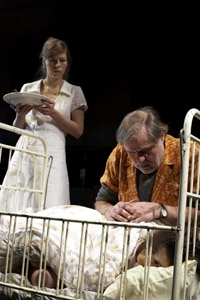 Julia must get accustomed to a number of her new employer’s idiosyncrasies as she begins her job. She is supposed to be at his fingertips at all times, and to keep the house in order, but she’s been told not to make any noise at all – even the vacuum cleaner is too loud. Further, she’s not allowed to air out the apartment, nor even to draw the curtains open. She must cook the same thing each day: veal fricassee with mushrooms and rice.

Most importantly, she is strictly forbidden from entering the locked room which Mr. Walter occasionally enters. But she keeps hearing strange – human? – noises emerging from the room, which make her more and more curious. When Julia finds soiled women’s clothing in the laundry, she must finally decide: does she give up her new job, or probe to get to the bottom of Mr. Walter’s secret.