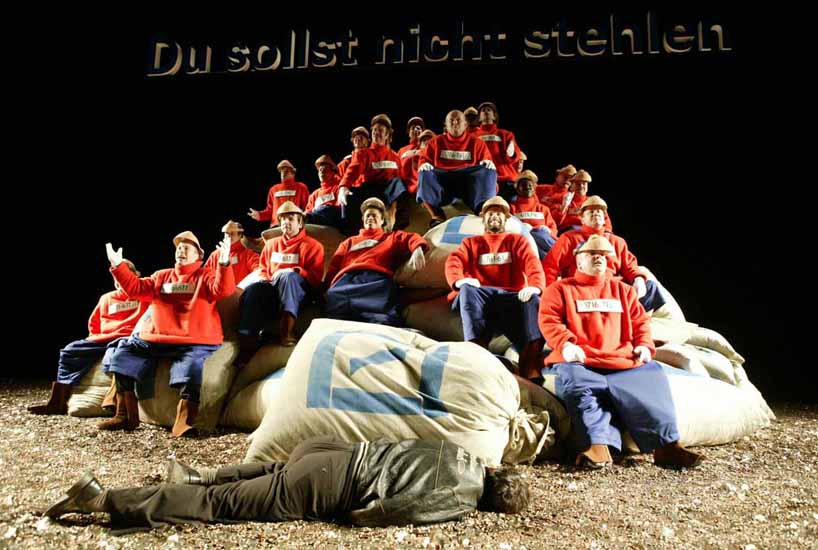 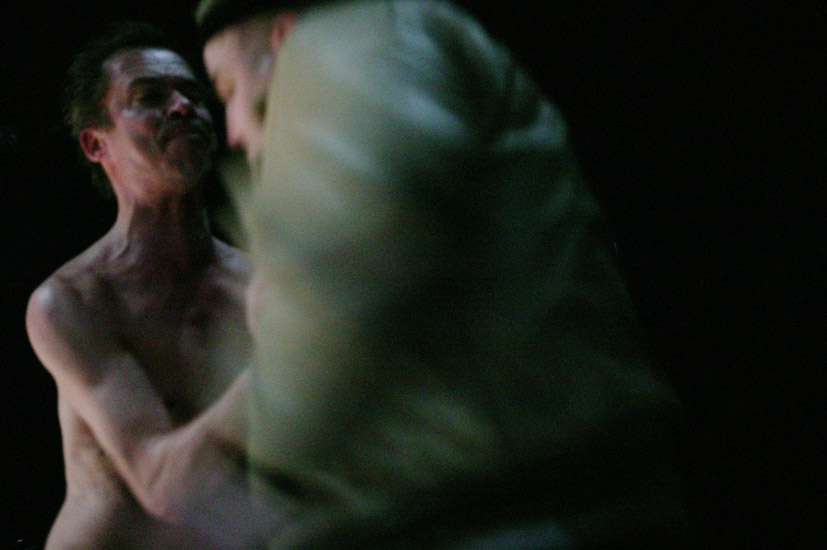 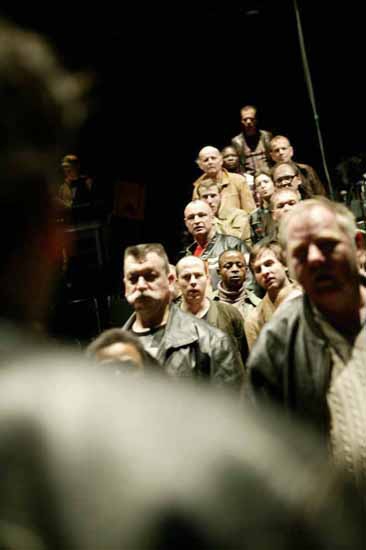 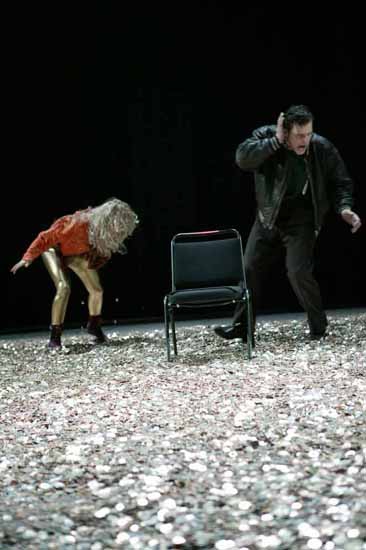 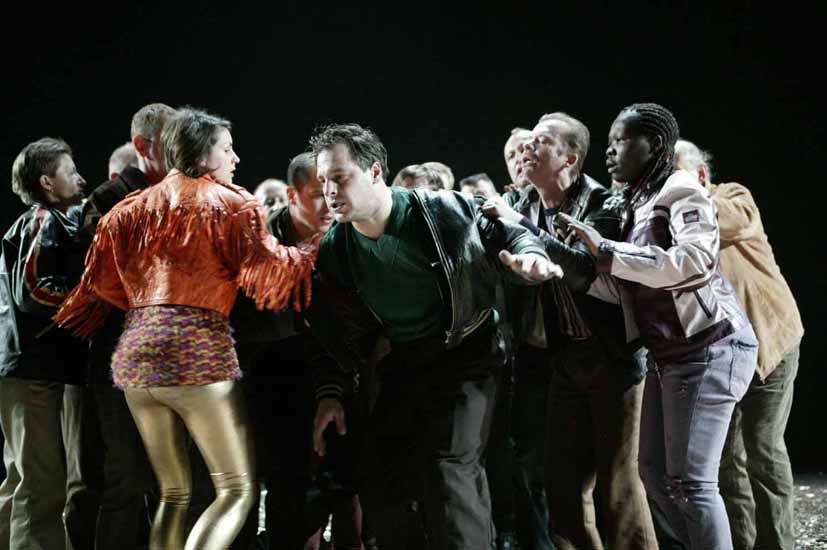 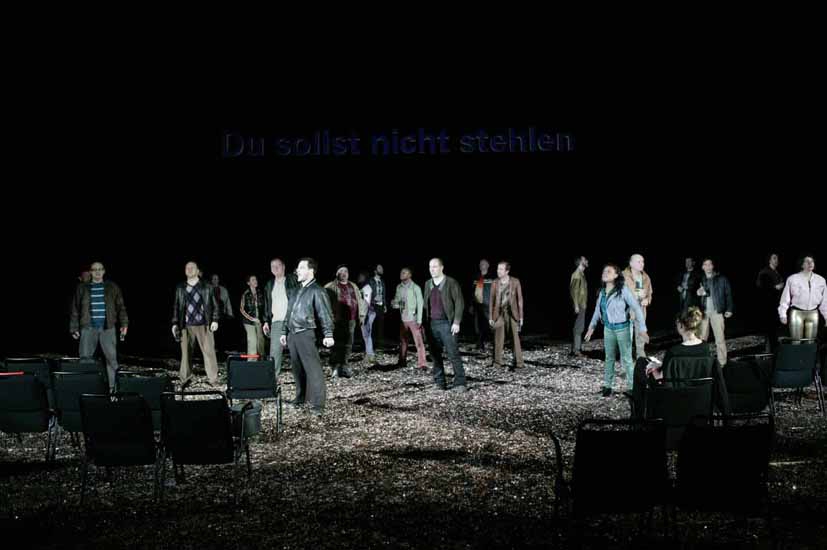 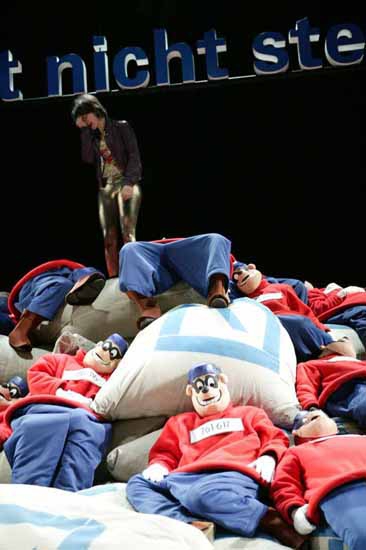 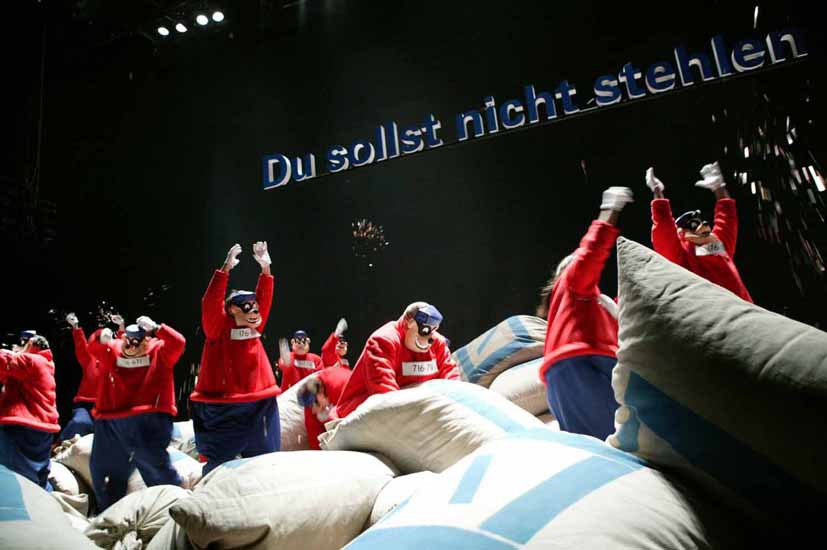 A free adaptation of the novel by Alfred Döblin.
Direction: Volker Lösch

1929. Franz Biberkopf, cement and furniture transporter has struck dead his beloved Ida in a jealous rage. After he’s done his time in Tegel prison he’s let out into a Berlin whose raging traffic and hurrying people totally overwhelm himafter the security and order of prison life.Determined fromnowon to lead a decent life he tries to get by on his own, but after a supposed friend deceives him he falls back into a life of criminality and lands up in jail again. When he hears that his new love Mieze has been murdered he has a breakdown and is committed to a psychiatric institutionwhere, for the first time, he owns up to his actions and accepts his feelings of guilt for the criminal life he has led. Biberkopf is given his freedom for the second time and, this time as a reformed man, finds himself work in a factory.
2009. Former criminals are often let out into highly precarious conditions. Although they have legally atoned for their crimes the people whom they live among usually shun them. Time in prison is perceived as a stigma, and freed prisoners must contend with shame and isolation. The majority fail in their attempt to put into practice their good intentions for a crime-free future.
In Germany in 2007 a total of 84,300 people were let out of the prison system, 8,300 of them in Berlin. Using the story of Franz Biberkopf as a literary frame, »Berlin Alexanderplatz« explores the fate and experiences of released prisoners with a choir of present-day Biberkopfs and actors.
Volker Lösch, who was invited to the Berliner Theatertreffen Festival at the Deutschen Schauspielhaus in Hamburg with his production of »Marat, what became of our revolution« in spring directs for the first time in Berlin.