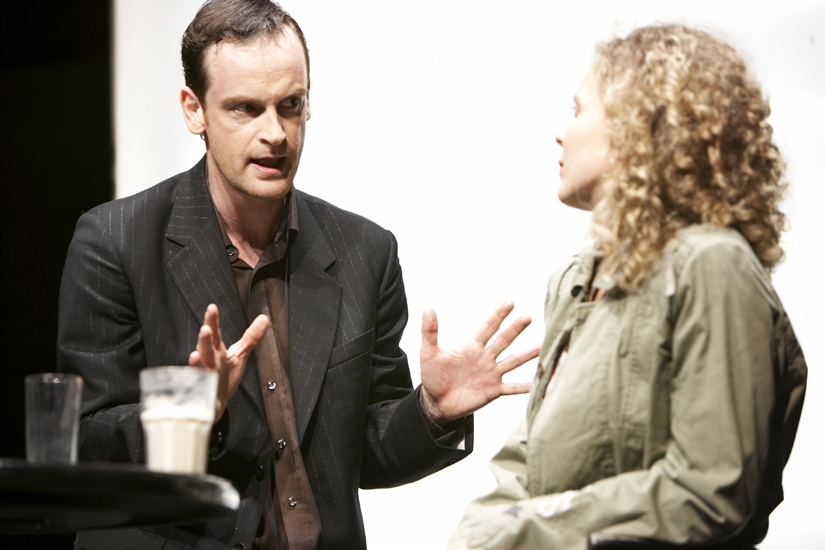 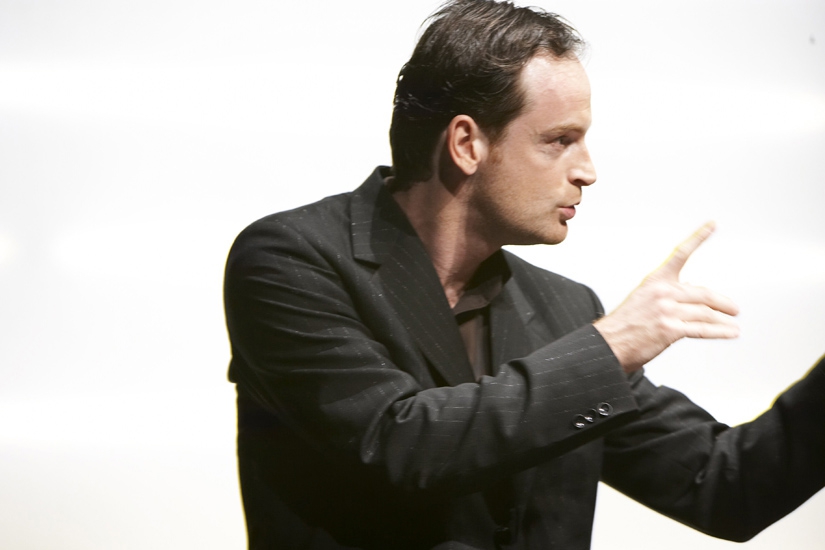 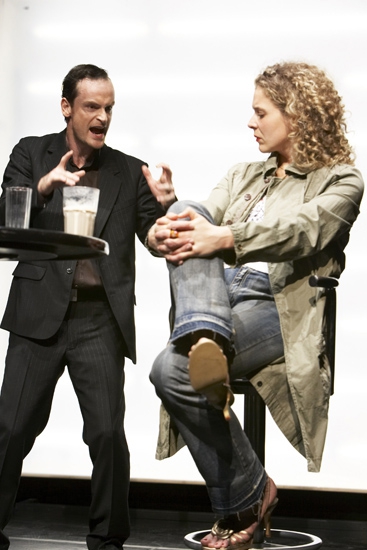 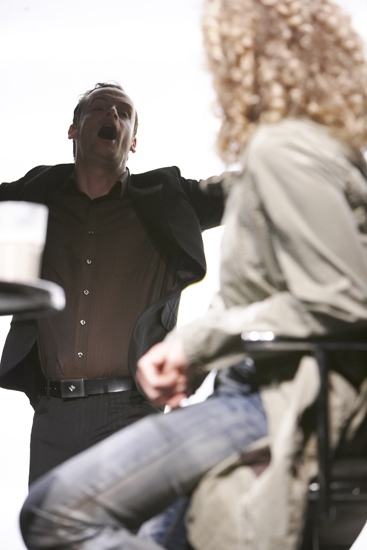 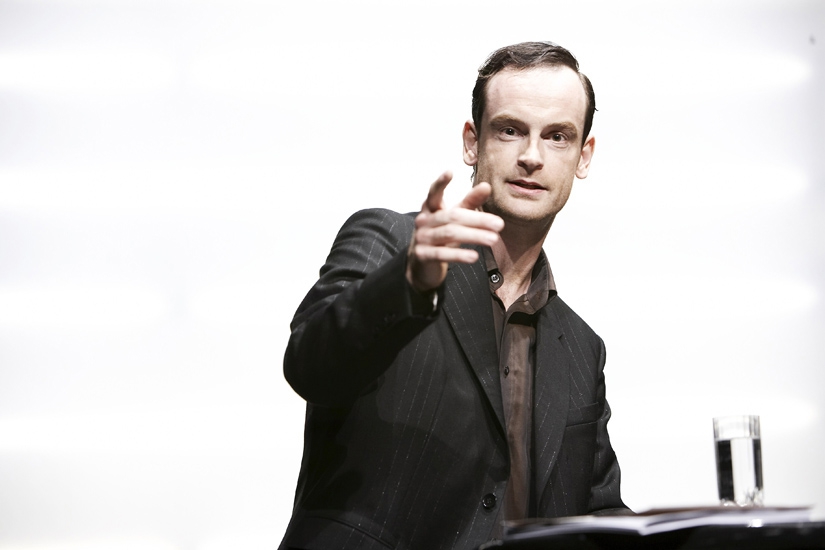 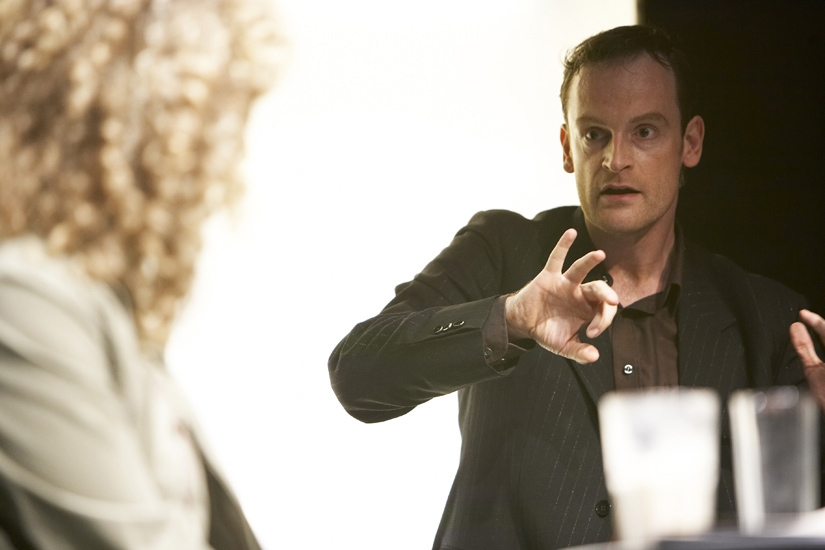 »But this script, this story, I … I have lain on the floor in my office and wept when I read this script you see? You see?«

B-movies are hell. And it’s exactly this hell that the manic, unctuous film producer James wants to protect a sexy starlet named Amy from. His goal: filming »Product,« an amazingly promising story!

This racy, totally over-the-top piece is a fireworks display of political trash and kitschy romance, and doesn’t stop at Micky Mouse or bin Laden himself to prove it. What does Lara Croft have to do with Guantánamo anyway?

Mark Ravenhill’s new work is a satire about the Hollywood dream factory, which takes 9/11 as nothing more than a hot template for a political mockery. This is pure black British humor.

»Product« was premiered at the Edinburgh Festival. There Ravenhill himself took to the stage for the first time. At the Schaubühne, the current production was seen as part of F.I.N.D. 6.