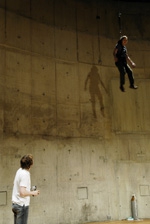 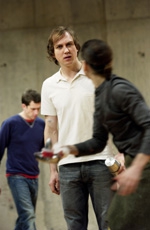 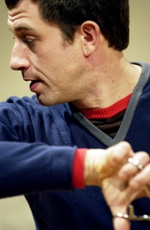 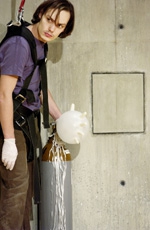 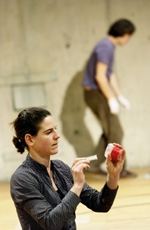 Lette is ugly. So ugly that his boss forbids him to present his new invention, a high-voltage plug, at the next engineering conference in Brig. The effect of his physiognomy on the customers would be too devastating. In Lette’s place his assistant Karlmann will present the plug. Lette, the catastrophic extent of whose ugliness was never so apparent to him, is distraught. But even his own wife understands the rationale behind the boss’s decision. Lette decides to take action and to find a plastic surgeon. As he awakens from the anesthesia, nothing is as it was before. The doctor has achieved a masterpiece, and Lette’s life is completed transformed. His new appearance affords him unimaginable career, financial, and romantic opportunities. With one success chasing after another, he is catapulted onto a completely new and exciting life path. Of course his earlier friends and colleagues are left behind. He seems to have it made. But suddenly people who look exactly like him appear all over the city. The doctor has systematized his new procedure and applies Lette’s »Unique Face» to anyone who is willing to pay for it. When his assistant Karlmann is operated on, Lette is forced to fight for his own identity, which is no longer secure. And the road back to what he had is quite literally cut off.