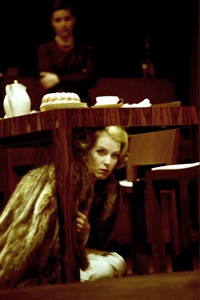 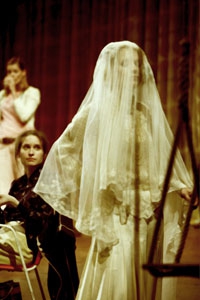 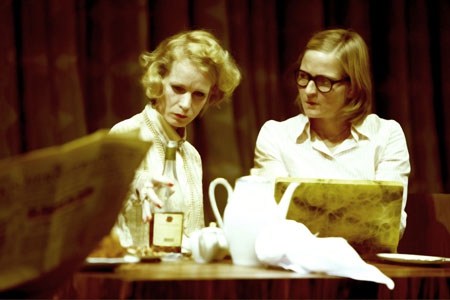 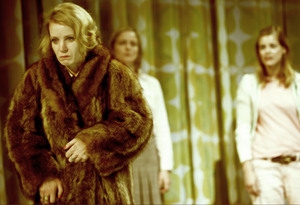 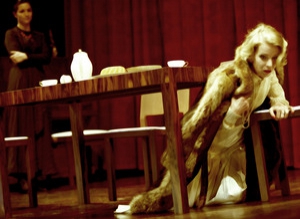 1993. Finally, Heidrun Heising, her mother Witha, and her daughter Hannah, can return to the family home in Dresden. It’s meant to be a new beginning for the family. But moving in also brings back memories of significant turning points in the lives of both Witha and Heidrun. 1935. The Schwarzmann’s, a Jewish family, sell the house to Wolfgang Heising to pay for their escape abroad. But the house doesn’t bring its new owners any luck either; the end of the war in 1945 sees the city destroyed in a firestorm along with the death of father Wolfgang. 1953. Witha and her daughter Heidrun flee the GDR and leave the house and their past behind them. After the fall of the wall, the homecoming develops into a haunting unravelling of history. Stefanie waits outside the door, unexpected. She grew up in the Heisings« house during the GDR period, brought up by her grandfather. After his death she, too, wants to live in her old home. Heidrun’s daughter, on the other hand, wants to get away and decides to search for the Schwarzmann family in New York. Suddenly, the family legend about the father who once saved a Jewish family is transformed into the central conflict about who can lay claim to the house, the place where the life lines of five women intersect, with all their injuries and desires, their memories and dreams for the future.
The scenes in Marius von Mayenburg’s new play jump between time periods and follow mothers and daughter as they create their family history through a dialogue of remembrance. The struggle between consolation and truth takes one through a history of displacement, reinterpretation and the recurring past of a German family.