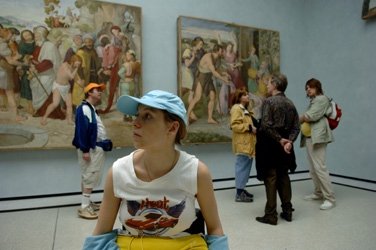 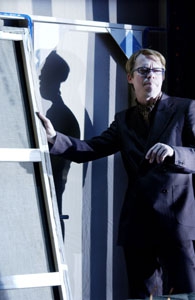 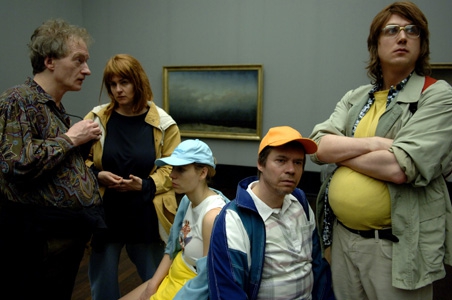 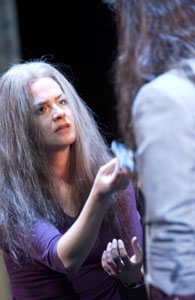 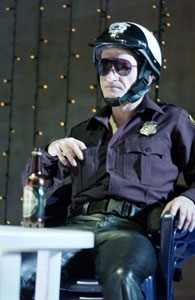 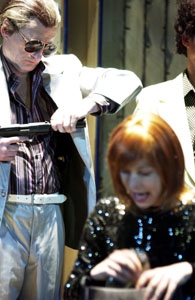 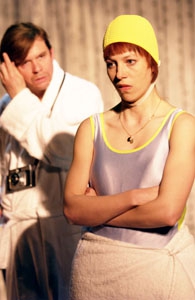 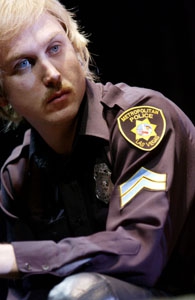 Modern adventurers meet in motel rooms around Las Vegas: art dealers, policemen, roulette players, actors – and the mathematician Finnegan. He has found an equation that makes it possible to calculate the future. But in the attempt to keep his equation a secret, his destiny becomes intertwined with those of the other characters, and all their stories take on unexpected twists. Perhaps Finnegan made a mistake in his sums, after all?
In search of modern equivalents for the Christian deadly sins, in »Stupidity» Rafael Spregelburd - born in Buenos Aires in 1970 – describes the hunt for money and happiness and the coincidences that thwart everyone’s plans.

Tom Kühnel’s last production at the Schaubühne was »Electronic City«. He now continues his cooperation with Julian Rosefeldt in »Stupidity«.