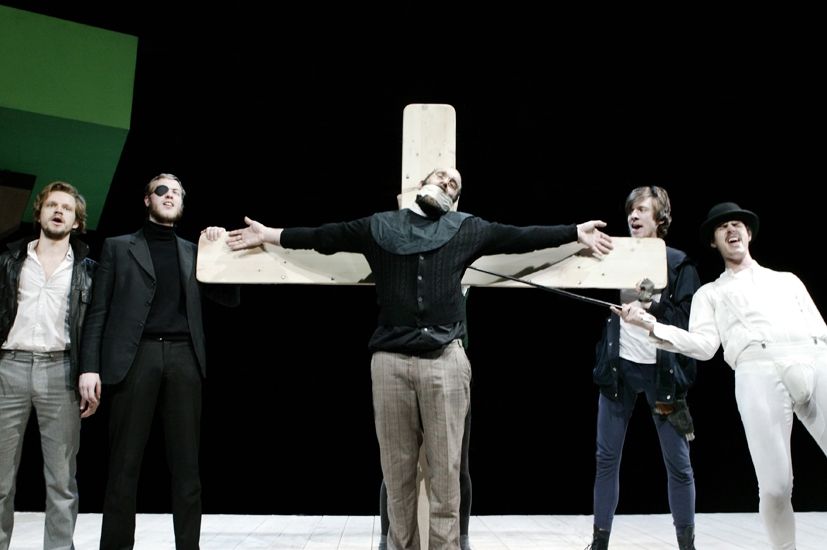 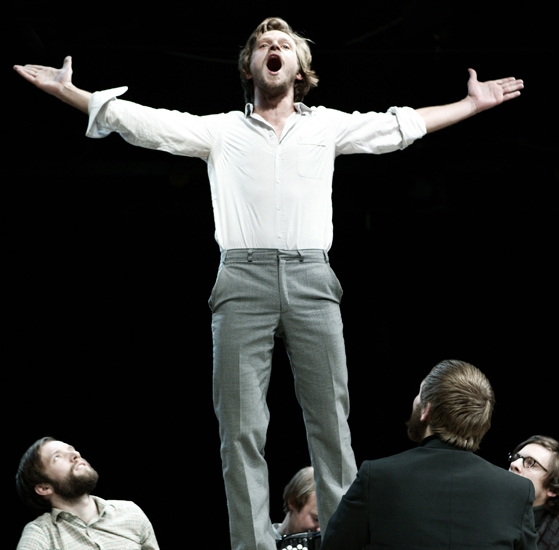 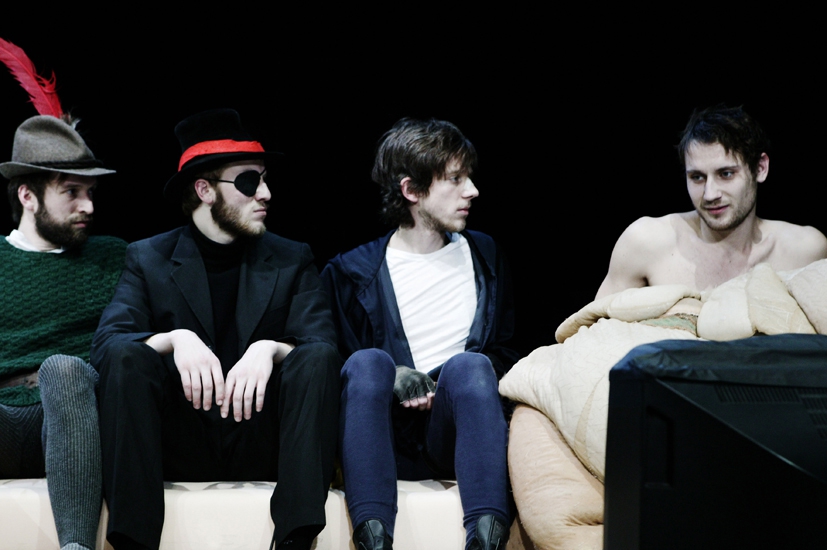 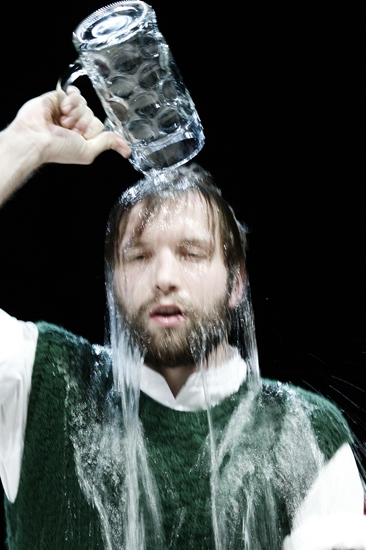 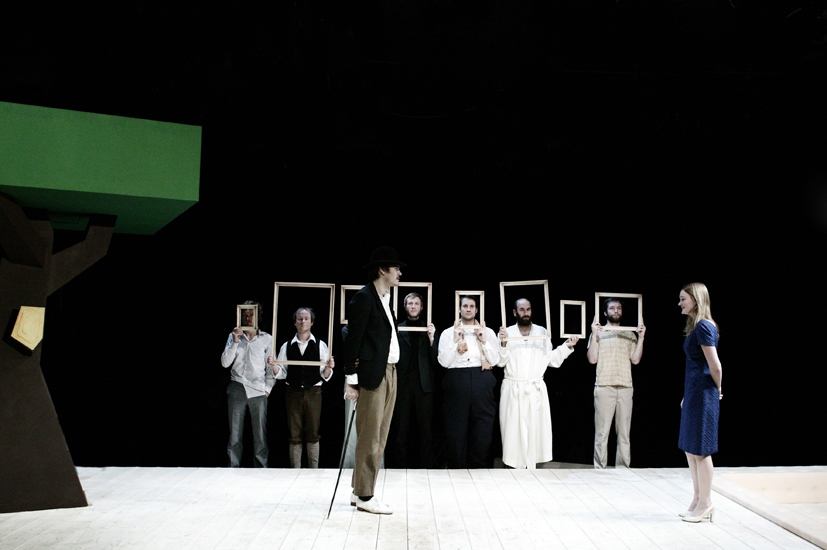 
A co-production with the Hochschule für Schauspielkunst »Ernst Busch« Berlin.

Karl Moor is the model son of the Moor family. He is the apple of his father’s eye, he has a fiancee who loves him and every chance of inheritingthe family wealth. His brother Franz is the unloved child. He hates Karl and does everything to bring himinto disfavour with his father. Franz wants to get his hands on everything that has always been refused him. Values no longer count for him, his family, whose destruction he takes as par for the course, still less. Disappointed and enraged, Karl then turns his back on society and joins a military group made up of angry young men. The group is radical in its aims – Freedom! Independence! Immortality! - and in its choice of methods, and announces war on the long obsolete system of their fathers. Soon, however, violence for violence’s sake becomes the order of the day and idealism descends into aggression. »The Robbers« had far-reaching consequences for the 22-year-old Schiller: arrest, a ban on the performance of the play which was classified as a »revolutionary« play by nearly every German state, a ban on coming into contact with foreigners including writing to them. After the premiere in 1782 he fled Stuttgart by night. »The Robbers«, he wrote in 1784, »cost me my family and fatherland.«