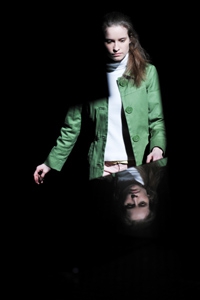 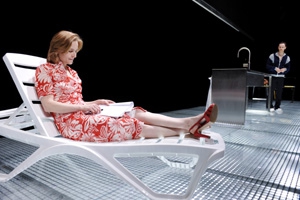 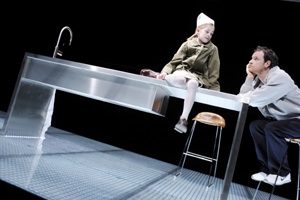 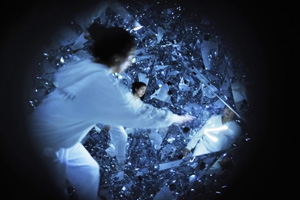 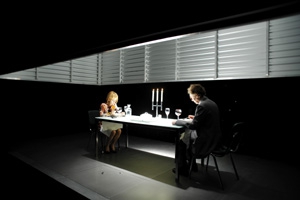 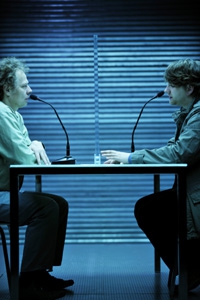 THE CITY and THE CUT

The inner sense of security in Western societies has disappeared. Trust in the Western lifestyle has vanished, and the capitalist promise of prosperity and happiness has become hollow. We find ourselves between a rock and a hard place: between fear of the foreign enemy,
who may well already be among us as a sleeper, and our mistrust of the state. A paranoid reflex toward reality has become the emotional note of our everyday existence.

Two new English theatre pieces occupy themselves with this topic: Mark Ravenhill’s piece »The Cut« describes a society in which the state seeks to control the consciousness of its citizens by using an ominous operation -- something between castration and a lobotomy. But in the meantime regime change is looming, and the protagonists of »the cut« must prepare themselves to answer to the next generation. Martin Crimp’s »The City« illustrates the life of a translator and her recently unemployed husband, and how a fundamental challenge to feelings of security penetrates the couple’s private life and conflicts. Are the stories we tell about our own lives true or invented? Is the war our neighbour describes really happening, and if so, why? How secure is our job, what are our children playing, and what is the wife doing with the author whose work she is translating? The characters’ existence begins to crumble under the pressure of such fears, until finally the very theatrical structure of the piece is affected by this dissolution.