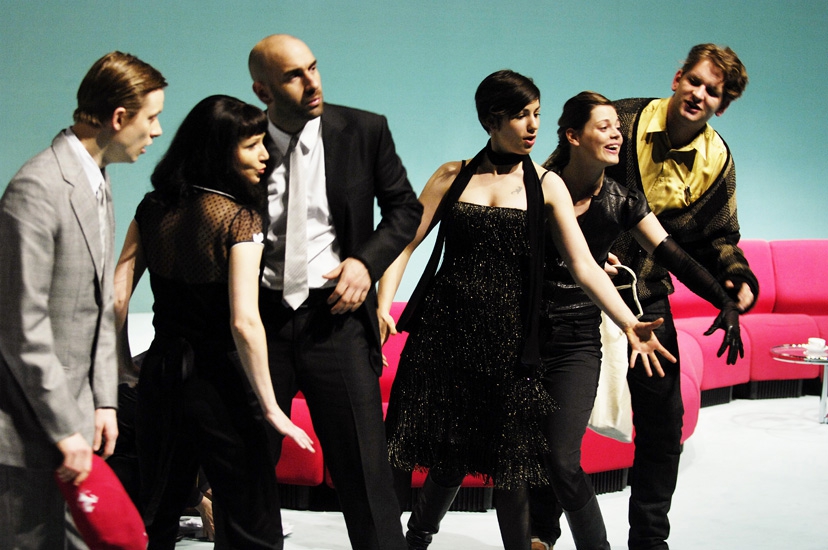 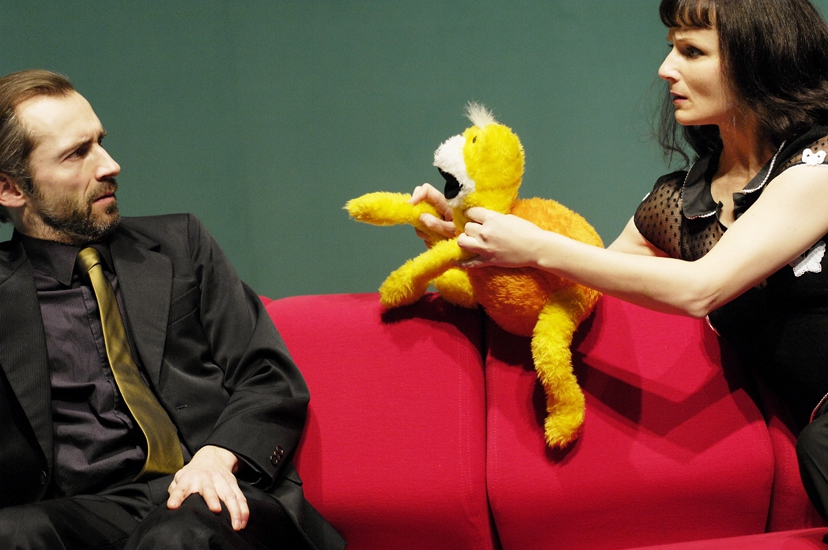 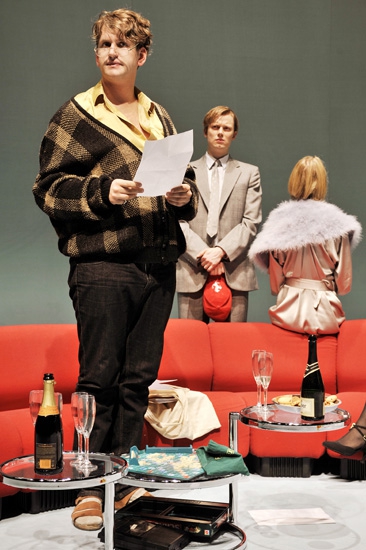 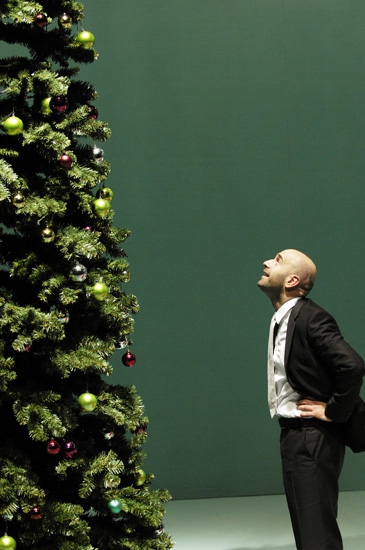 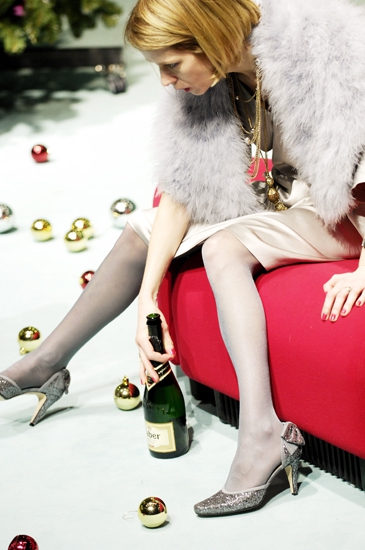 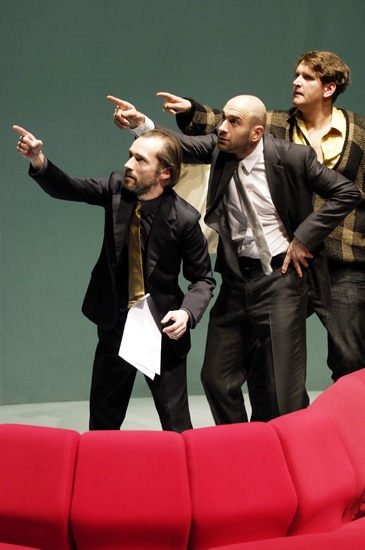 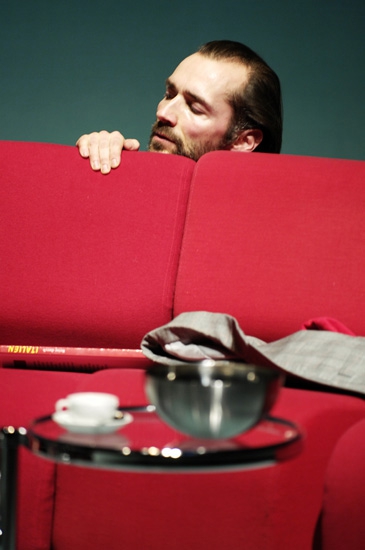 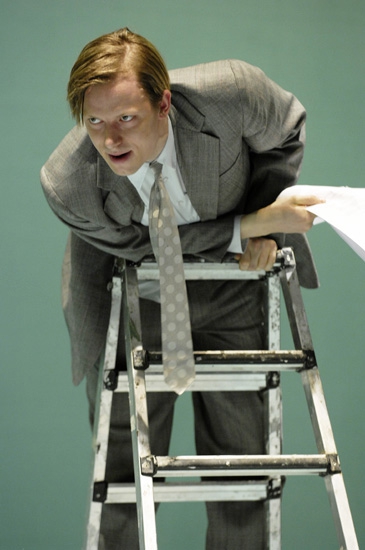 »I want to run away,« are Robert’s first words in the play »The Doves« and they hold true for its protagonist in two ways: Robert Bertrand wants to run away from the office Christmas party and, as he points out to his junior assistant and friend Holger, really disappear. He doesn’t clarify whether that means he’ll run off to a remote Caribbean island or, for example, to Lörrach to begin a new life with another woman or whether, after robbing a bank, he’ll settle in Rio or maybe just kill himself. A short time later, Robert Bertrand really does run away. He disappears. Holger is bullied at work although he’s supposed to take on Robert’s job as boss, a position which Robert’s son, Helmar, is also
claiming. Robert’s twin brother, François, unexpectedly turns up and arouses romantic feelings in Robert’s wife Gerlinde, as well as in the Dutch safe-breaker Silja. Meanwhile Holger’s bullying colleague, Heidrun, and his aggressive wife Natalie sleep with his and their psychiatrist Dr. Asendorf who is on the verge of losing his marbles because he can’t keep his patients apart anymore. While the company’s succession and a huge bag filled with stolen money are fiercely struggled over, the boundaries between reality and illusion are becoming blurred, and not only in Dr. Asendorf’s over-stretched brain…
»The Doves« was the winner of the comedy playwrighting competition »Germany’s dysfunctional children« and is David Gieselmann’s second play – after »Herr Kolpert« – being shown at the Schaubühne. Marius von Mayenburg, the Schaubühne’s playwright-in-residence, directs.