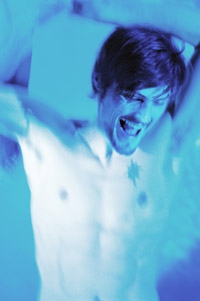 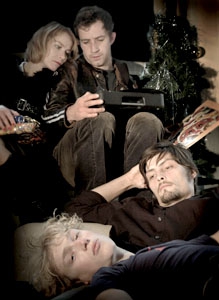 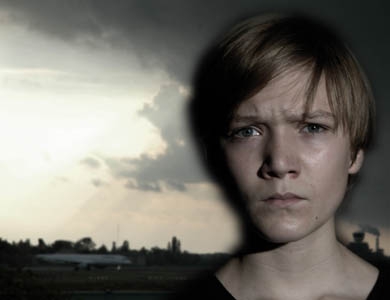 Radio announcer: …is the coldest day since 1827…minus 34 degree Celsius since last Friday…temperatures will probably keep on falling over the holidays. Child: Mom has switched off her mobile – I can’t contact anybody here. Radio announcer: …meteorologists are expecting a blizzard and a felt temperature of minus 42 degree Celsius for around 2 am tonight. A Berlin winter day, it is 24 December, the night of lonely people. The parents of a twelve-year-old boy forgot to fetch him from the airport kindergarten, and the temp kindergarten teacher only knows stories about horrible accidents and catastrophes. But then the boy meets a little girl whose parents didn’t come either. And the young couple sets out into the Berlin night that is inhabited by people who love and hate, who find and lose each other. The two kids try to remember that famous story that has turned this night a unique hysterical-depressive party… A play about the search for love in cold and hard times.

FALK RICHTER has been working as playwright and director at the Schaubühne since 2000. After the world premiere of »PEACE« (2000), he caused a sensation as the author of plays like »Electronic City«, »Unter Eis« and »Hotel Palestine« over the last year in the »System« series. At the Schaubühne he also directed »Far Away« by Caryl Churchill, »4.48 Psychosis« by Sarah Kane, »Fewer Emergencies« (System 3/Amok) by Martin Crimp and in the last season »The Seagull« by Anton Chekhov.