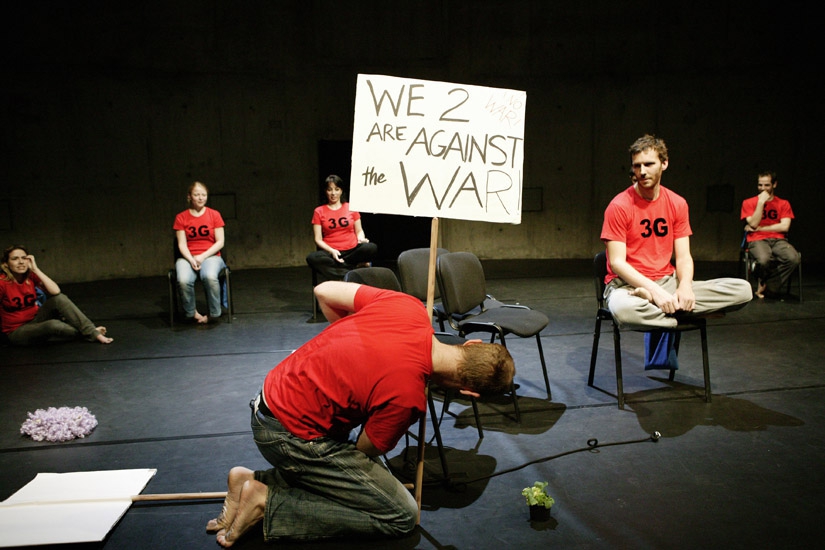 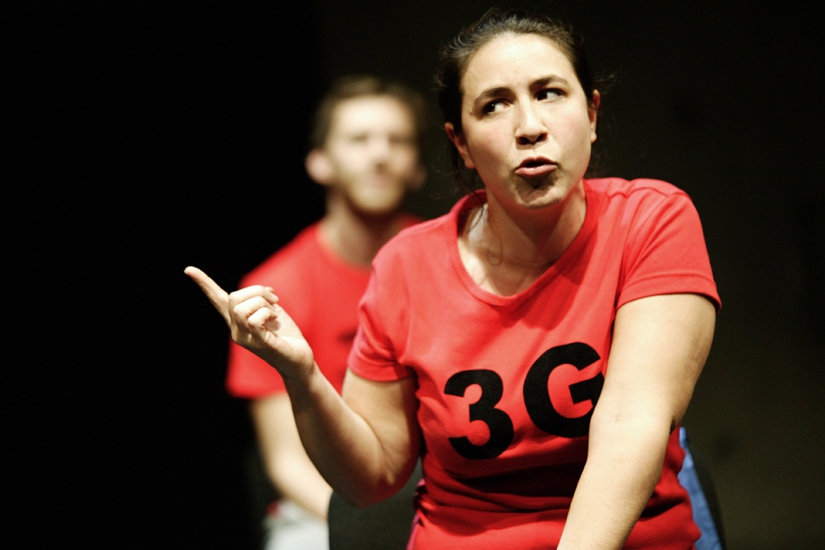 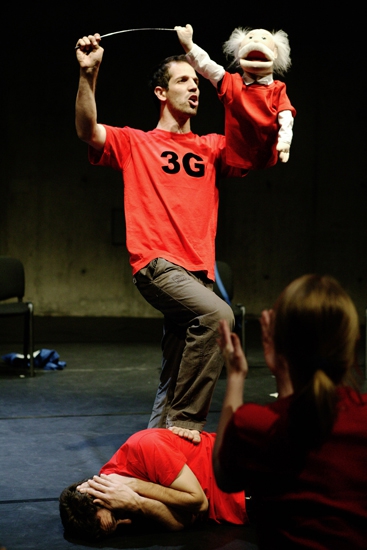 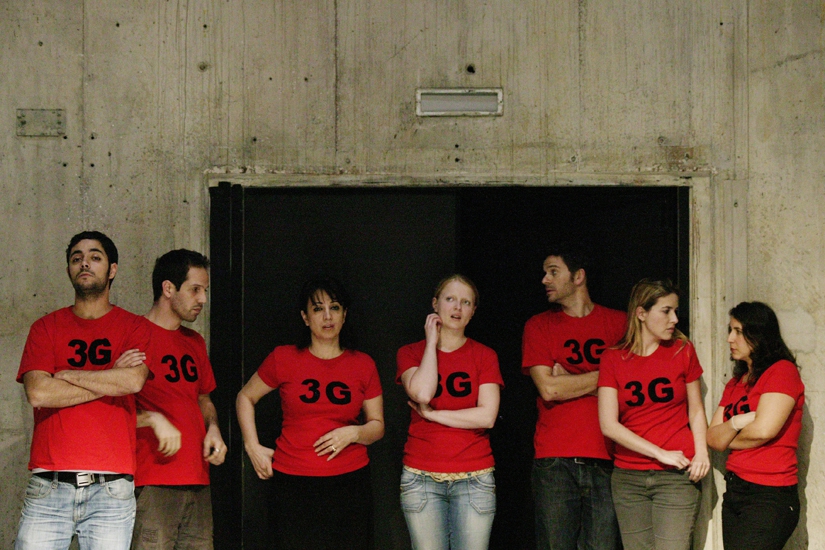 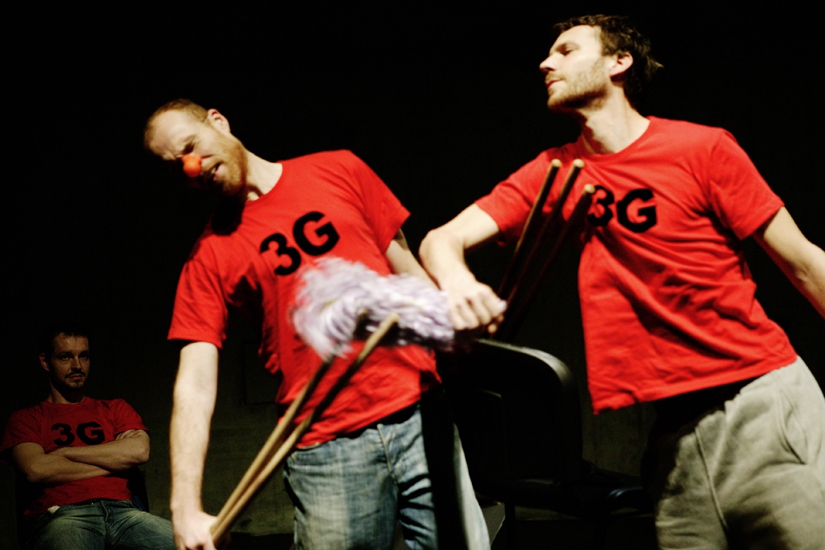 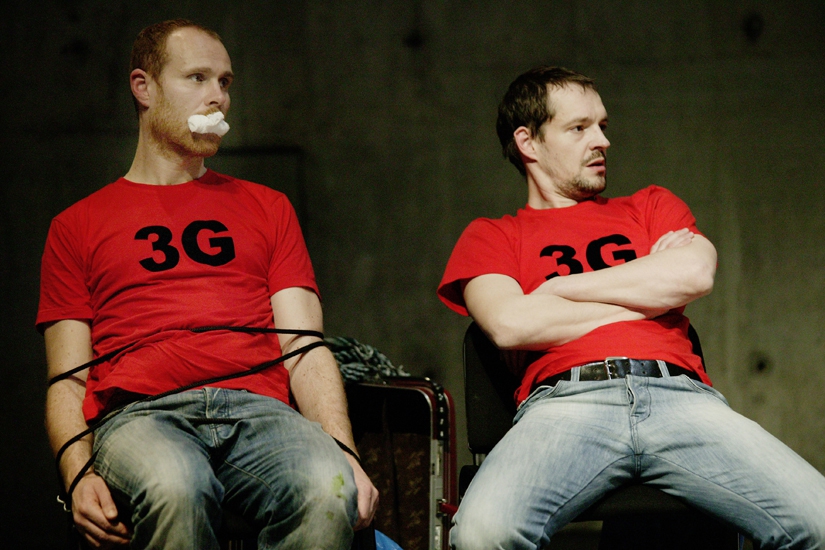 In German, English, Hebrew, Arabic with German and English surtitles