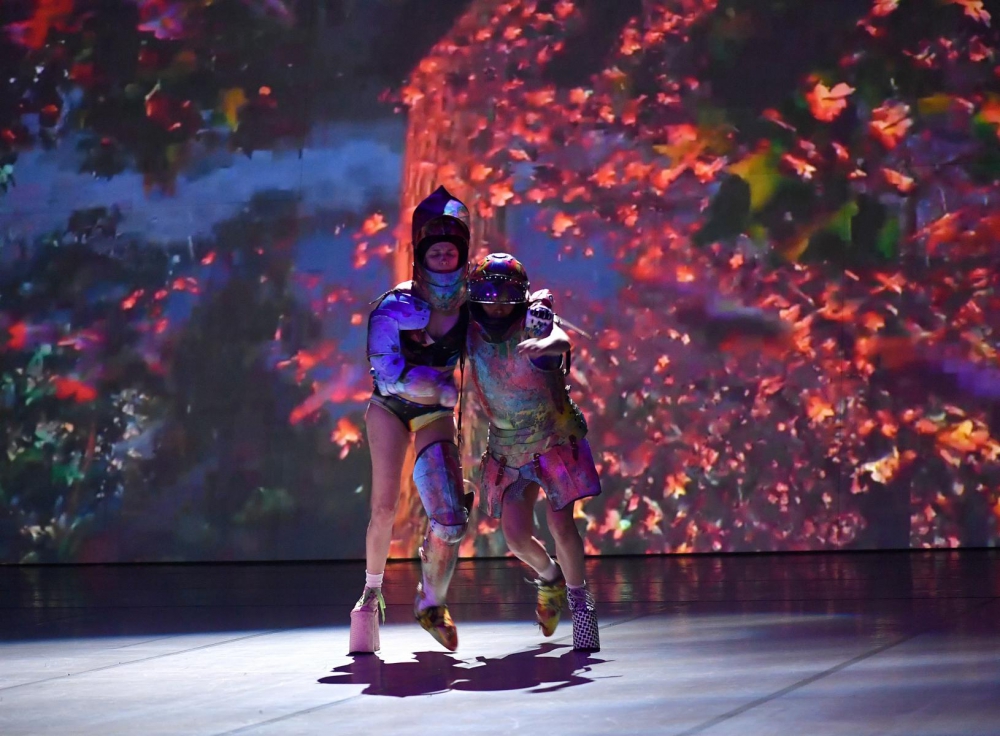 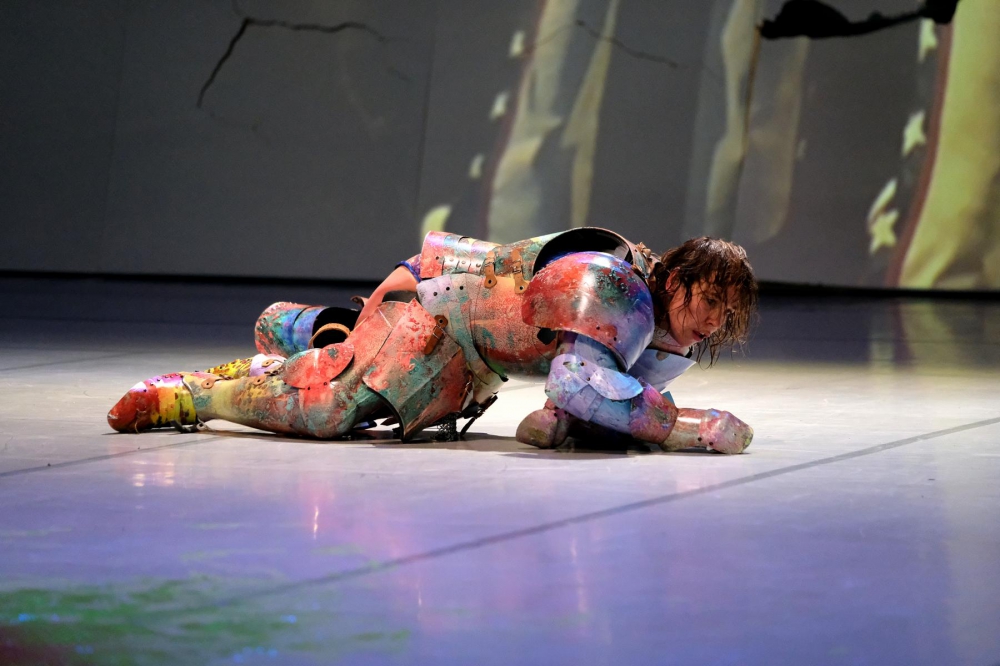 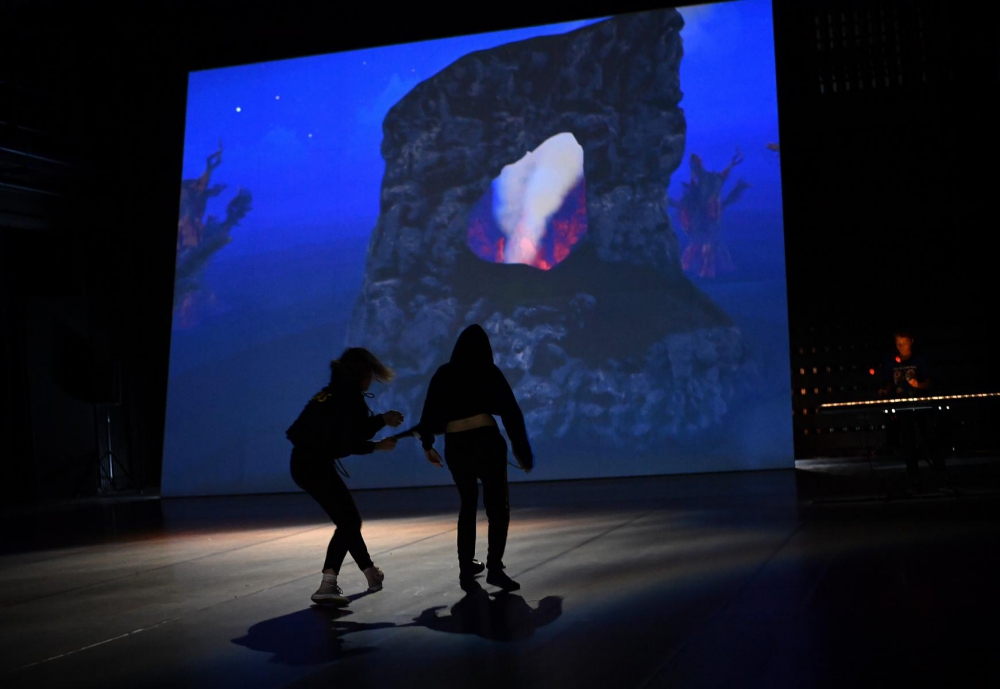 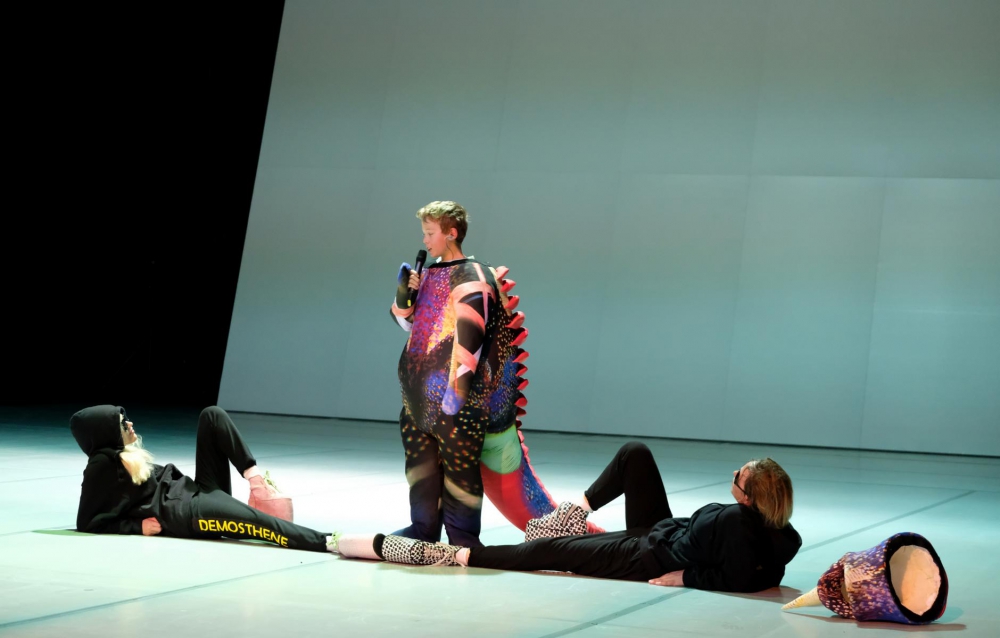 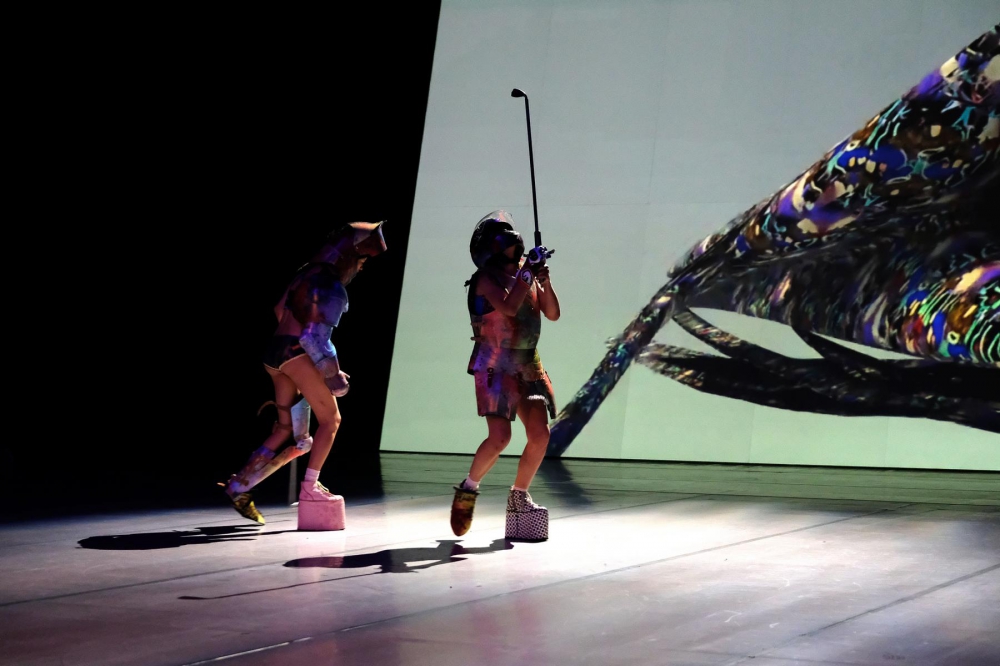 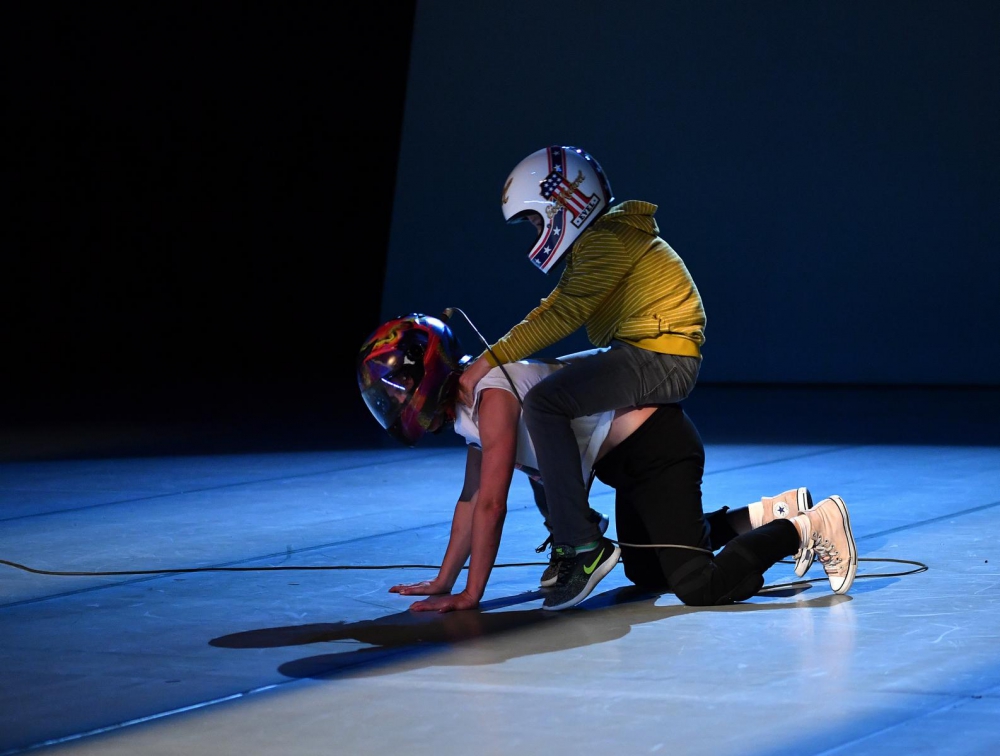 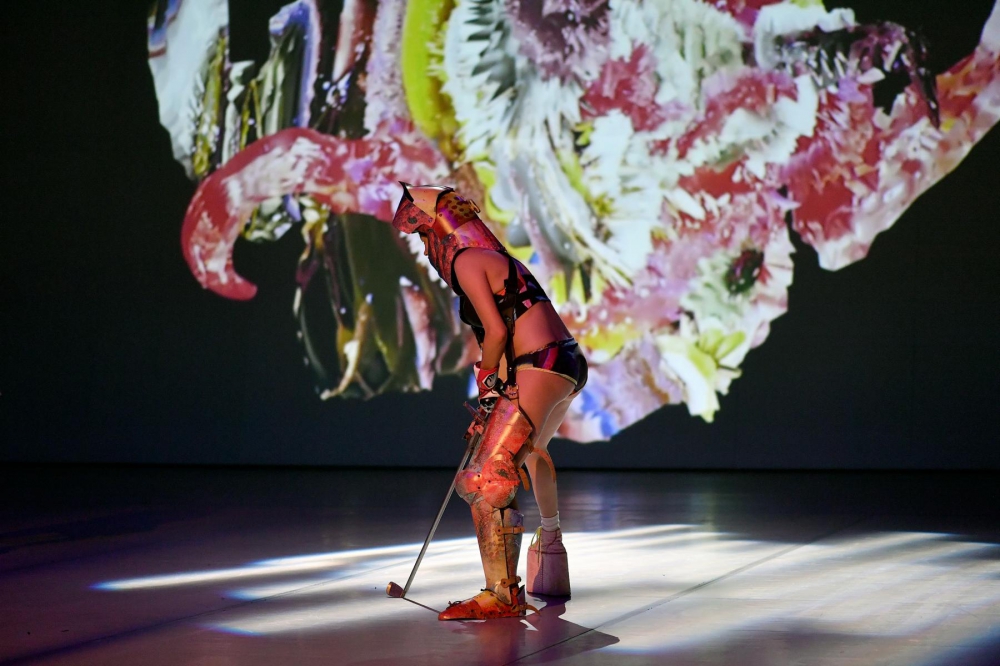 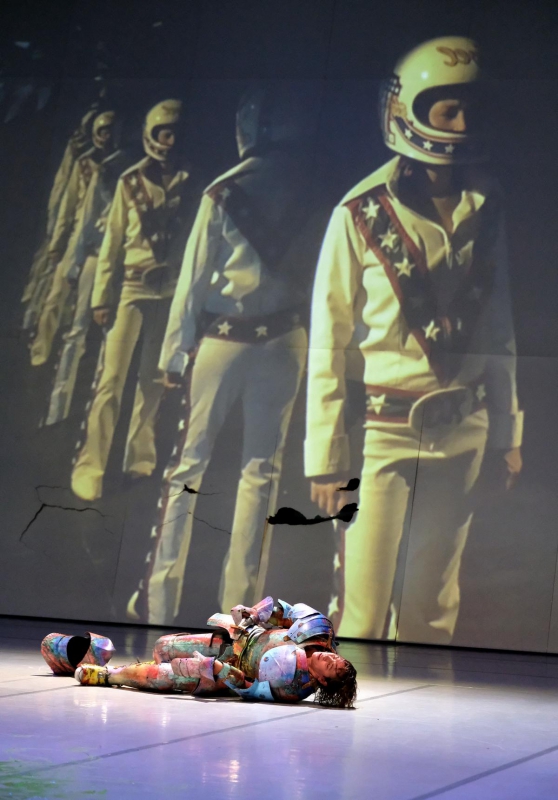 Rodrigo García breathes new life into the Shakespearean usurper Macbeth and the tragedy of the impossibility to forget his own crimes and the prophecies of fate by relocating him to north-eastern Brazil. Here, he appears in the guise of Orson Welles who, immersed in his film role of Macbeth, has forgotten his real existence and now, in the company of the Greek rhetoricians Demosthenes and Lysias, is trying to obliterate the traces of his own origins. But he has failed to reckon with the stuntman Evel Knievel and the Japanese Manga dragon Neronga, as well as a manga-like gang of dwarf undertakers in a fleet of Mini Cooper hearses personally designed by Philippe Starck. This all is performed in three languages by two actors and a young xylophone virtuoso. Or, as it says in the play itself: »The epic plays out in a space of no more than 150 metres, the distance separating Dinah’s acarajé kiosk from Cira’s acarajé kiosk in the Rio Vermelho neighbourhood of Salvador de Bahia. To shortly summarise – because we all have a lot to do and it’s already past eight – it’s about a war longer and bloodier than Brazil’s war of independence, involving Ultraman and Neronga who have flown economy from Tokyo to Salvador and have spent the entire time groping the flight attendants’ arses and drinking the bar dry. They are now called upon to fight on the side of American motorbike stuntman Evel Knievel because he is pessimistic about his ability to single-handedly free the people of Bahia from the tyranny of Orson Welles who, in the guise of Macbeth, has brought the region under his control and, besides, has had the brilliant idea of reintroducing slavery. In short, he’s gone totally bonkers«.

Rodrigo García (*1964, Buenos Aires) is an Argentinian- Spanish director and playwright. In 2011 García produced the monologue »I‹d rather Goya robbed me of sleep than some arsehole« at the Schaubühne. He was the artistic director of the CDN de Montpellier from 2014–18.

With kind support of the Institut français and the French Ministry of Culture / DGCA.