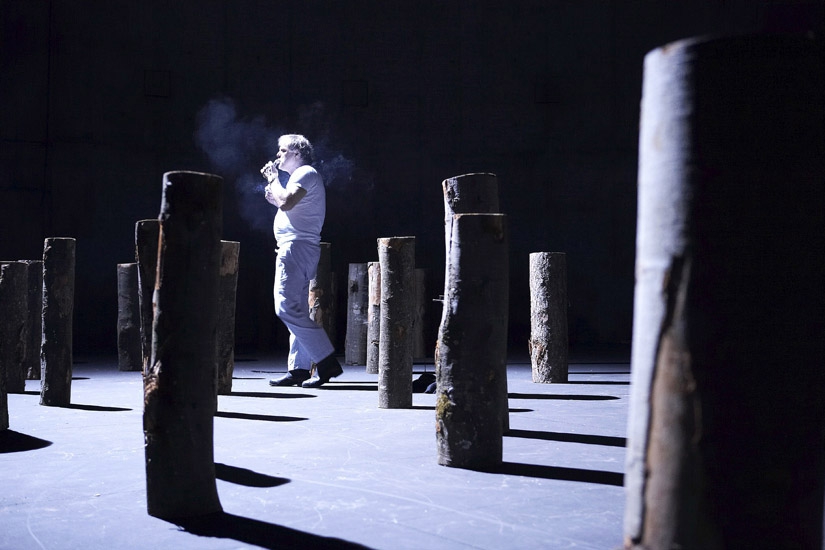 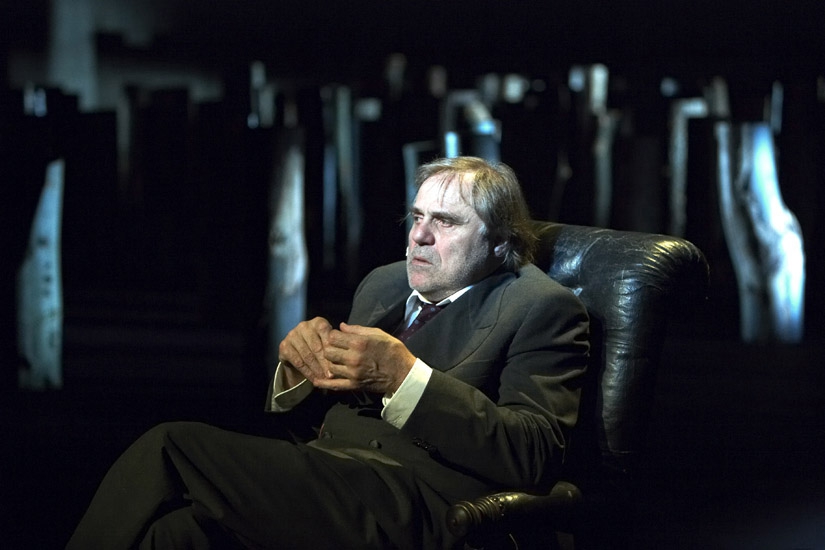 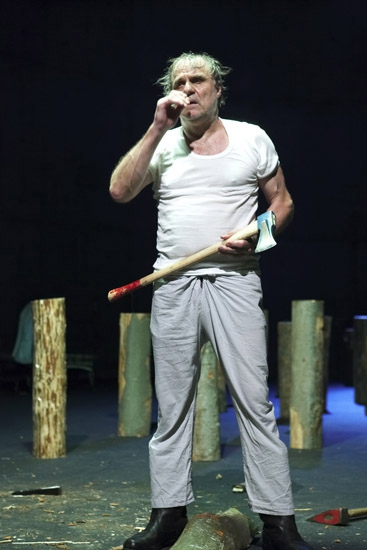 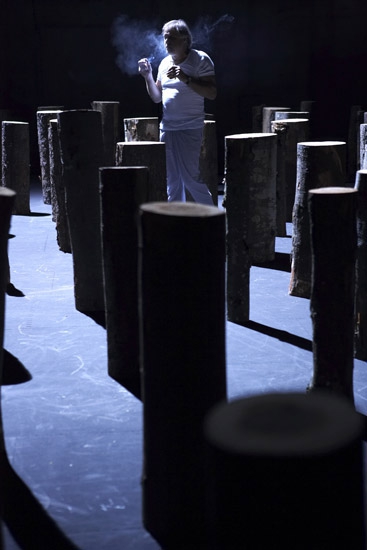 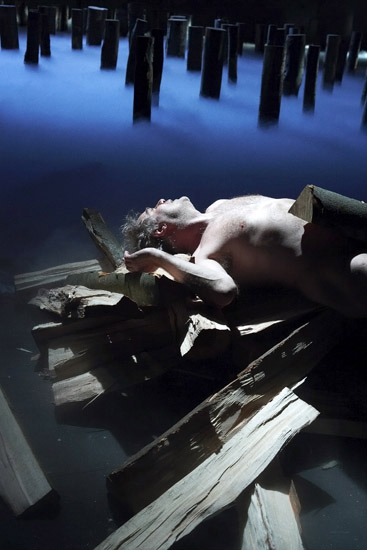 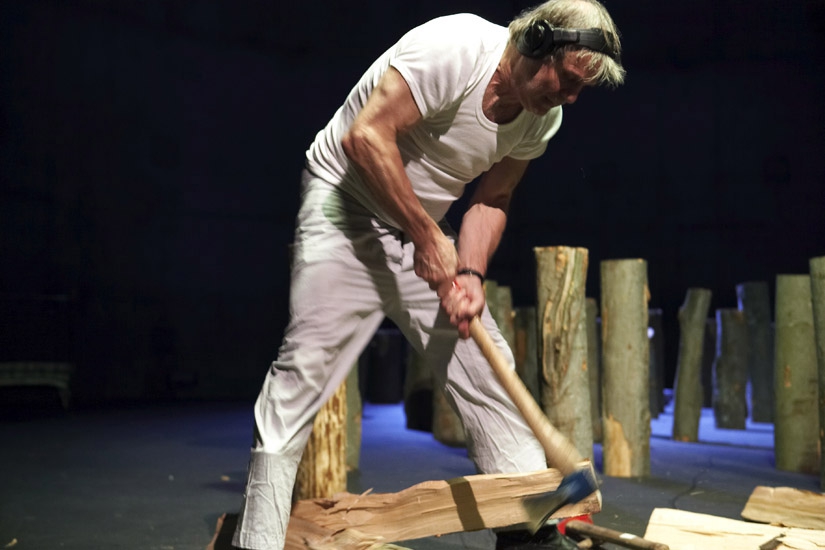 An elderly man is at work. He’s splitting wood, competently and carefully. The mechanics of the work and the strain on his body create a rhythm, in which he begins to speak – about himself, about his work. These days his work consists of chopping wood; formerly it was killing people. Work is work, and no matter what it is, he does it to the best of his abilities. If it happens to be strenuous, at least you can sleep well after physical work…

Take someone else who doesn’t sleep well. He leaves his bed and his apartment to discover what it is that keeps him up at night. But of course he won’t find it outside of himself, he’ll only find it in his memories. And he wants to know if it’s right that his memories don’t allow him to sleep.

An old man is no longer interested in right and wrong. That’s why he is able to sleep just fine.

»HOLZSCHLACHTEN. EIN STÜCK ARBEIT« is based on interviews with the Nazi concentration camp doctor Hans Münch, and monologues by the writer Florian List.