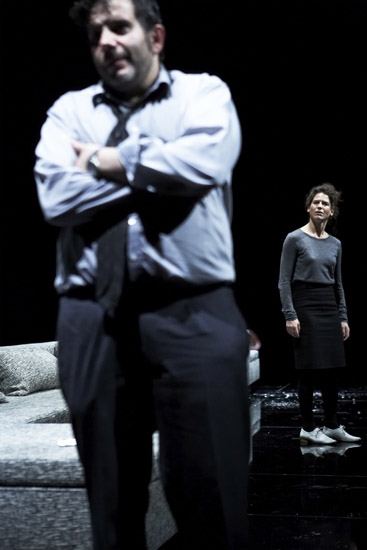 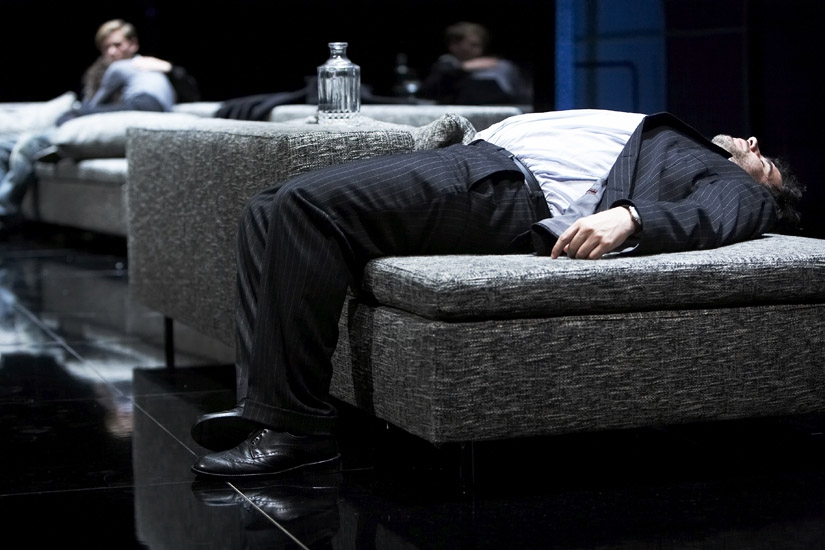 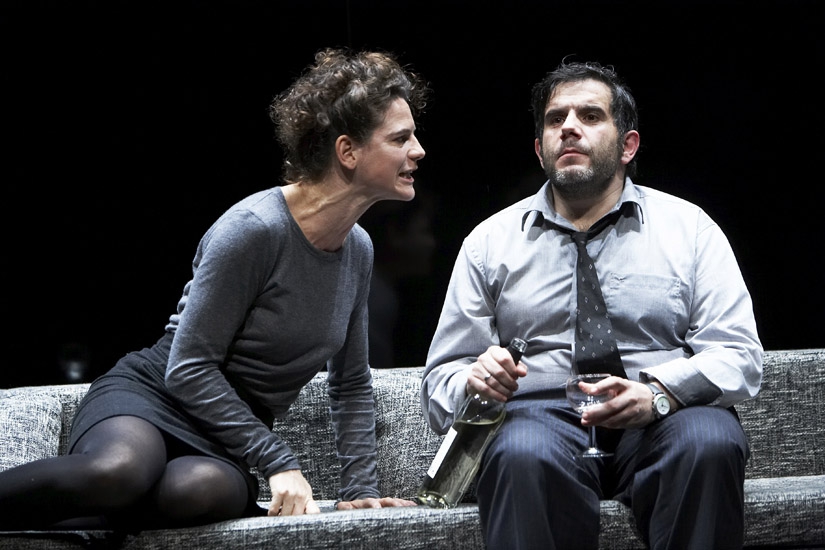 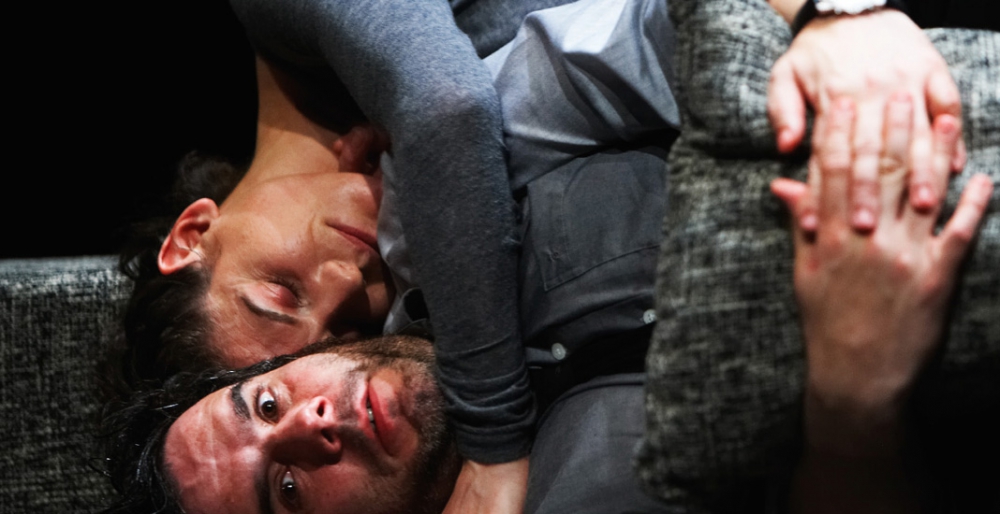 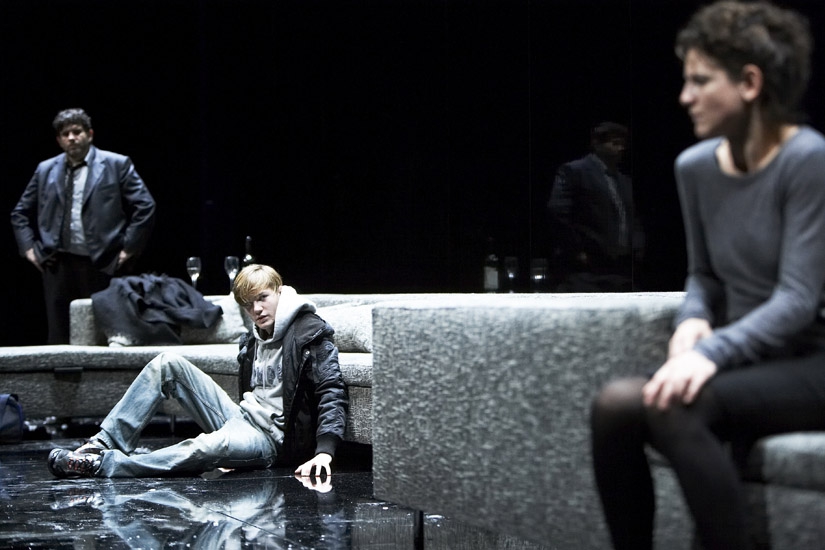 A woman and her husband: they have finally made it. They live in a secure neighborhood. But the threat of the unsafe outside world, and the fear of socio-economic collapse have penetrated the marriage and the family. If either partner lost their job, the family would be booted from their gated community. Living in fear. Even the son or the suspicious husband might be an enemy, an agent who might betray the secure home. One night a conversation on the relationship with the weak paterfamilias turns into an interrogation and evolves into a duel. In »State of Emergency«, Falk Richter condenses the insecurities of a threatened family into a dystopian criminal thriller. In a claustrophobic chamber piece the feelings, observations and suspicions of the married couple escalate into an entangled mess. Facts and fantasies about one another oscillate wildly and lead to a new reality: fear. A nightmare from which there is no awakening. The gated community’s protective fence has become an interior prison, from which there seems to be no escape: a metaphor on western society’s affluence and fear of loss.