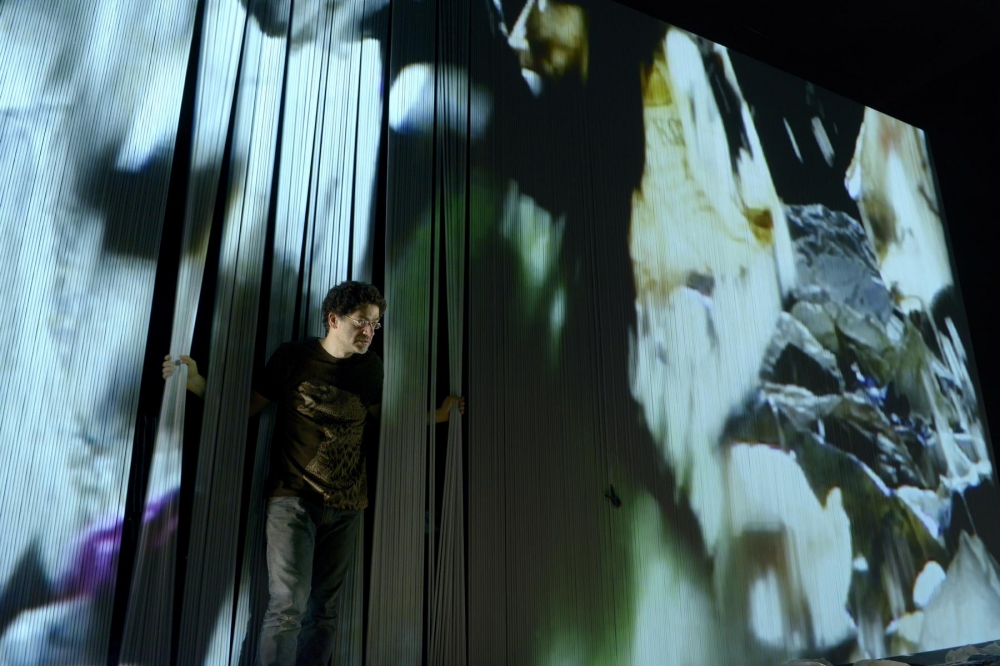 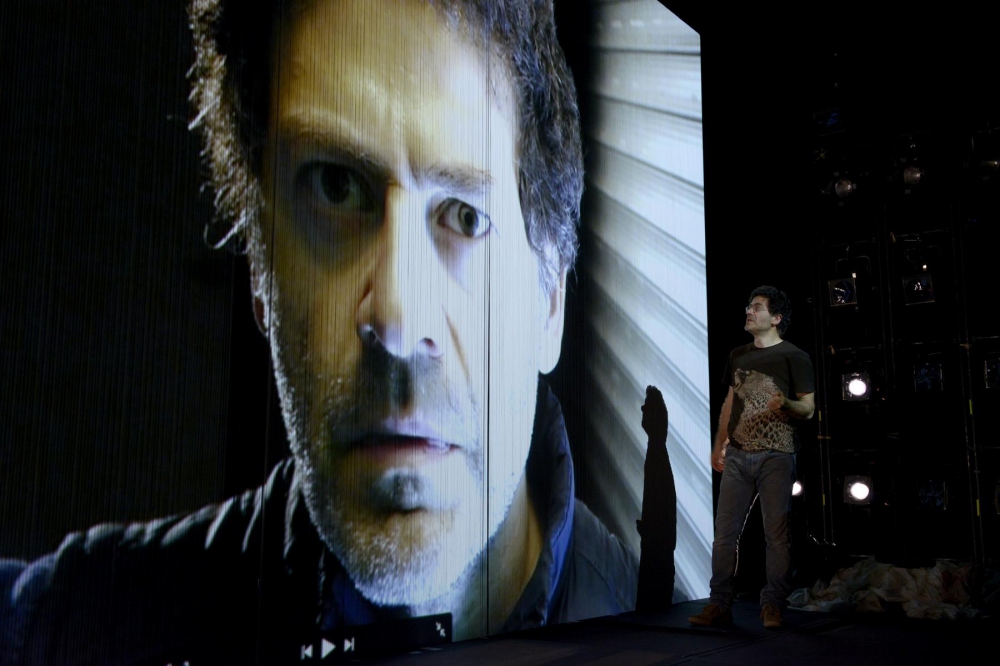 With his solo show »Inflammation du verbe vivre«, Canadian-Lebanese writer, director and actor Wajdi Mouawad returns to one of the most important roots in his creative work, ancient Greece, and to Philoctetes. Mouawad himself appears on stage as his fictitious alter ego Wahid, a middle-aged writer and director, in a production originally planned as an adaptation of Sophocles’ »Philoctetes«. But, following the death of his friend, translator of Sophocles Robert Davreu, who was to undertake a new translation for the production, Wahid is suddenly confronted with an unexpectedly acute sense of grief, lethargy and creative emptiness. He breaks off the rehearsals and takes himself off by taxi through contemporary Athens in search of a subject for his play and for his deceased friend. On this journey, which is a descent like Orpheus’ into the realm between life and death, Wahid keeps finding traces of Sophocles’ Philoctetes. In a liminal world constantly switching between cinematic phantasmagoria and his own physical presence as an actor, Mouawad researches forgetting in the contemporary world and uncovers the tragedy of a country. Greece reveals itself to him as being marked by devastation, the debt crisis and EU austerity measures. He encounters young people whose sense of hopelessness makes them anaesthetise themselves in Athens’ nightlife and commit suicide. For him, the trip into the realm of the dead becomes a journey of remembering during which those who, like Philoctetes, have passed from being forgotten to annihilation, momentarily register anew in the collective memory – and in doing so also bring the injustice caused by politics in today’s Greece emphatically to light.