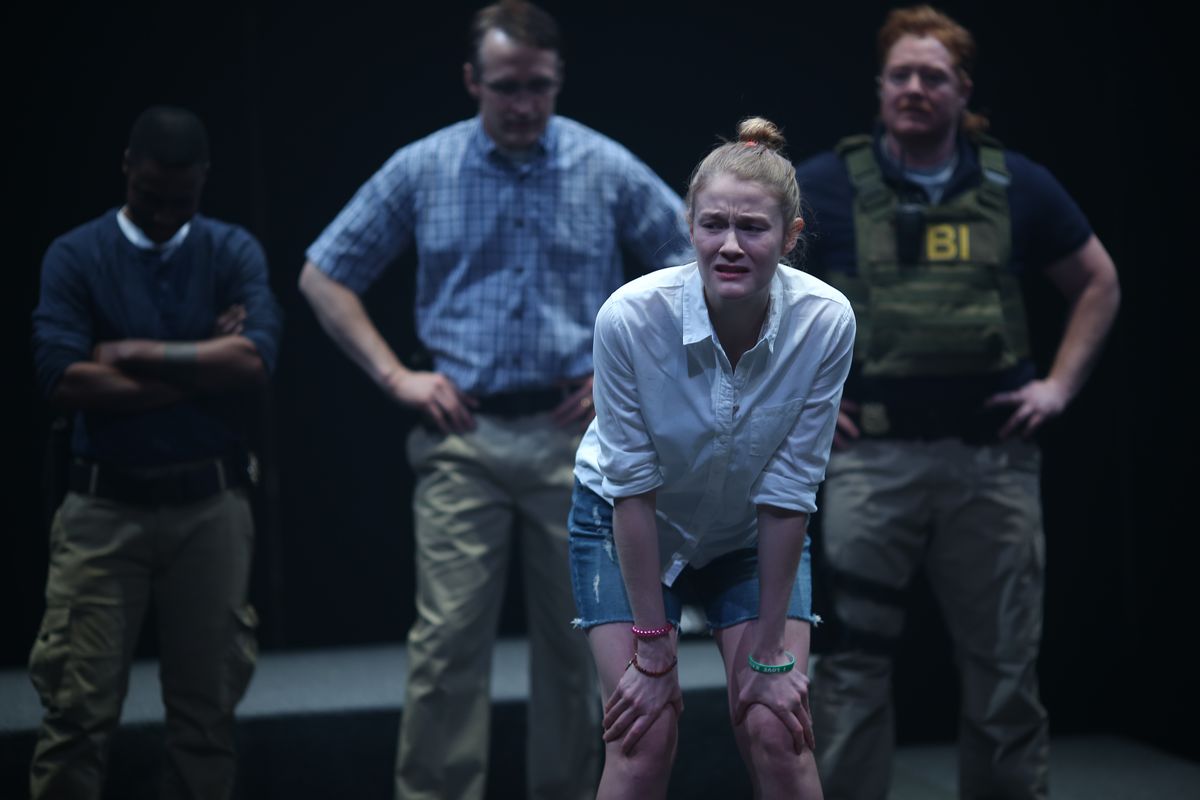 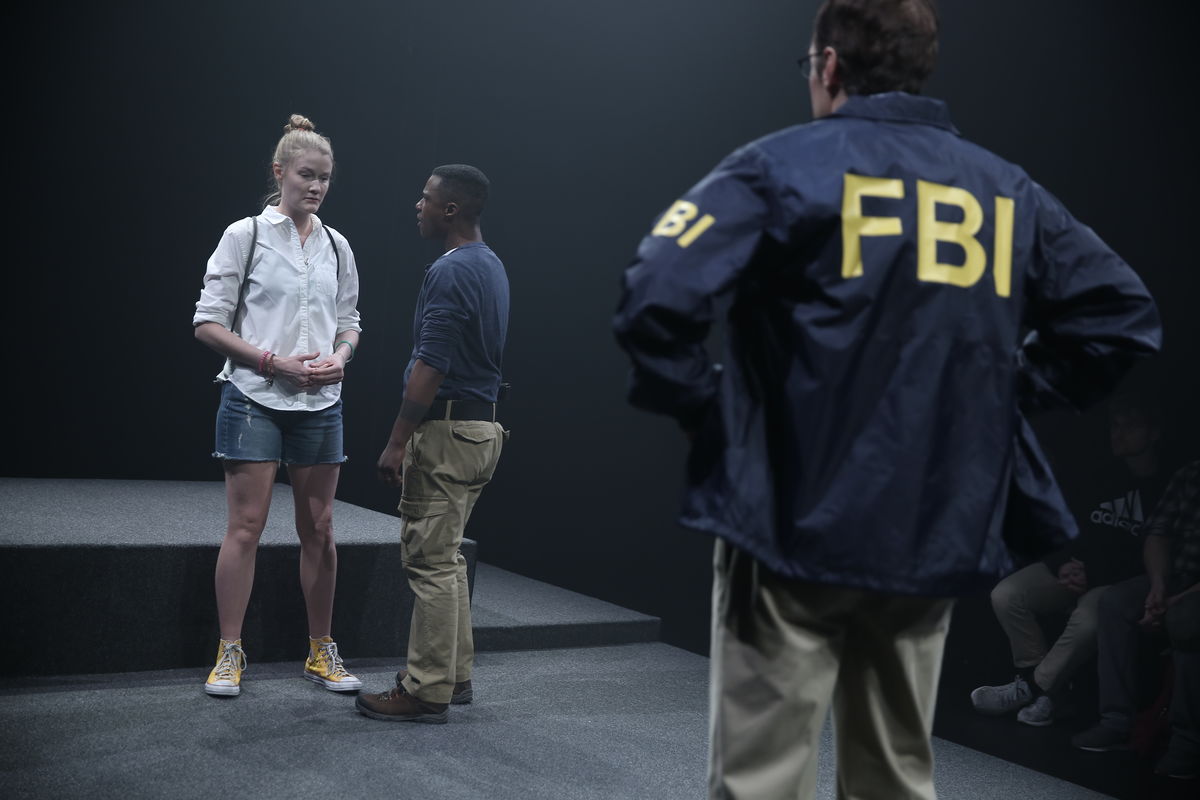 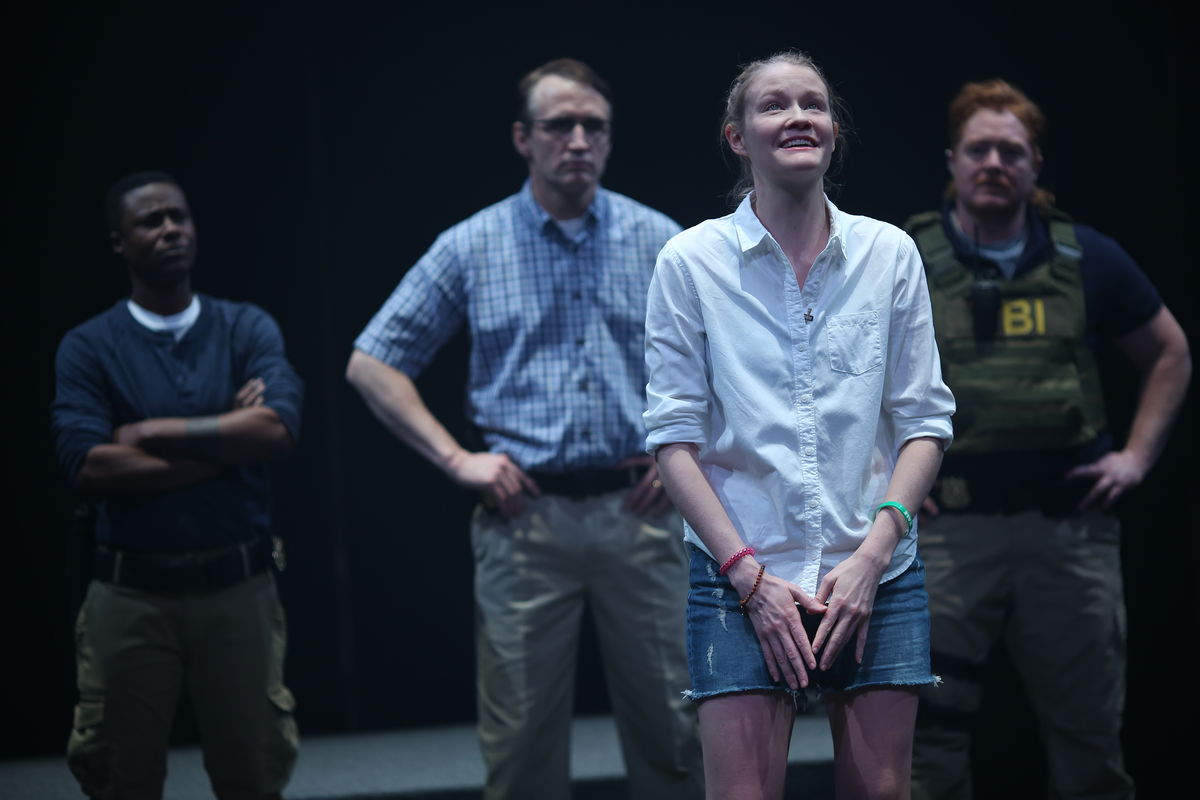 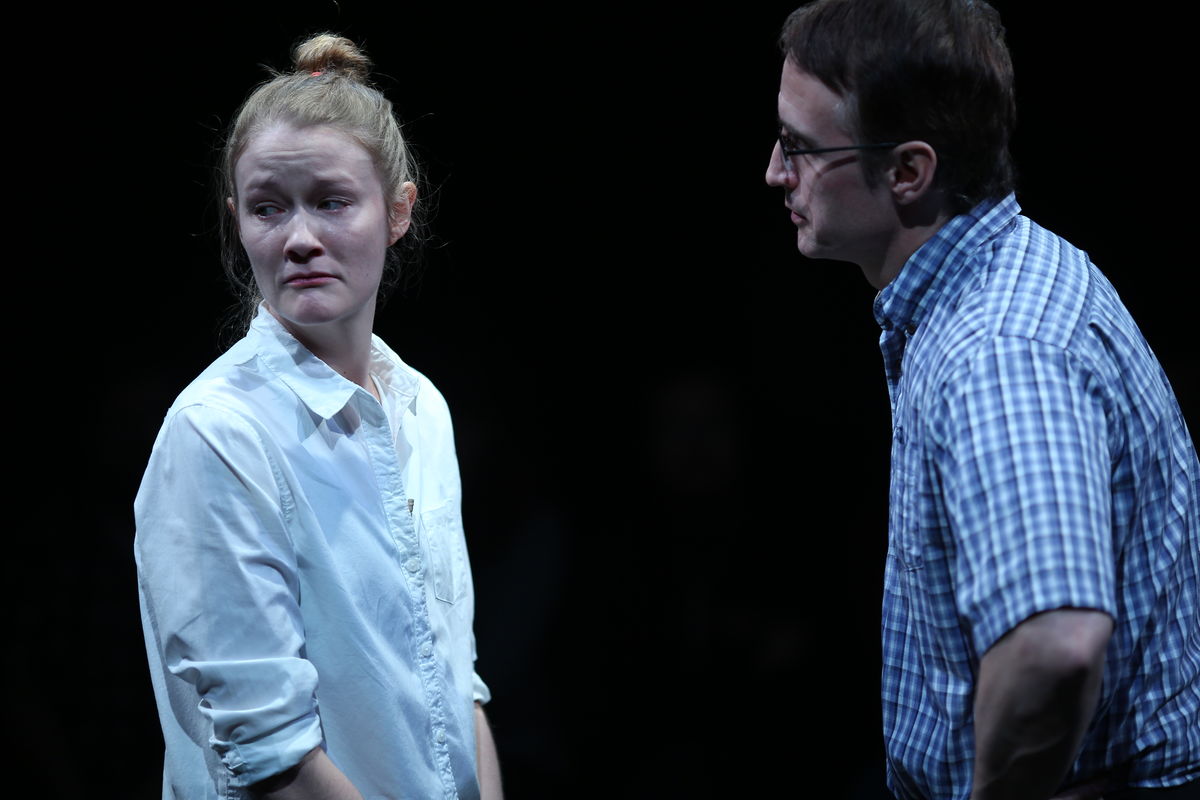 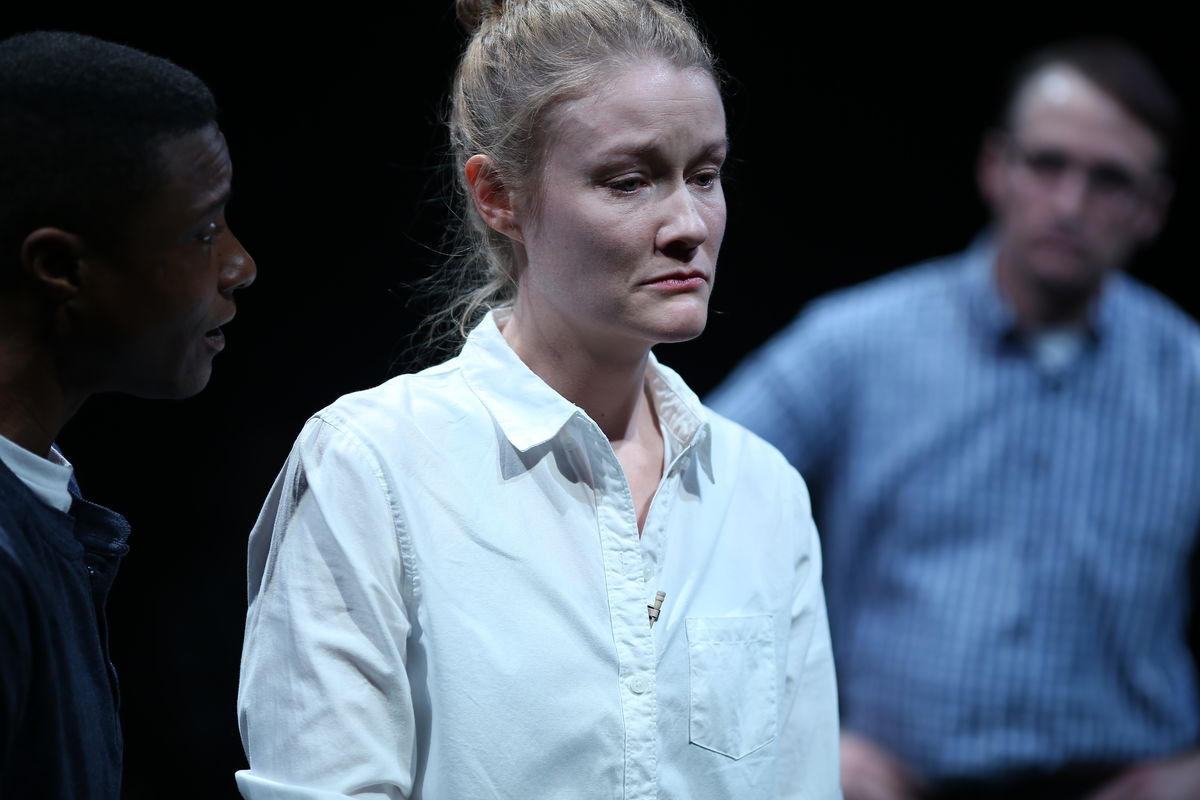 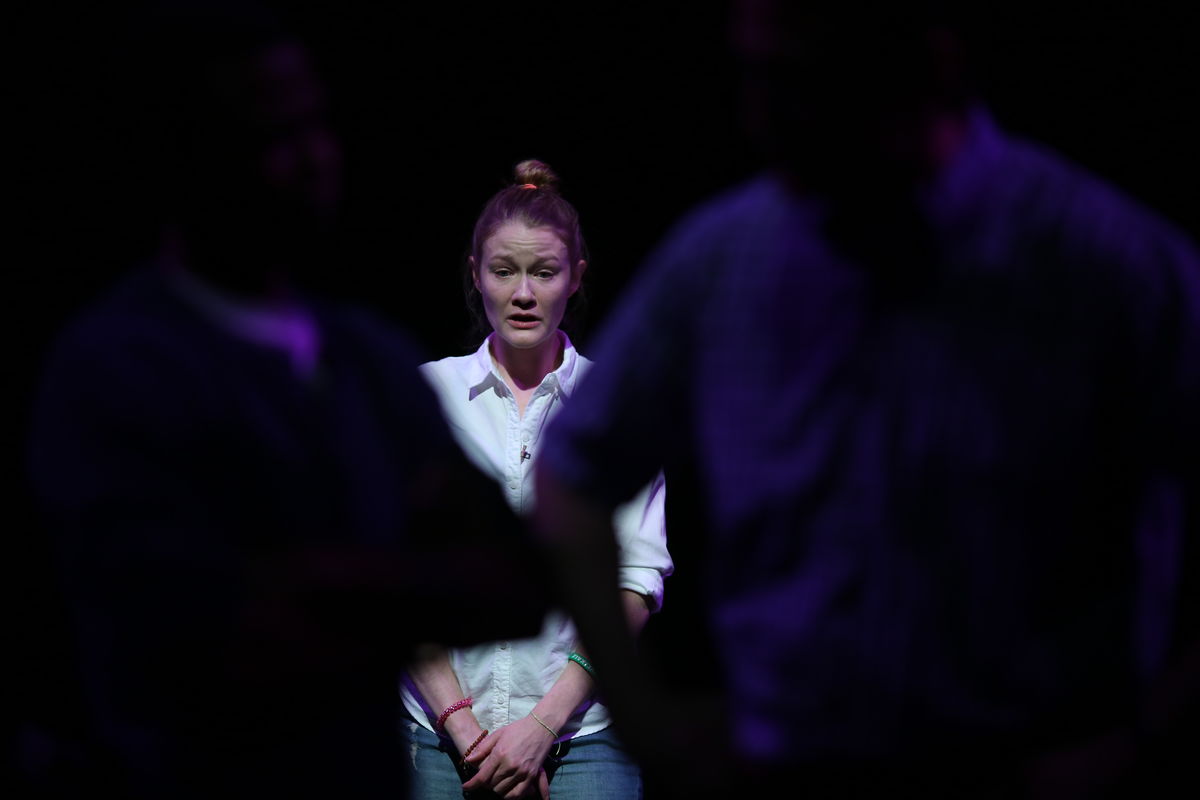 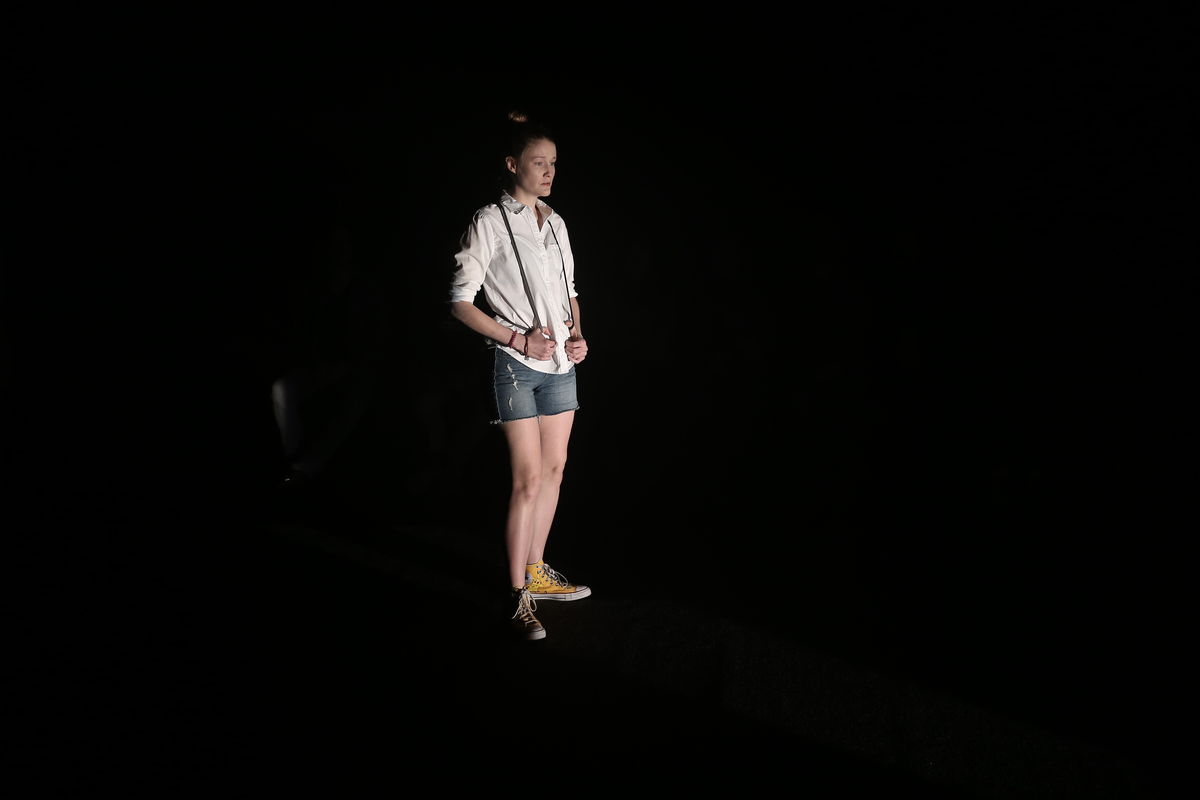 Is This A Room

Reality Winner, a 25-year-old former Air Force linguist, is surprised at home by the FBI, interrogated and accused of leaking evi­dence of Russian interference in the American election system to the press. She is sentenced to more than five years in prison, gets released early for good behavior and is put under house arrest in 2021.
The FBI transcript of a real case served as the basis for Tina Satter’s play. June 3, 2017: the yoga teacher, cat lover, and Farsi, Pashto, and Dari­speaking Reality Winner has just come from the grocery store, carrying her bags. Several armed FBI agents are standing in front of her door. They let her put away her gro­ceries and chat with her until they take away her cell phone and begin interrogating her.
In August 2018, Reality Winner received the longest prison sentence ever imposed by a federal court under the Espionage Act for leaking classified government information to the media.
The case generated a great deal of media attention. A portrait in New York Magazine had piqued Tina Satter’s interest in the case. She was impressed by the young woman who makes a decision that is on the one hand very personal, but on the other hand catapults her into the center of a political scandal. As an objet trouvé, Satter was impressed by the FBI transcript’s details about Reality Winner’s biography, her razor­sharp mind and complexities. It raised the questions what it means to »serve your country« and how the personal can resonate worldwide.

Half Straddle is a New York City­based ensemble of performers and designers led by writer and director Tina Satter which produces plays, performances, videos and music that have been shown through the United States and internationally. In 2021, »Is This a Room« premiered to critical raves on Broadway in the Lyceum Theatre.


Is This A Room is sponsored by Mid Atlantic Arts.