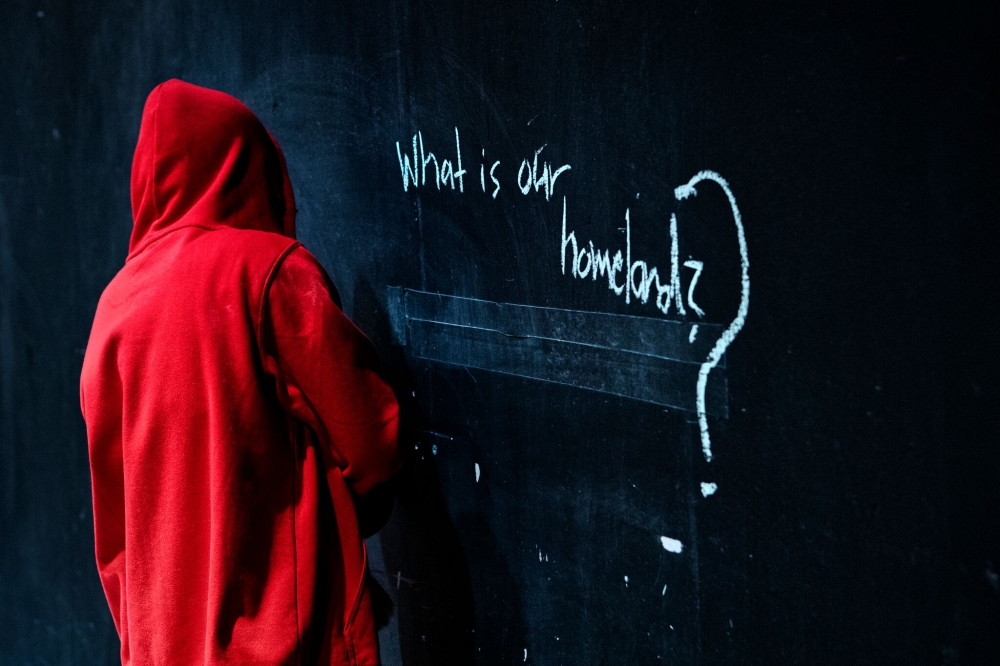 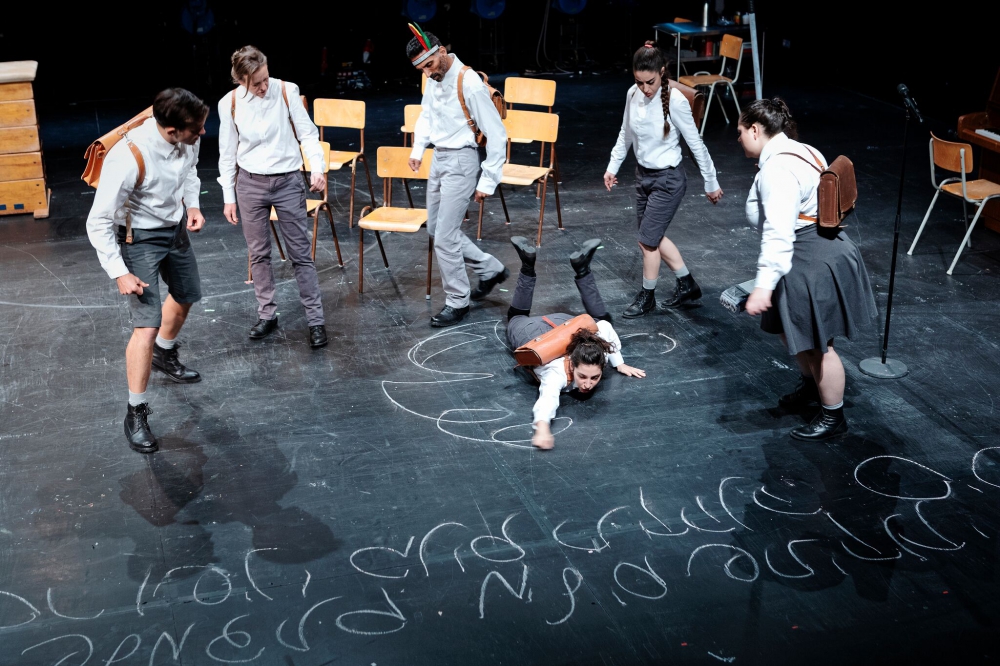 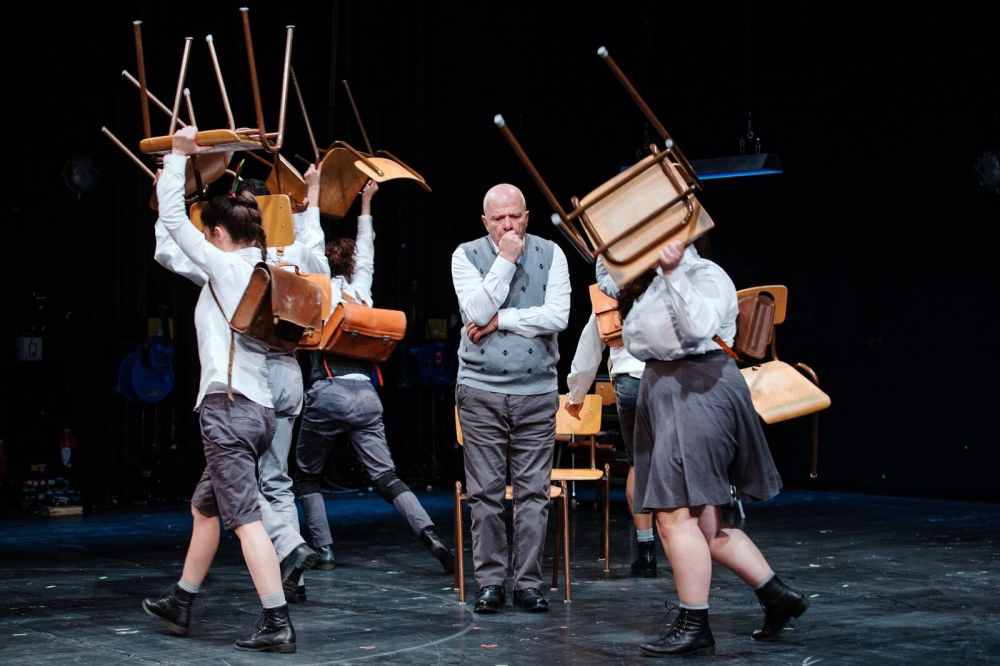 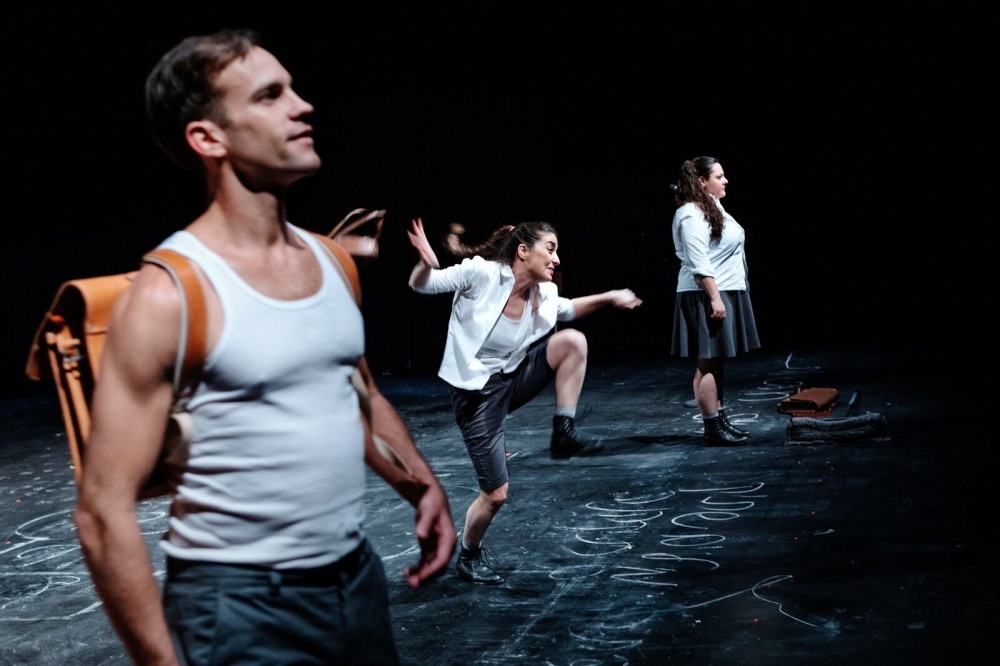 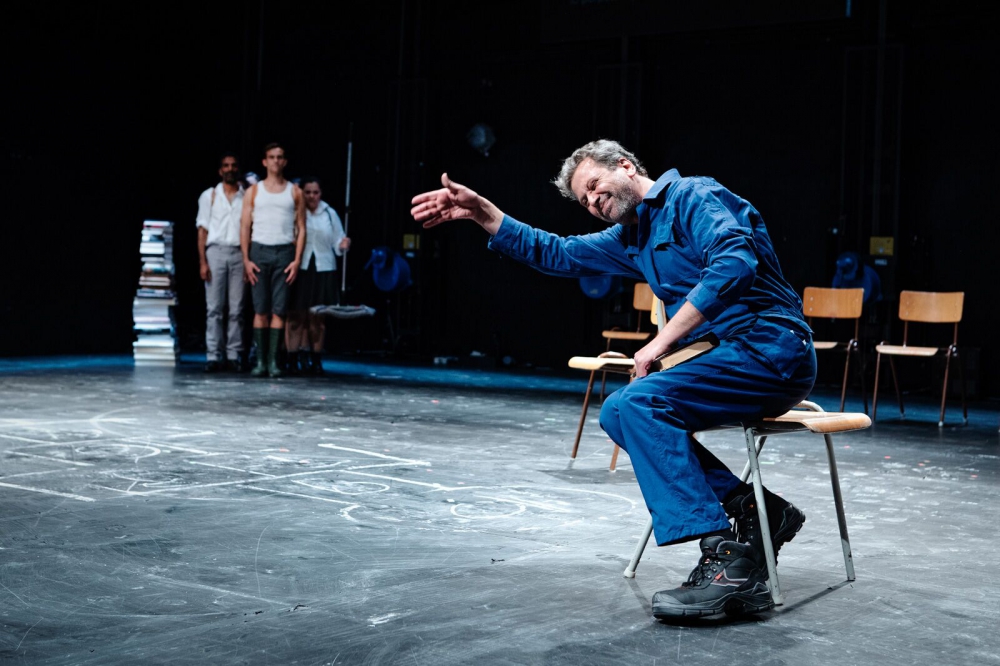 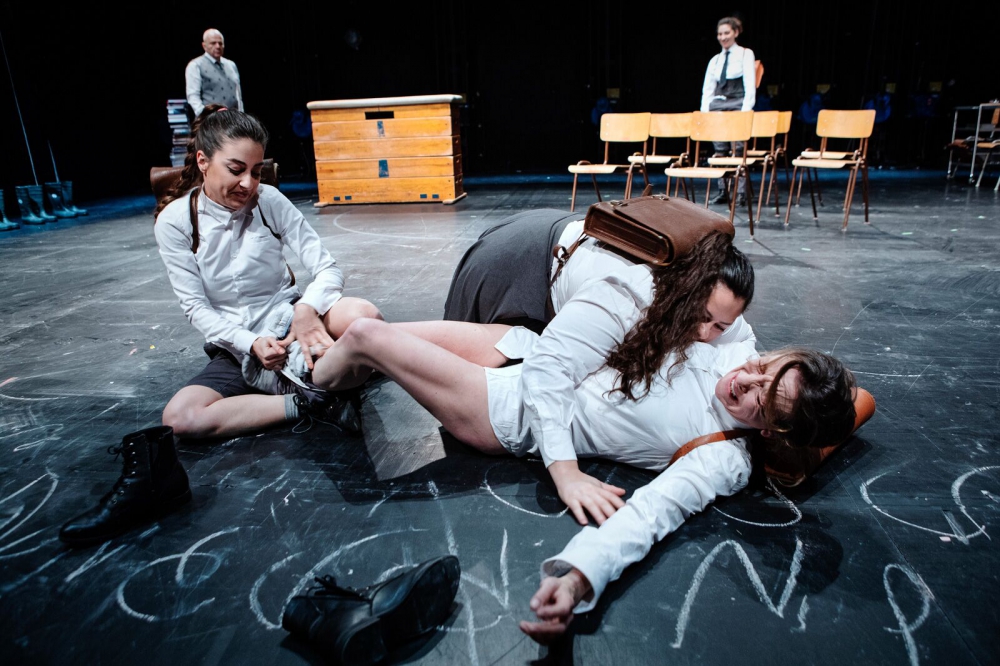 Kind of – a way of talking and yet saying nothing.
In her new project »Kind Of«, director Ofira Henig has collaborated with an international ensemble to explore the deformations already left behind in childhood by an education system that focuses on exclusion and indoctrination. Speech is central to this – as a means of expressing thoughts and emotions, but also to distinguish people from others; as a political instrument of manipulation which stigmatises and excludes; and as an act characterised by a longing for simplicity and comprehensibility. The play combines texts from writers including Scholem Jankew Abramowitsch, Ödön von Horváth, Elias Canetti, Noam Chomsky, Philippe Claudel and Heinrich Böll with newly created material. It revolves around a group of pupils and teachers from the Israel of the 1960s and 1970s – following the Six-Day War of 1967. Overshadowed by an education system that seeks to eliminate any tolerance towards the foreign and the other, individual narratives are increasingly dissolved while the group becomes an ever more obedient mass. And anyone who does not speak the predominant language becomes a victim, excluded and forgotten.

Ofira Henig (*1960, Kibbutz Ruhama) began her professional career in 1987. From 1989–93, she was the resident director at the Habima National Theater, Tel Aviv and from 1996–2001 the artistic director of the Khan Theater in Jerusalem. She was invited to run the Israel Festival in 2001. In 2003 she established the Lab – an alternative multi-language space in Jerusalem. In 2007 she founded her own ensemble. Since 2011, she has been working on her own projects, which she produces in cooperation with international institutions and foundations. She has won numerous awards, amongst others the Landau-Preis for her social and artistic work in 2007 and the Rosenblum prize for her creation in 2010.


In cooperation with the Schaubühne.