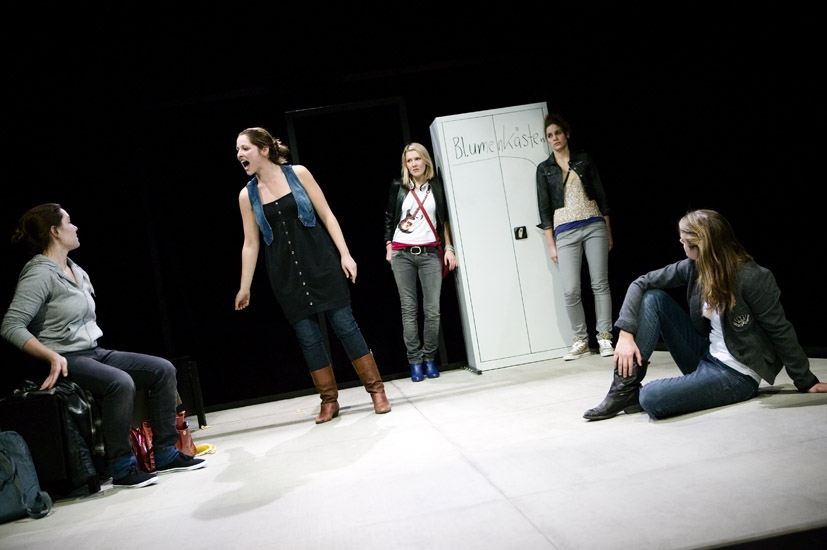 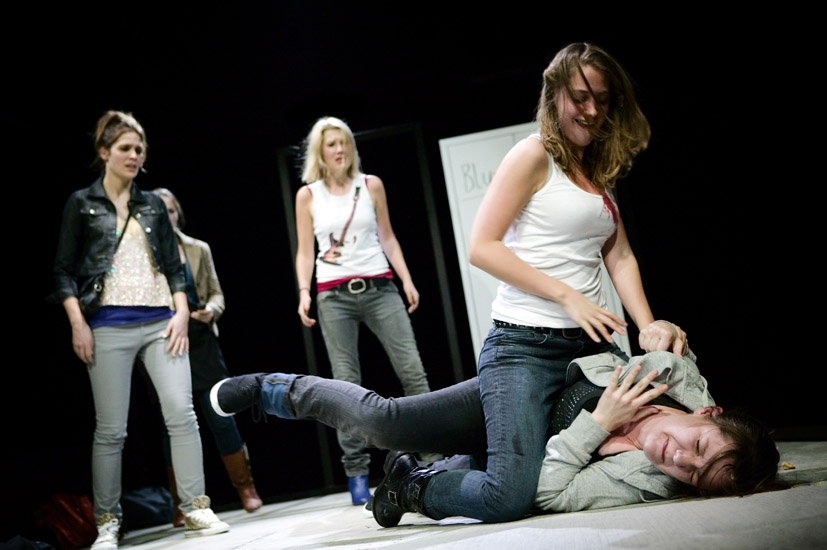 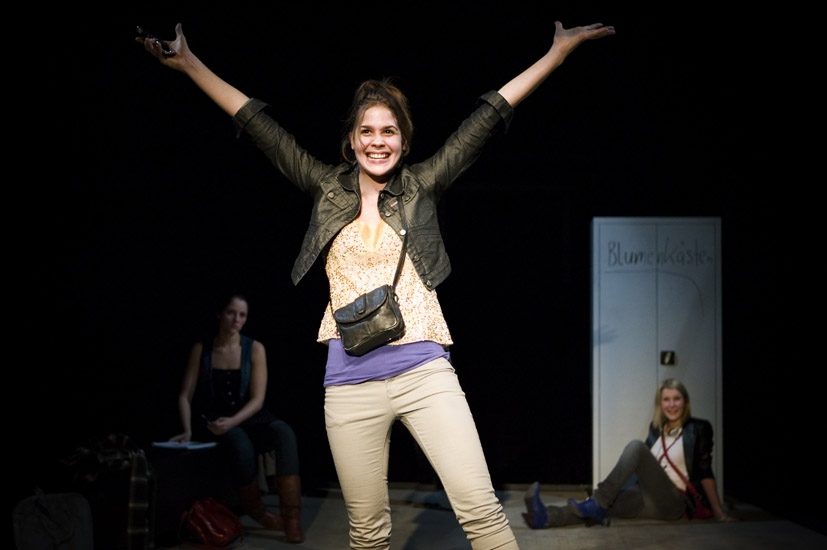 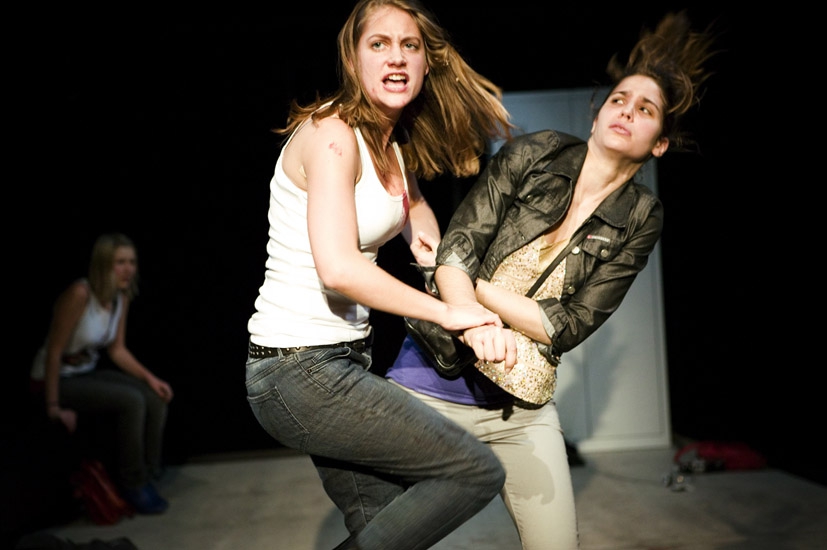 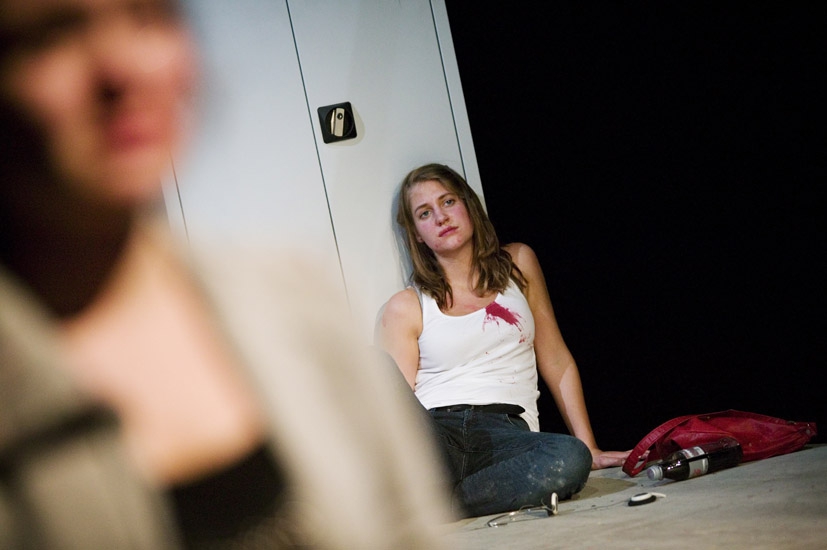 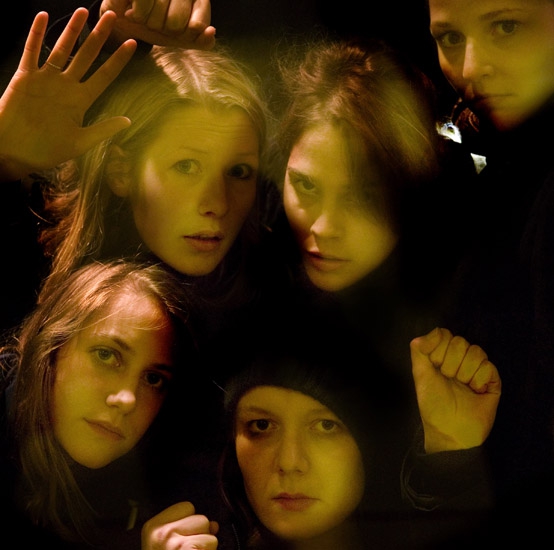 Six rebellious school pupils have terrorised their teacher and destroyed the classroom. Now they are waiting for the new teacher to turn up, mainly so that they can do the same to him. Up till now, everyone who has attempted to teach the class has given up. While they are waiting, each of the pupils gives a lesson on a theme of their choice. Through such seemingly harmless, profane content such as flowerpots or cooking, the pupils reveal their hopes, wishes and fears, as well as the tensions and hostilities within the group. Fetzer and Vollmond are the opinion makers of the class – and their attitudes appear to be irreconcilable. The leery and pugnacious Fetzer, in her own words, »hates everyone innit!«; Vollmond, however, sees a glimmer of hope »if the streets were paved with shit because they’ve run out of gold again«. The aggression within the group escalates into a bloody conflict when they realise that they’ve been given up on – no teacher will ever come for them again. The meltdown follows; they keep on waiting at the open gates but school’s over. Twenty-five years after the now famous version by Peter Stein and Jürgen Kruse at the Schaubühne this co-production of »Class Enemy« with the »Ernst Busch« drama school is back in the programme. The fundamental situation has changed very little – only the girls’ anger has increased.