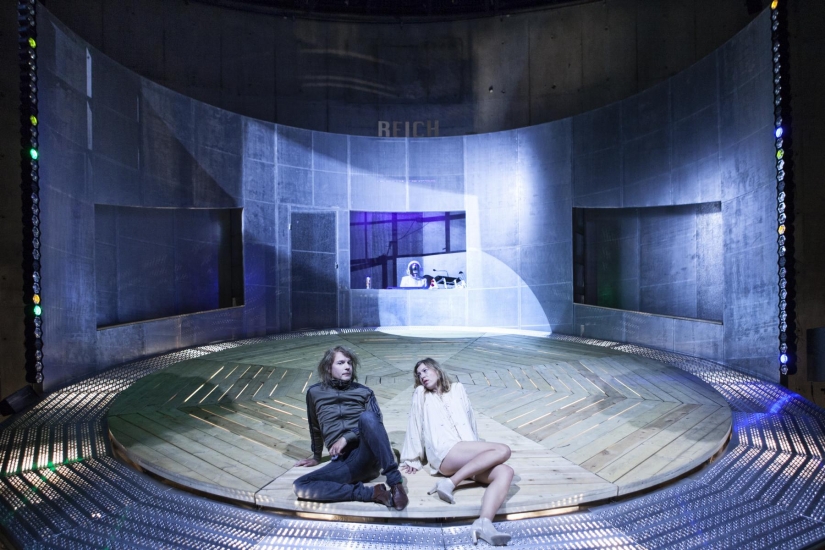 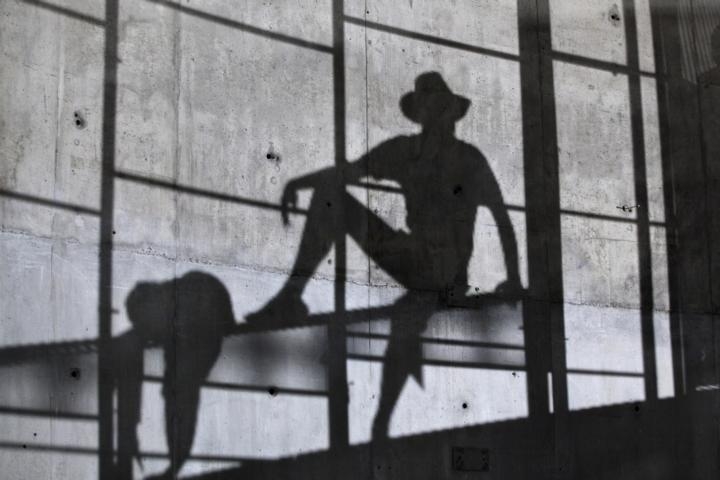 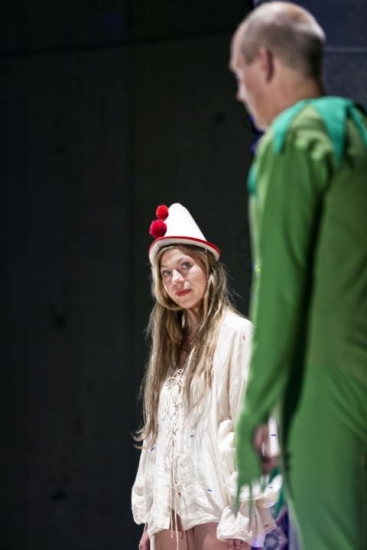 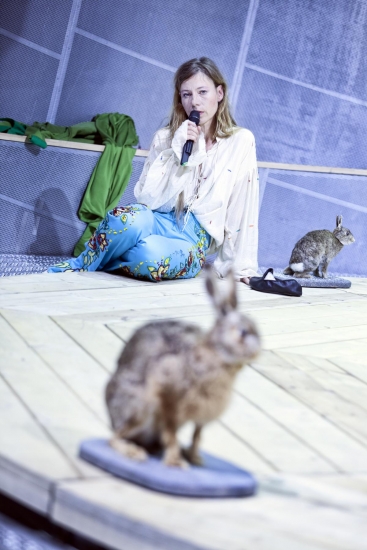 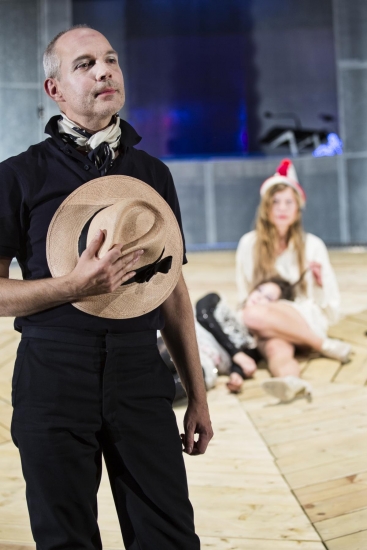 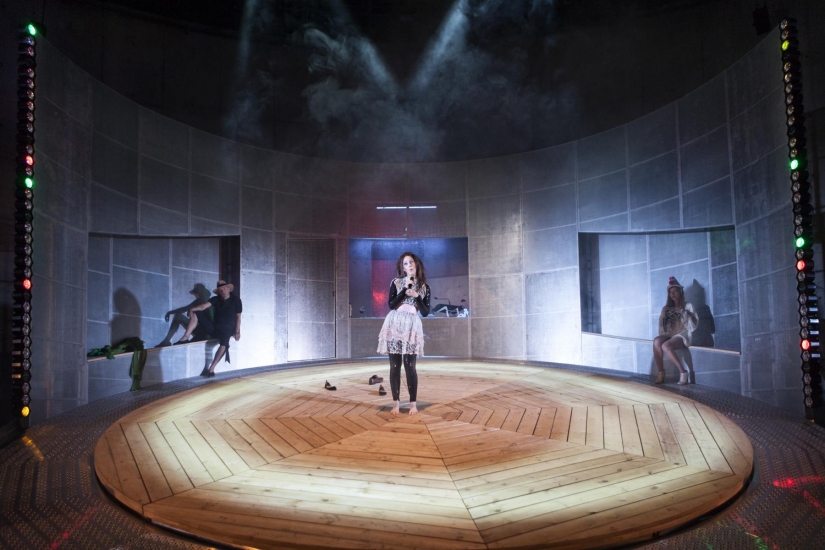 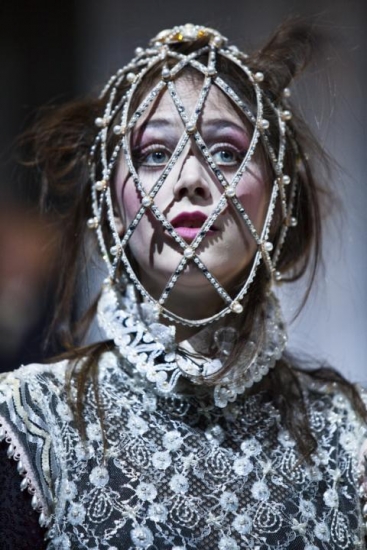 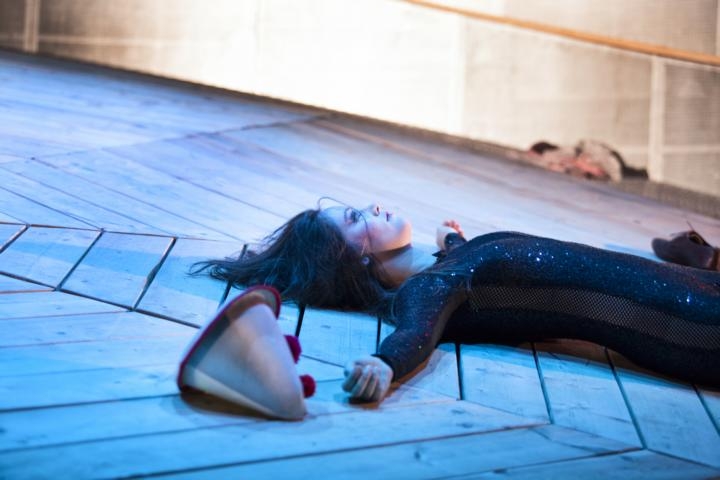 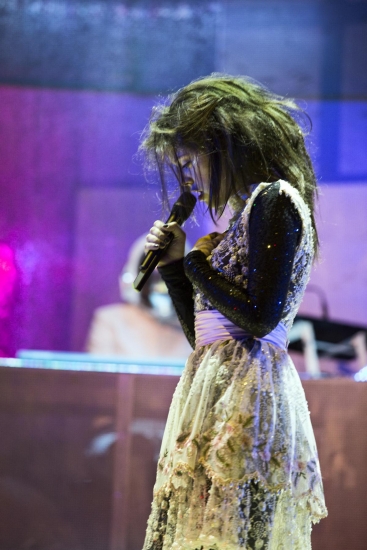 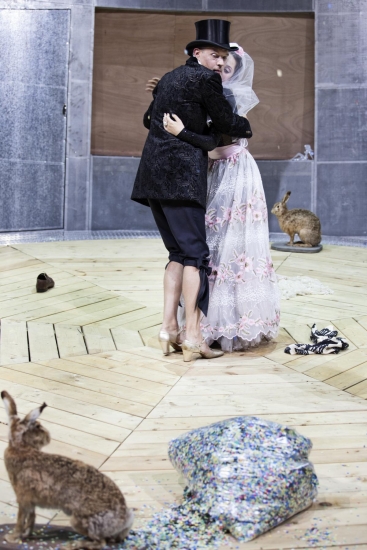 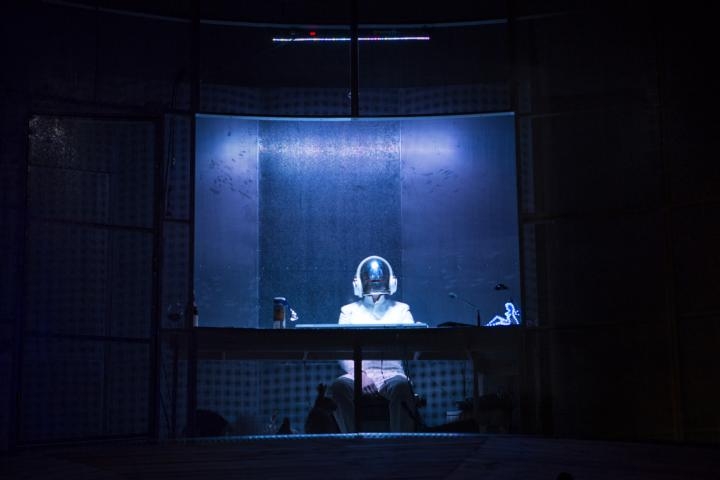 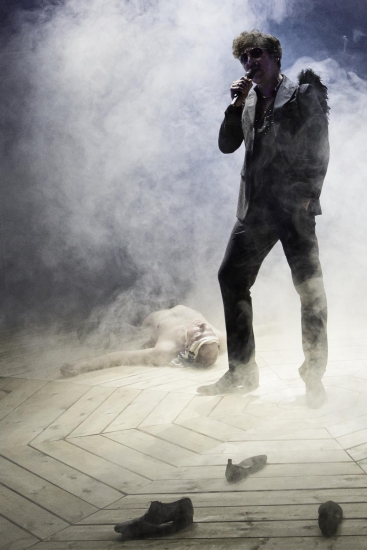 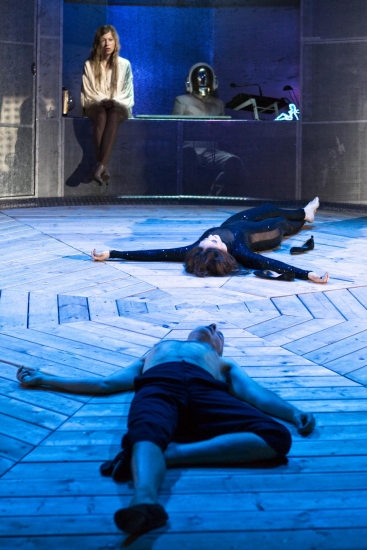 An actor stands alone on the stage and does what actors love to do best – performs a great monologue. But this time it is not for an audience but for himself. »Come on Leonce, give me a monologue, I want to listen. My life is boring me to death ... My head is an empty dancehall with wilting roses strewn across the floor and broken violins tossed in the corner. The last dancers have removed their masks and are looking at each other with shattered eyes.« As one can tell from his words, he is brimming over with cheerfulness and self-confidence, immersed in the most beautiful and magnificent thing that remains to him beyond his boredom – language. As that wise old bird Shakespeare put it: »And worse I may be yet. The worst is not / So long as we can say, ›This is the worst‹ ...« And just when you think that’s it, a Fool pops up from somewhere and interrupts this most beautiful melancholia with a dialogue. Said Fool has already imbibed a few bottles full of classic dramas along with his wine. His name is Valerio and he knows what’s what: »This bottle is no mistress nor idea, it never becomes boring nor unfaithful, it stays true from the first drop till the last. You uncork it and all the dreams slumbering within it come whooshing out.« And one of these blessed dreams is the illusion of love which humanity constantly employs in its attempt to crack the hard nut of its own mortality. The nutcracker is called Lena and she is wearing a wedding dress. She doesn’t say much but she has her fair share of ideas and poses that question which is crucial to us all: »My loves, is the journey so very long?«

In his new production, Patrick Wengenroth touches down on Planet Büchner and discovers on the record-player of world literature a superbly raw album which, in its wealth of quotations, more resembles a Hip-Hop record than a conventional theatre play. So let us put on beautiful masks and party to the ticking of the deathwatch beetle in our chests ...