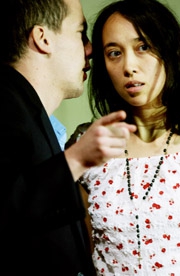 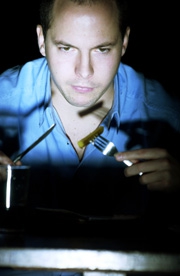 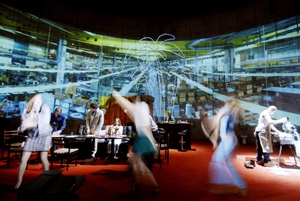 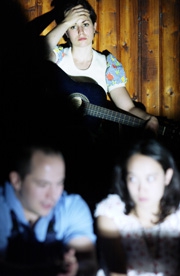 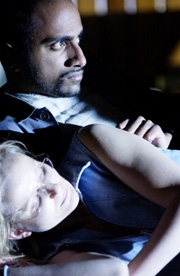 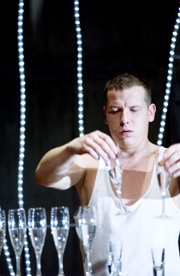 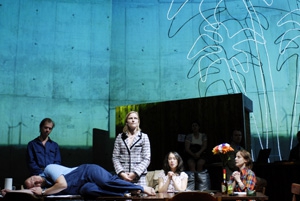 Bernhard lives in a small Bavarian town. He cannot read. In order to keep his job at an industrial carpenter’s, no one must know his secret. He is completely dependent on his brother, and his colleagues don’t take the shy man seriously at all. When he marries Graziella from the Philippines and dares to become independent, he is made a laughing stock of everybody else – even if his friends secretly envy his happiness with a woman he had to pay for. Graziella’s arrival causes a chaos in the seemingly well-organized emotional households of Bernhard’s environment. Suddenly, every hierarchy of power is at disposal. Following the tradition of the critical folk play, Christoph Nußbaumeder describes not only Bernhard’s but also Graziella’s (who is surprisingly self-confident) attempt to become emancipated, the colleagues’ ordinary day in the canteen or pub where they meet for an after-work beer and at home with their families. With dry humour he describes petty bourgeois circumstances of life where latent racism, chauvinistic gender images and ruthless ambitions of prosperity become visible.

CHRISTOPH NUSSBAUMEDER, born in 1978, was winner of the 2nd play-writing competition of the Schaubühne with his play »Mit dem Gurkenflieger in die Südsee«, which was world-premiered at Ruhrfestspiele Recklinghausen in 2005.