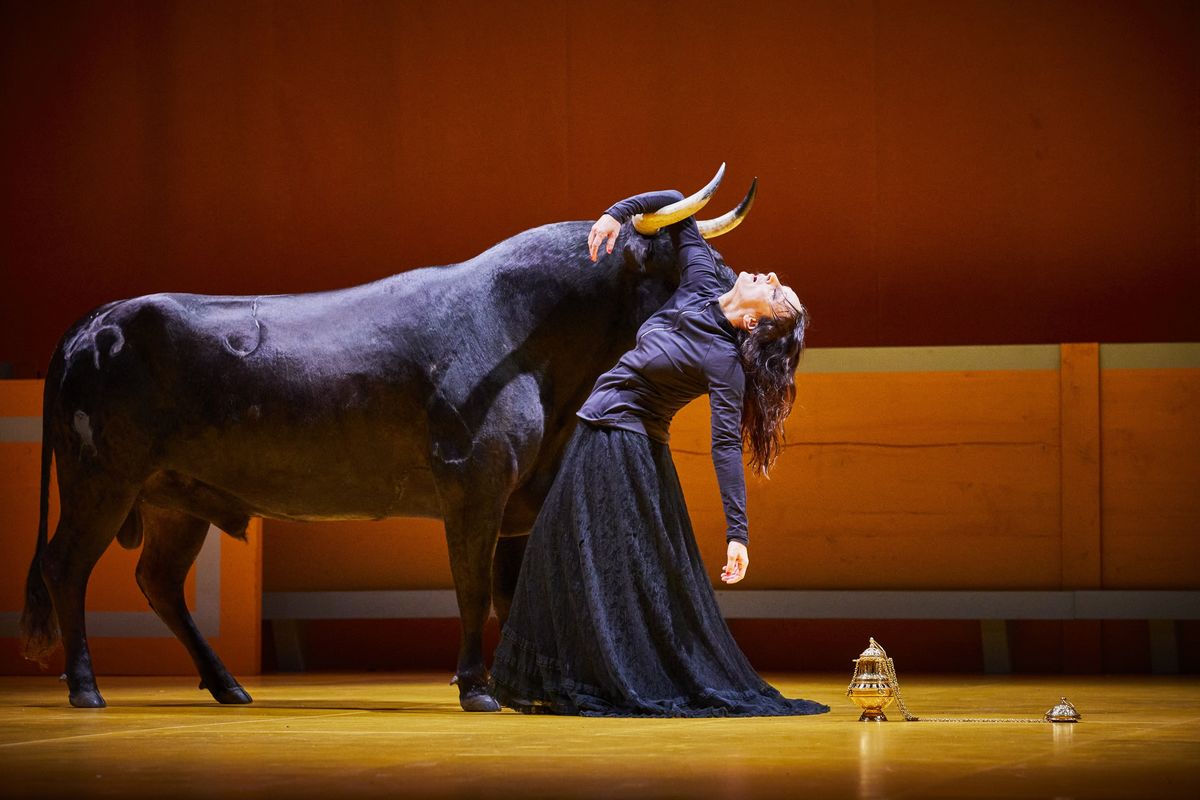 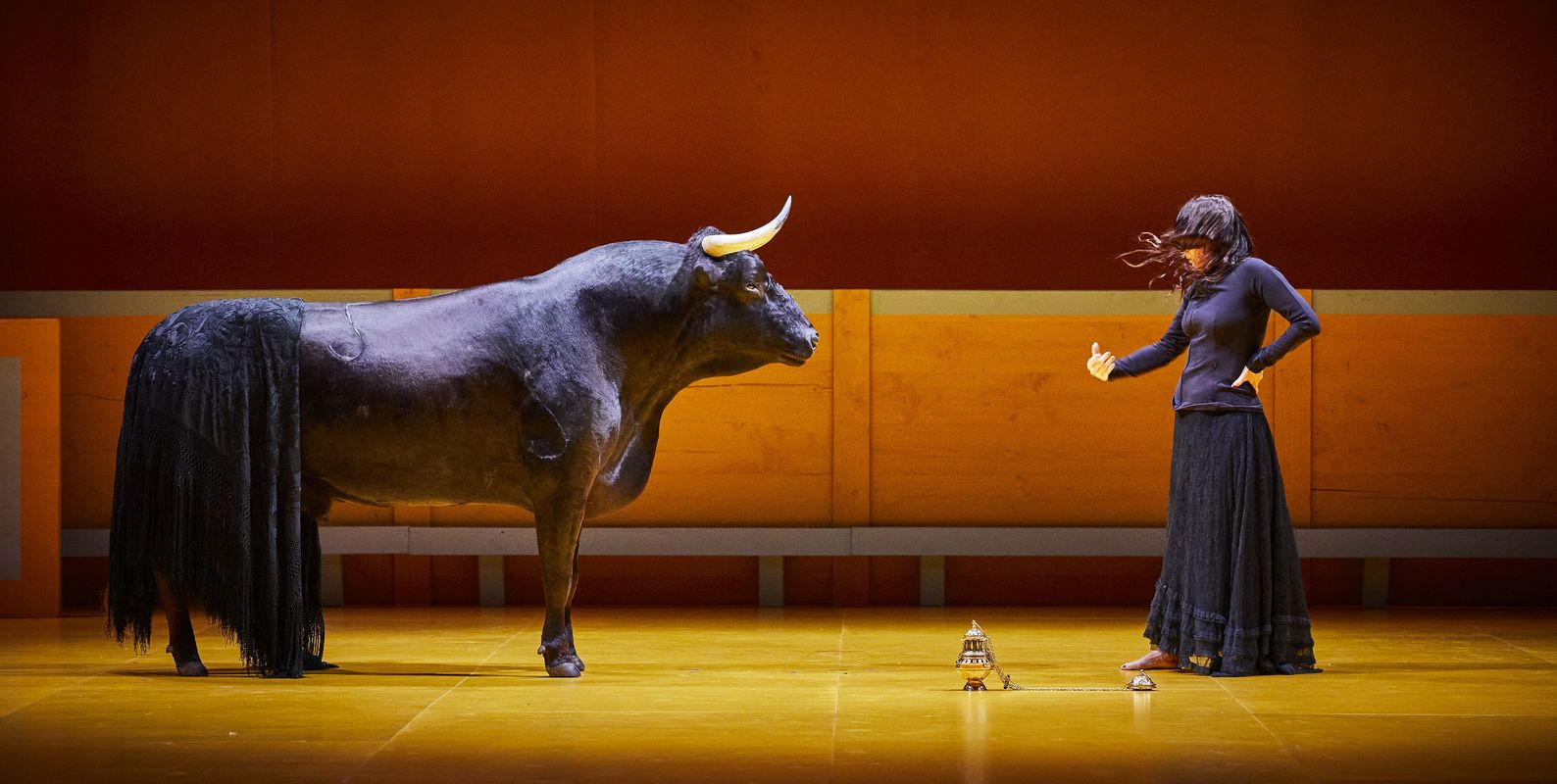 In her latest production, »Liebestod«, Angélica Liddell combines Richard Wagner’s myth and music with the story of the legendary revolutionary bullfighter Juan Belmonte and thus continues her search for the sublime in tragedy. Her play criticises a present that is increasingly losing touch with spirituality and transcendence in favour of a seemingly well-meaning culture that focuses on reconciliation and consensus.

Juan Belmonte (1892–1962), the »divine stutterer« from Seville, is considered to be the inventor of the spiritual bullfight. His slightly deformed legs obliged him to develop a new fighting technique: upright and almost motionless, he fought dangerously close to the bull’s body and became the greatest matador of his time, in legendary competition with his rival Joselito. His assertion that »The way you fight the bull is the way you are« sums up his philosophy. His suicide speaks of the »being no longer able to live« captured by the philosopher Emil Cioran at the height of his own despair. Sick with lung cancer, Belmonte took his life with a pistol in 1962, like his companion and admirer Ernest Hemingway. »Liebestod« is the title of the finale of Richard Wagner’s 1865 opera »Tristan und Isolde« which is based on the Celtic legend of two unfortunate lovers who are only united in death. The word »Liebestod« (love-death) refers to the theme of erotic death or »love to the death«, the idea that the consummation of the couple’s love takes place in or even after death.

Angélica Liddell brings both references together in her new work: Belmonte’s tireless search for tragic beauty and holiness and Wagner’s tragic consummation of love in death. »I want to make theatre like a bullfighter. I’m always searching for the sublime moment, for transfiguration, for overwhelming rapture, for rays and light, for the lyrical transformation that occurs when people love«. Liddell conjures up the figures of the bull and the bullfighter and is reflected in both: she is simultaneously the lover and the beloved, confronting her darkest abysses, her furious passion and longing for death, insulting her audience and contemporary culture which has lost its connection to myth and transcendence. Liddell herself and her texts, in which she screams, stutters and whispers at love and death, are centre stage. With visually striking references to a Spanish bullring and the rituals of the Catholic church, the production is structured like a rite of incantation.

>>> Essay about the production in Pearson's Preview: »Spotlight on Angélica Liddell – FIND 2021’s Artist in Focus«