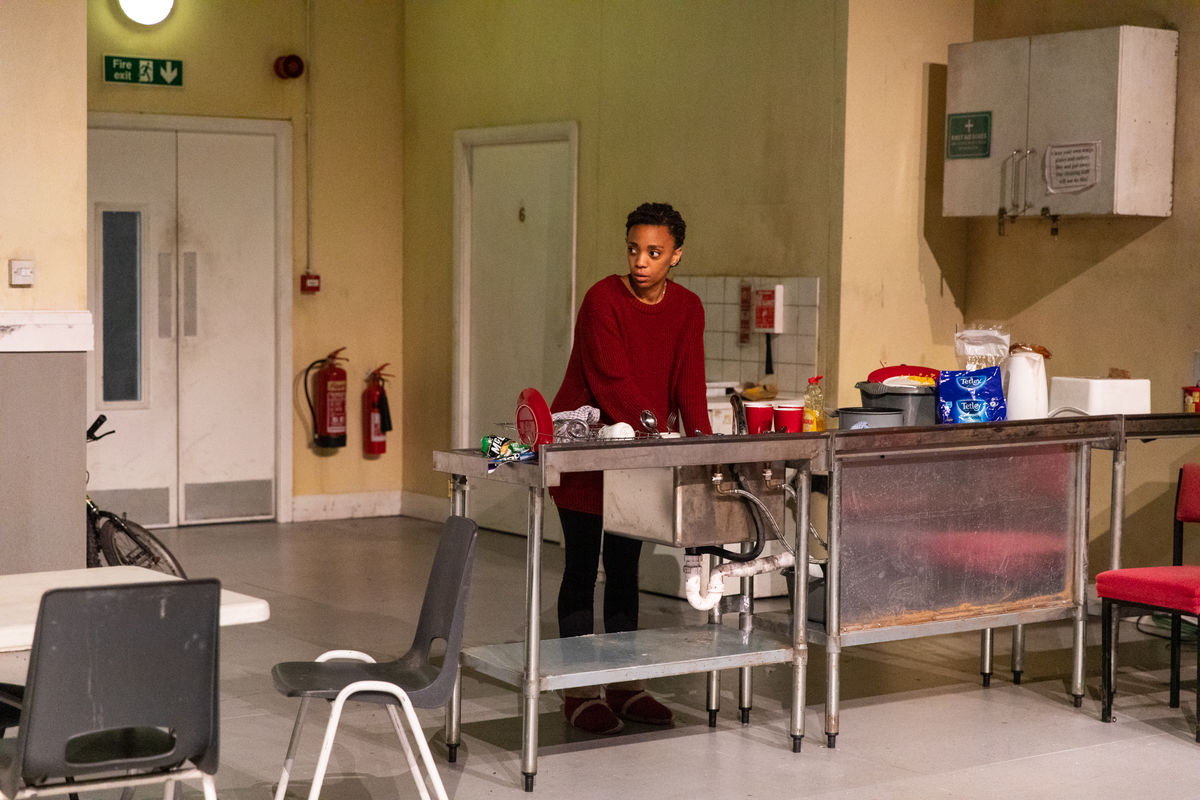 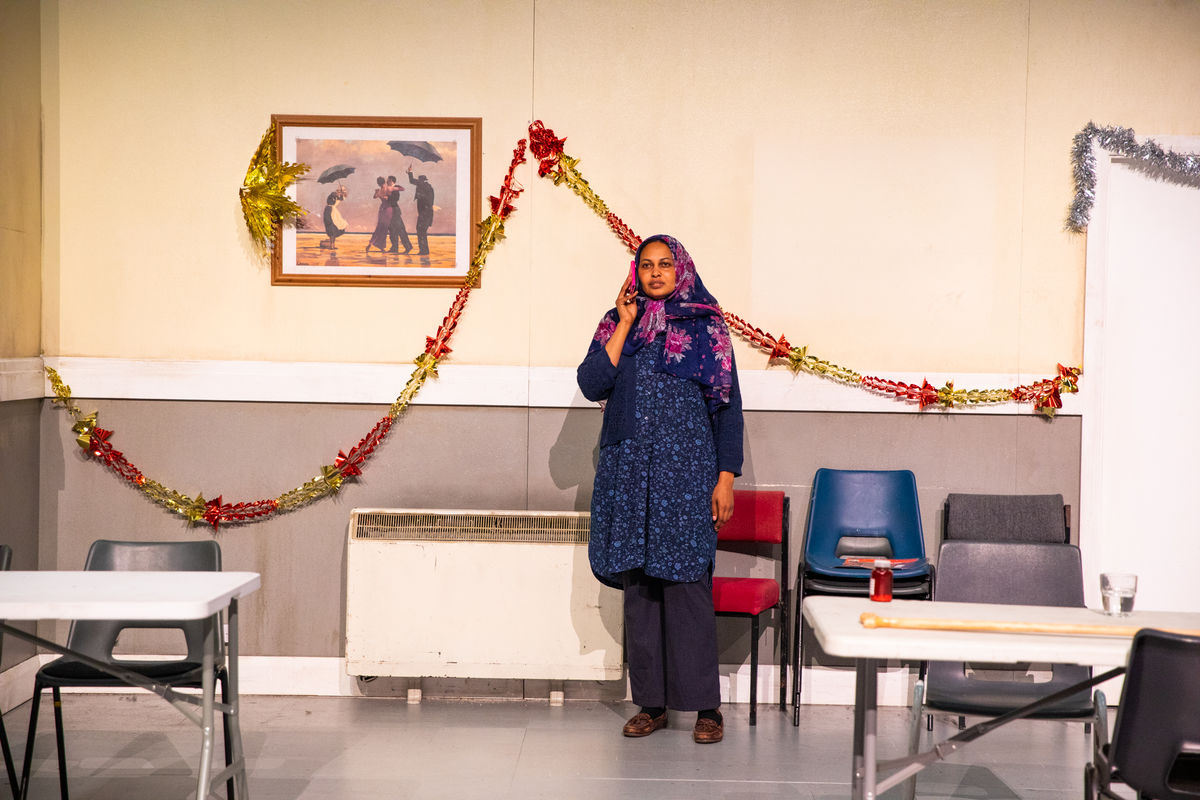 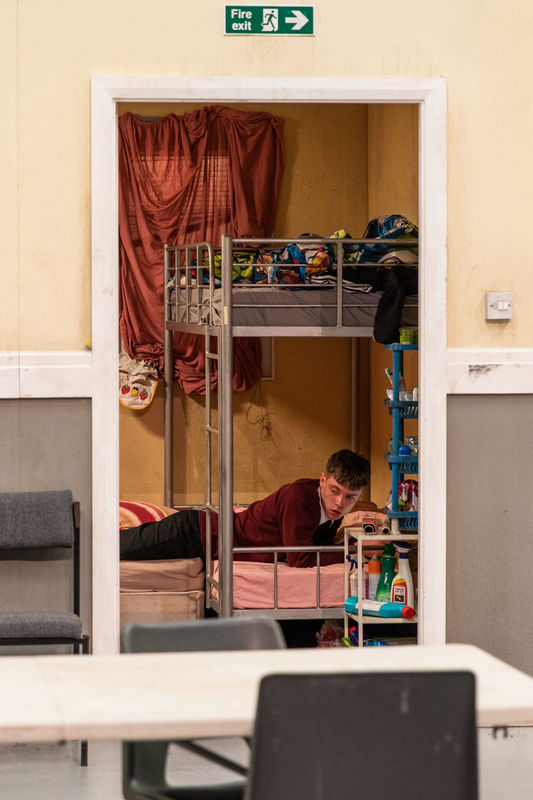 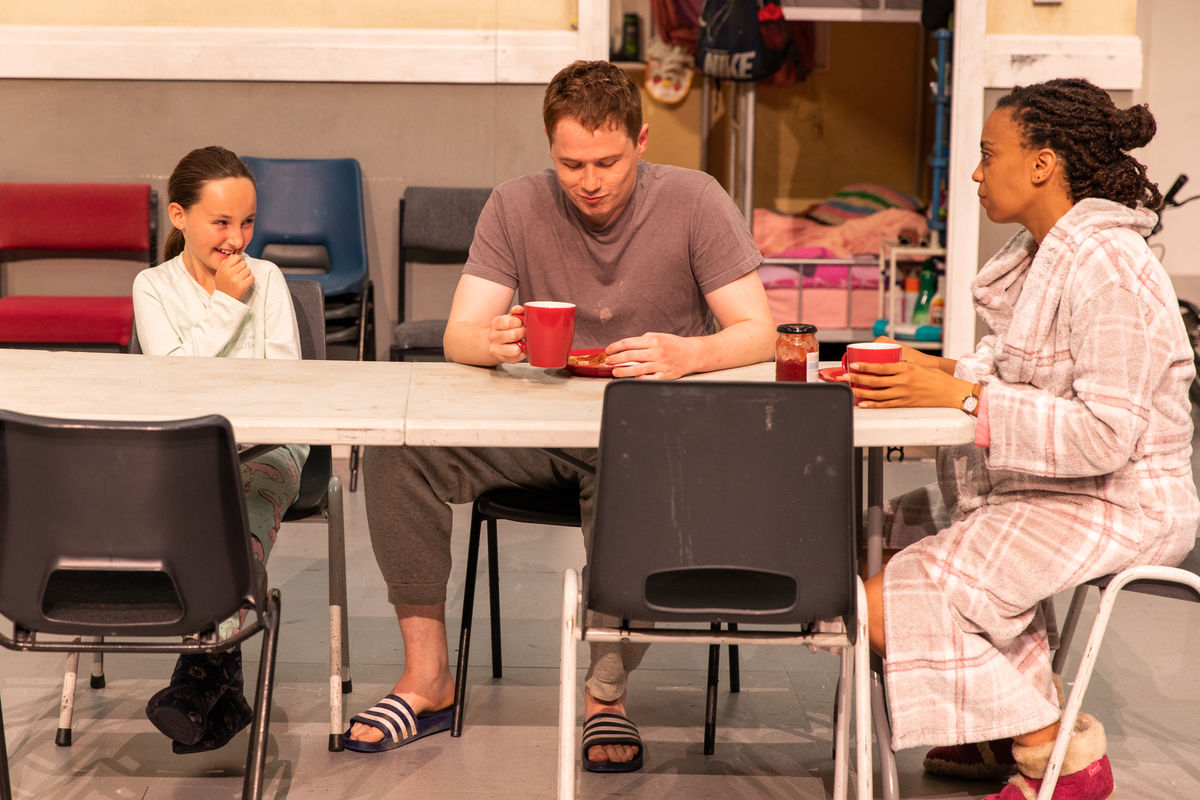 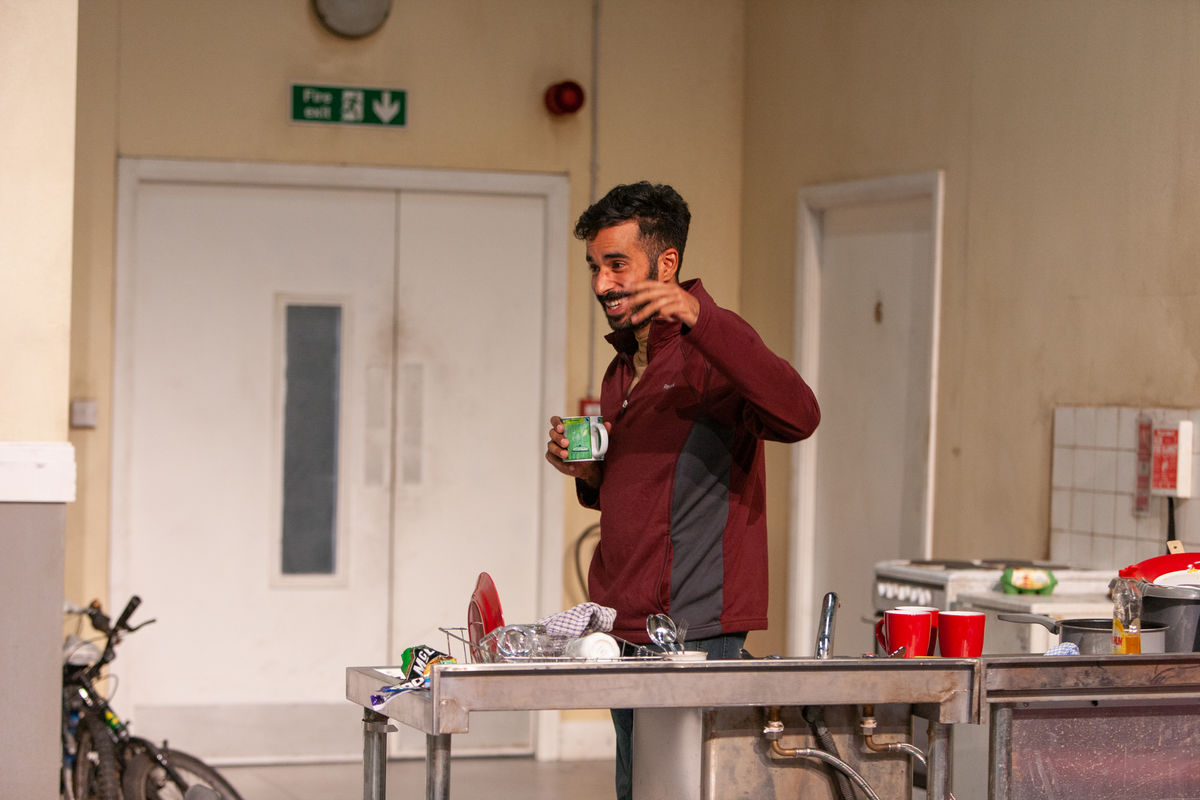 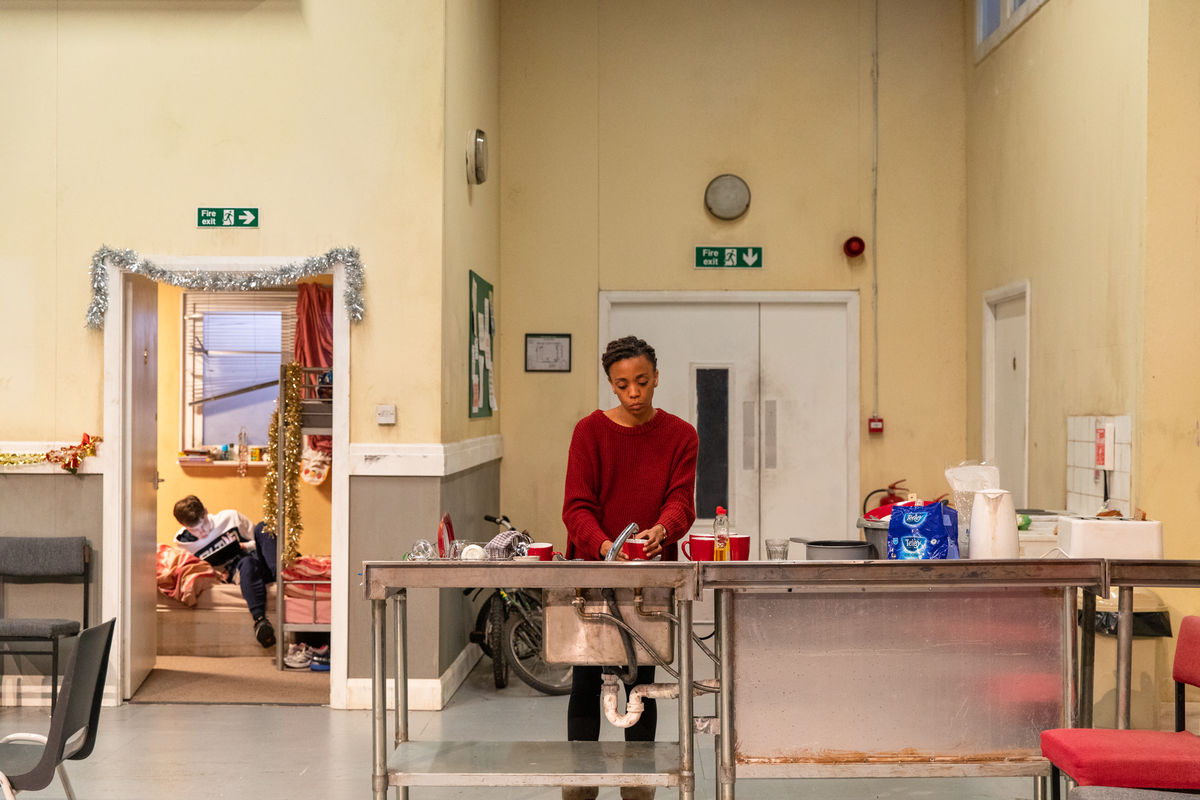 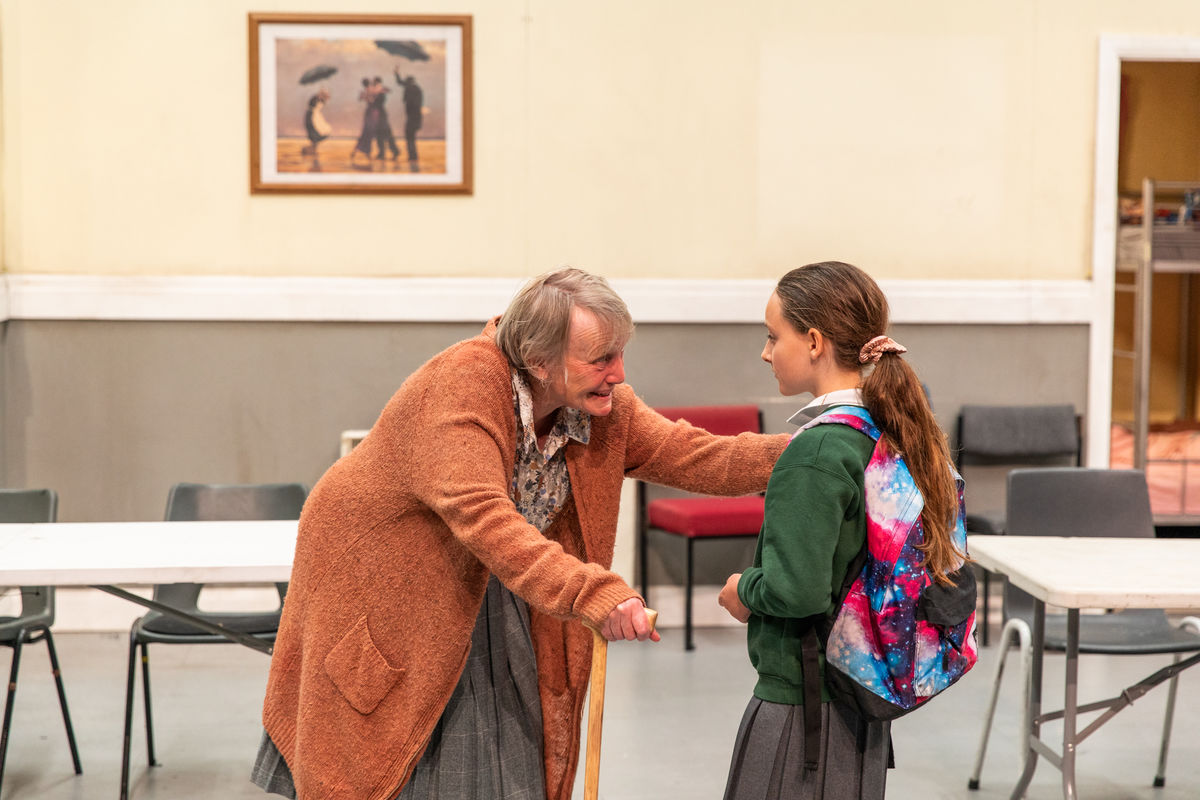 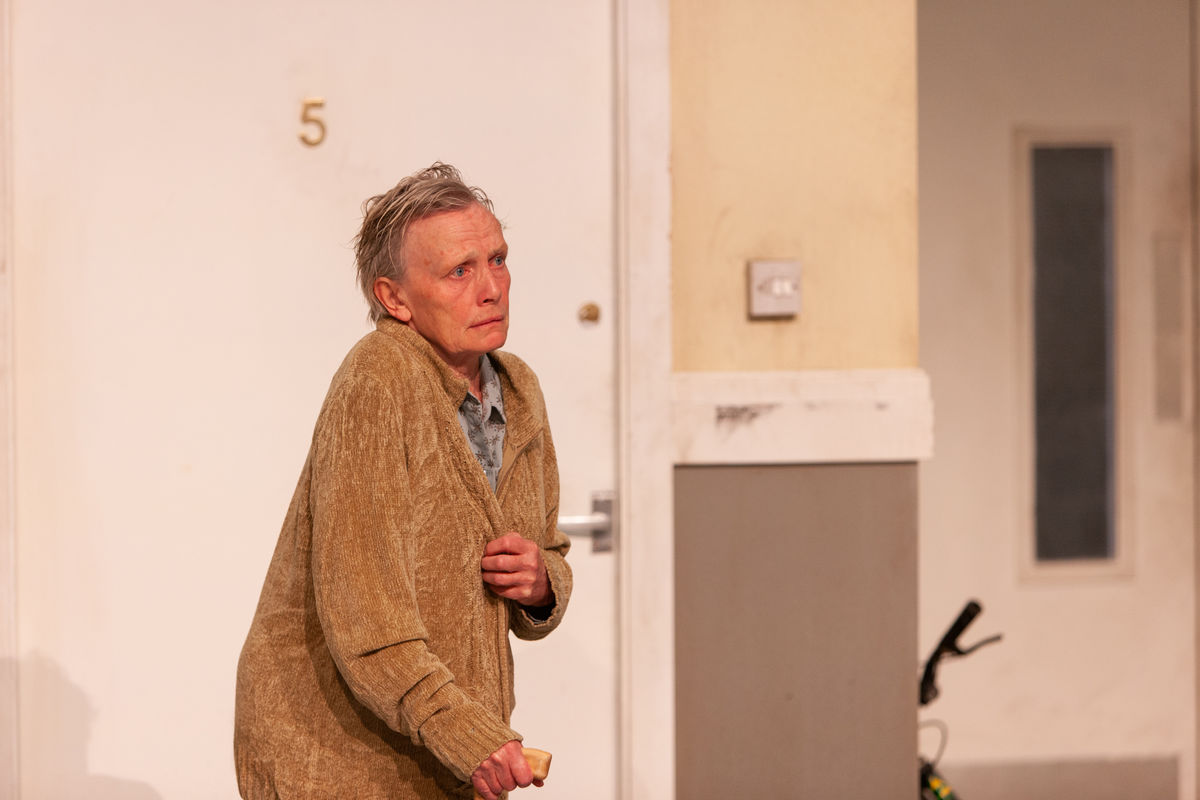 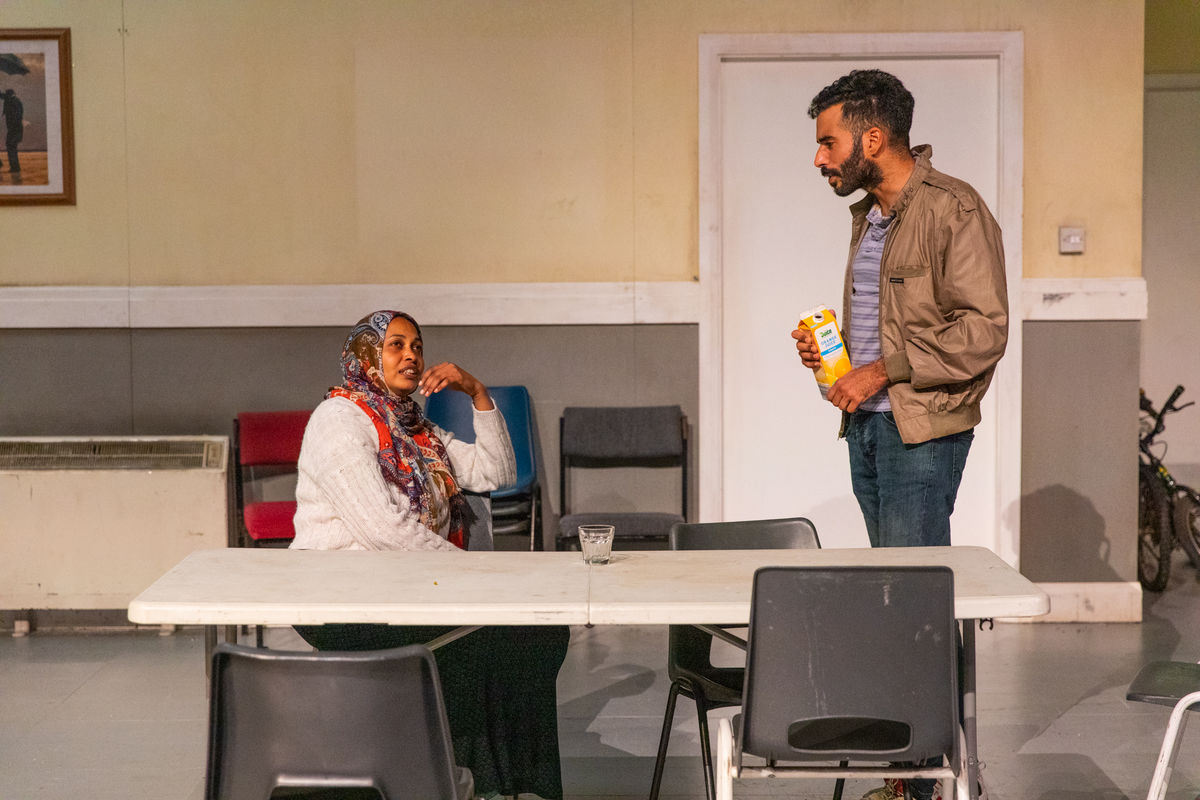 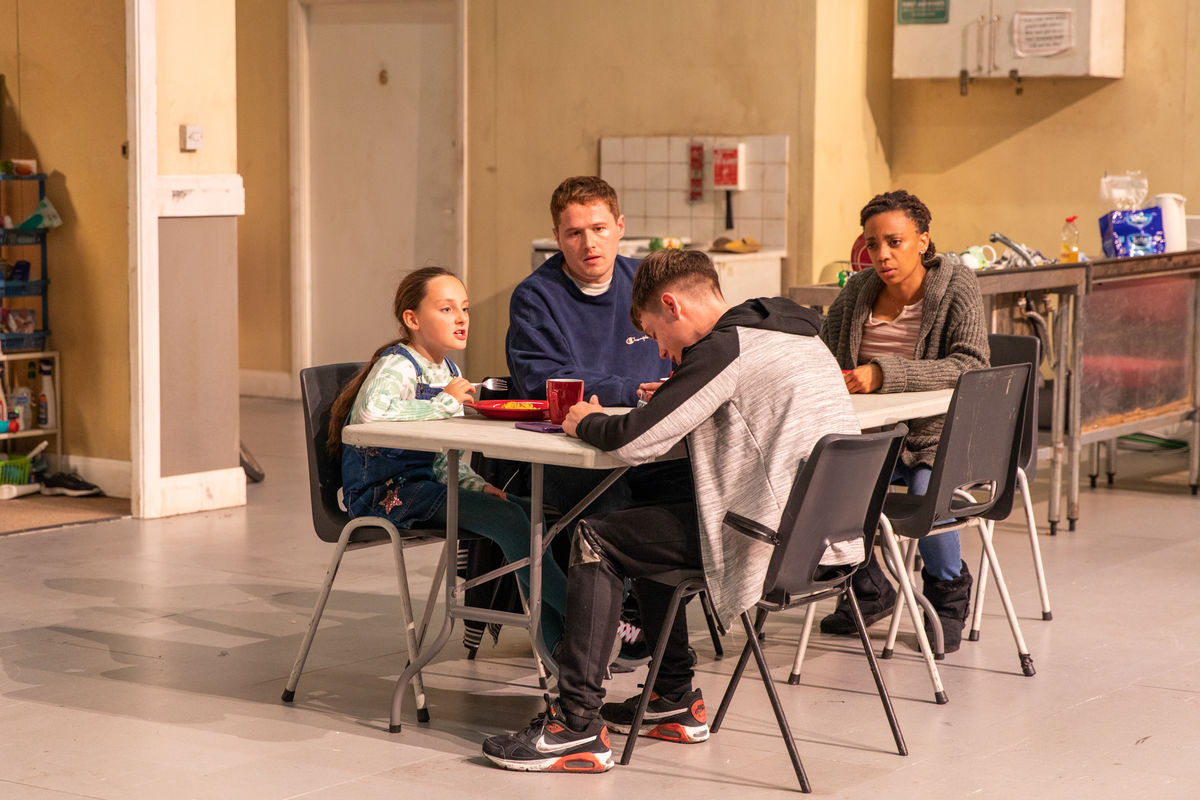 A council-run emergency shelter over Christmas. The lounge area with a kitchenette, leading off to the shared bathroom and the bedrooms. People with very different stories find a place to stay here and meet each other. A woman from Sudan has just arrived in the UK and makes lengthy phone calls for as long as the connections last. An itinerant man arrives laden with suitcases and makes himself at home in his room. A father, two children and their heavily pregnant mother want to return home or find a new one as soon as possible. A middle-aged man of around fifty looks after his care-dependent mother and has lived in his room for a long time. The place is utilitarian, only really intended to be temporary accommodation until the people living here can find a better home. The hyper-realistic production literally places the audience under the same roof and shares funny, sad, touching and deeply human moments with them and the residents. The period of stay, charged with small and existential conflicts, encounters and emotions, is also and above all else a time of waiting: waiting for the kettle to boil, the bathroom to be free or for it to be your turn in the kitchen to prepare dinner. It is also a time of waiting to finally be able to go somewhere else, to begin or end a life that is not just limited to satisfying basic needs. In realistic scenes in real time, Alexander Zeldin’s production depicts the attempts of each and every one to hold onto their own dignity. It is played by extraordinary actors who embody their characters with great powers of observation and a love of detail. »LOVE« is part of »The Inequalities« trilogy by the British writer and director Alexander Zeldin. The three productions address social inequality, seeking to present it in a realistic way via theatrical means and also to critically question it. The first part of the trilogy, »Beyond Caring«, a play set among cleaning staff at a slaughterhouse, was scheduled to be shown in a new production by

Alexander Zeldin with actors from the Schaubühne ensemble last spring — however, the play has been postponed to April 2022 due to the COVID-19 pandemic. Alexander Zeldin works both for theatre and film. In 2017 he became Artist in Residence and later Associate Director at the National Theatre. Zeldin is a recipient of the Arts Foundation Fellowship for Literature and Associate Artist at the Odéon — Théâtre de l’Europe. 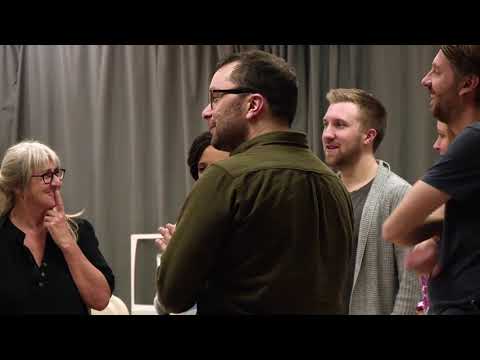