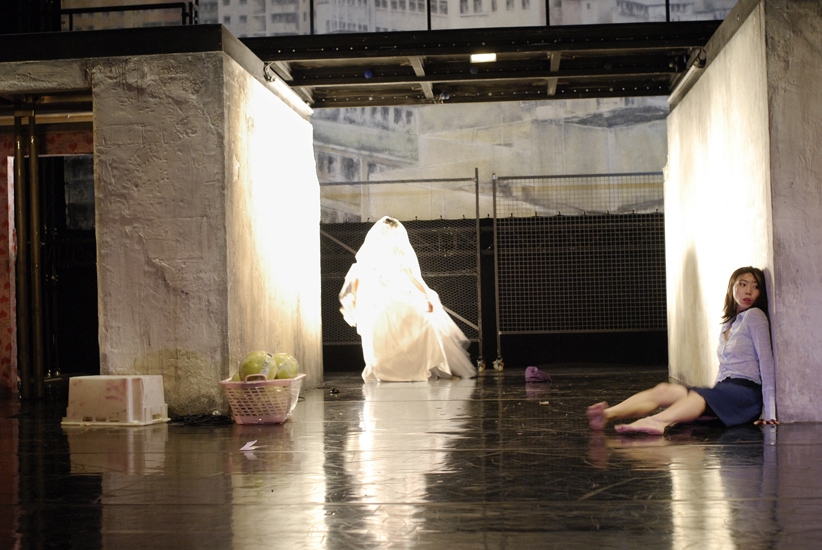 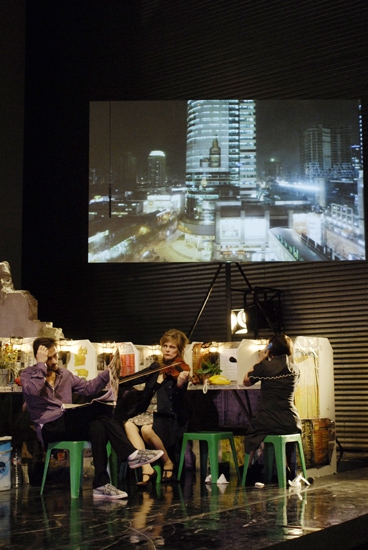 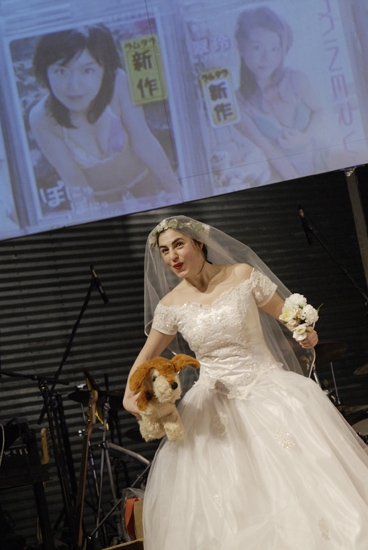 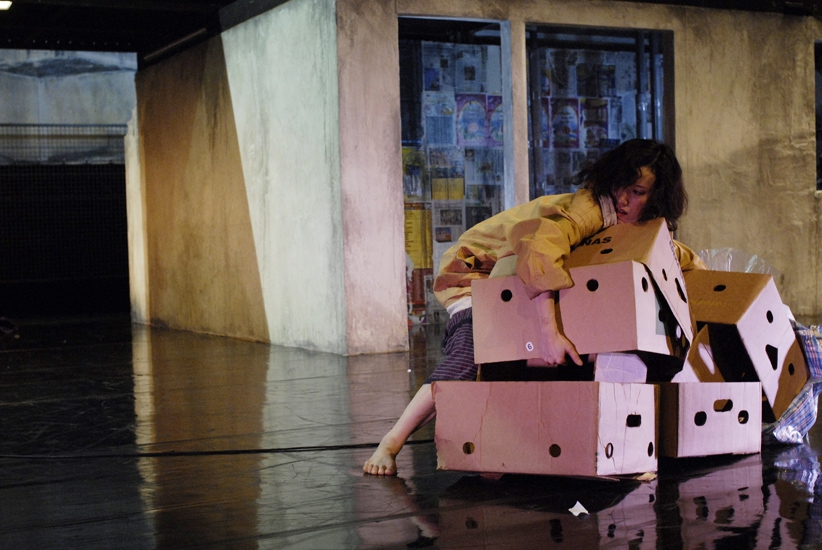 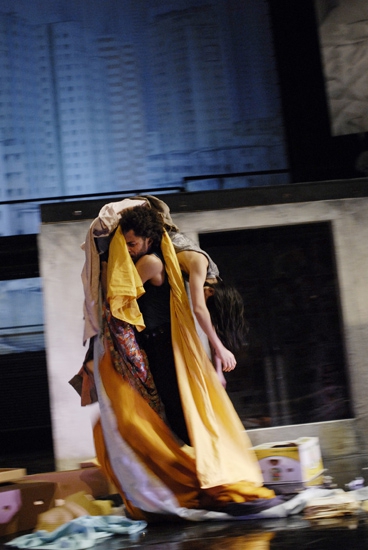 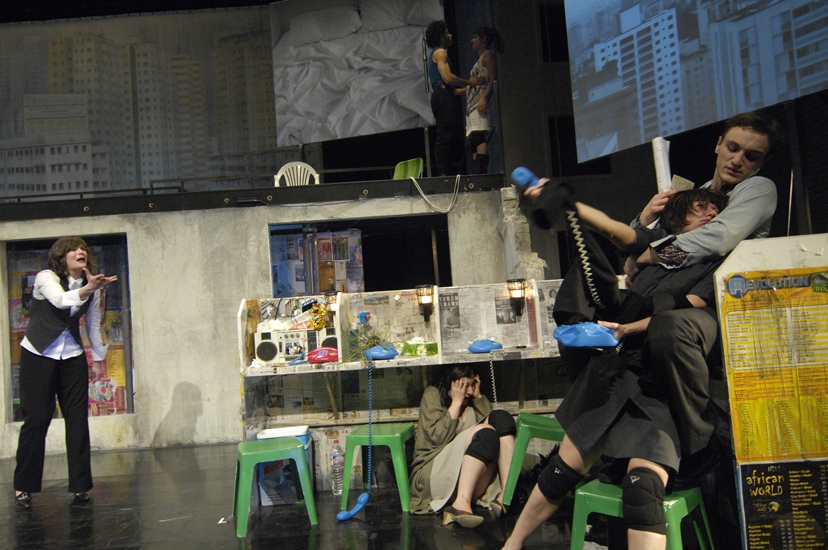 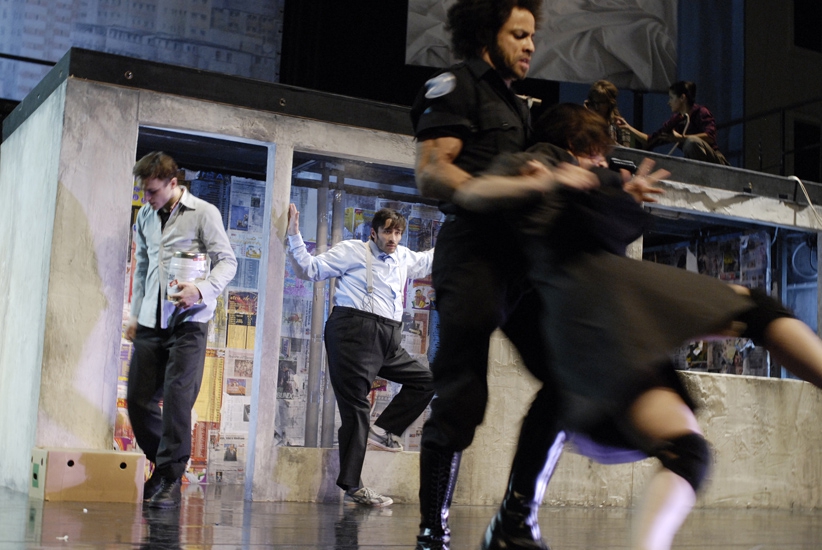 MEGALOPOLIS is not a specific but rather a metaphorical place. The scene is a city under the influence of globalisation. This city is characterised by the illegibility of today's megacities, that were born into chaos. Its characteristics are unbridled growth, decay and an infinite dissolution. Tight and narrow, the city dissolves the borders between private and public spheres and allows them to all but disappear. At the same time this borderlessness forces us to perceive the city as a collage which is made up of innumerable biographical bits. The battle between two street vendors fighting for the best spot today demonstrates an existential confrontation that tomorrow is already forgotten. Megacities are a paradigm for the spaces in which people live together without knowing one another. The ever-present surveillance systems do not only create constantly watched beings but also a different sort of self-perception. The body of a person changes itself into an expressive instrument which creates and destroys systems and rules. Which interactions still have any kind of validity? Will urban development follow principles, which are totally unknown to us? Is the apparent decay of social relationships a cause or a consequence of the signs of decay in our cities? MEGALOPOLIS is a promise and a curse. MEGALOPOLIS is a shining city. MEGALOPOLIS is an uncontrollable construct, constantly in motion.

In 2010, Constanza Macras received the »Faust« theatre award for the choreography of »Megalopolis«.