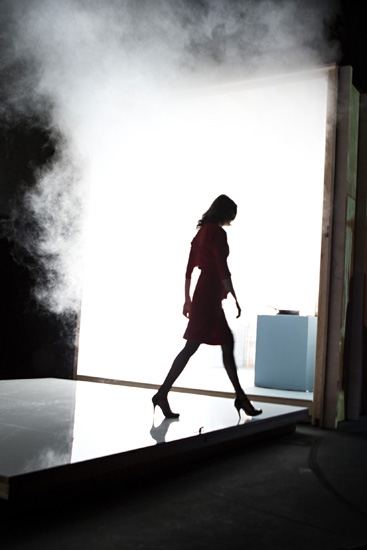 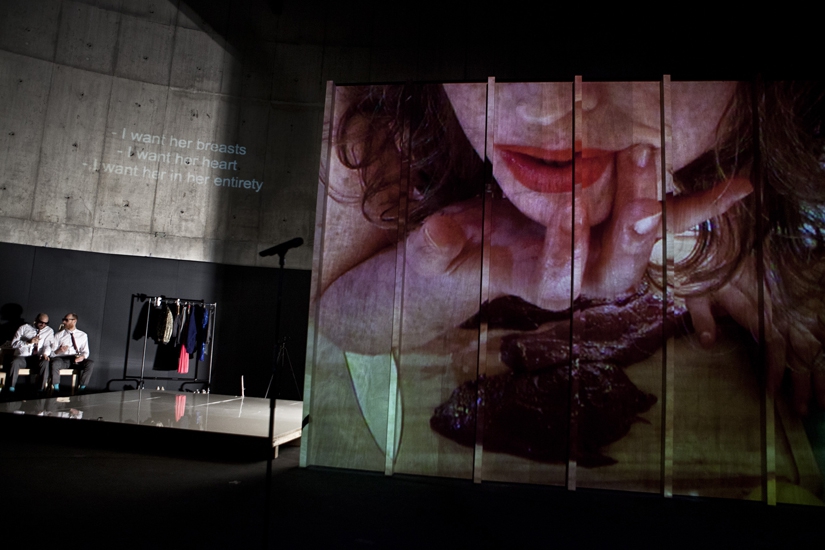 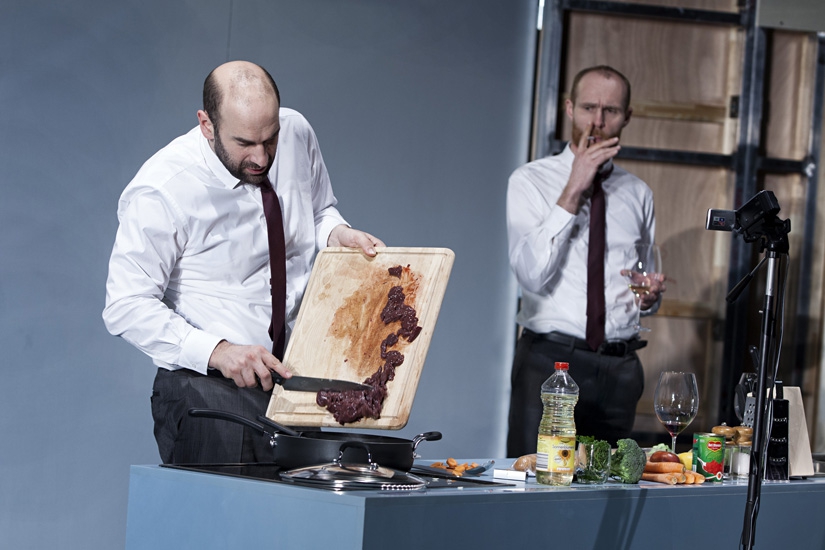 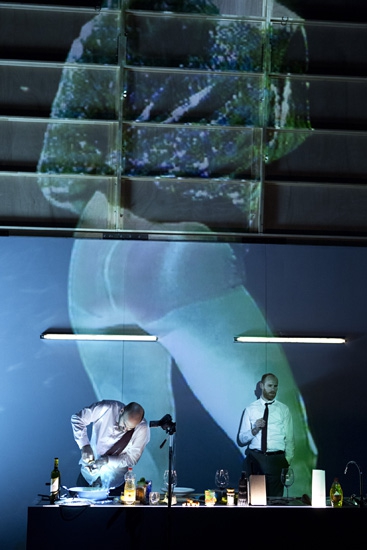 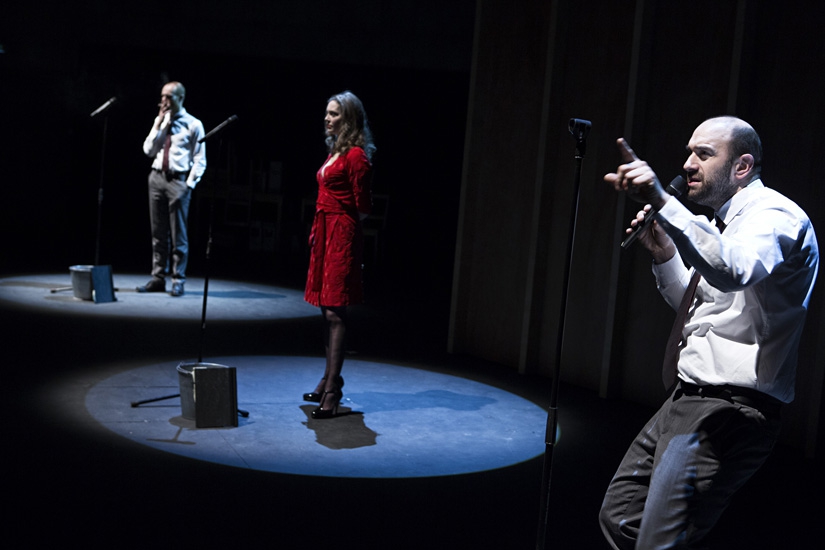 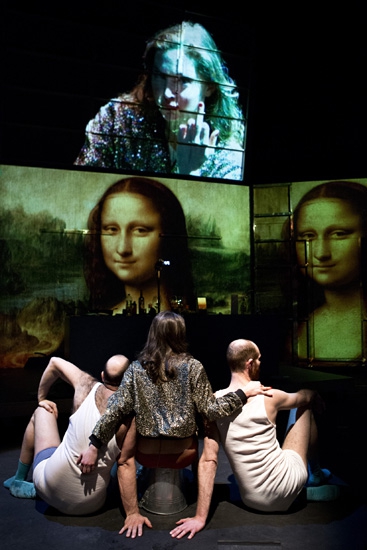 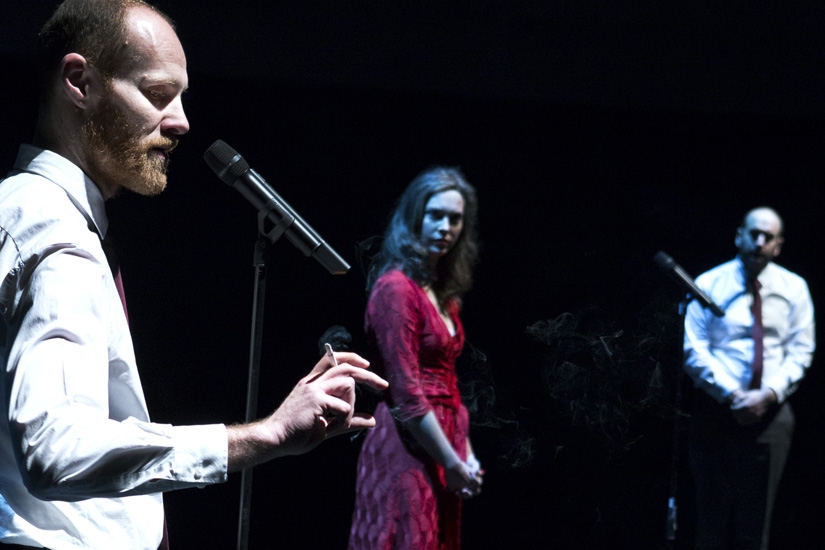 Notes From the Kitchen

An impoverished artist hopes to achieve fame and fortune by winning an art prize. A father, who loves opera and boxing, gives his son vermouth and olives for breakfast, in order to protect him from any horrific experiences at school. The two men love the same woman and want to win her heart and body. As the way to any (wo)man’s heart is through the stomach, the men begin to cook. The cooking duel which ensues uses recipes such as lamb sweetbreads in a cream and honey sauce, capers on ca- per soup, berries on berry soup, from »Leonardo da Vinci’s Notes From the Kitchen«. In the kitchen the three confront one another with stories of their lives: stories of longing for love, of the fear of meaninglessness and, despite repeated disappointment, their everlasting passions and desires.