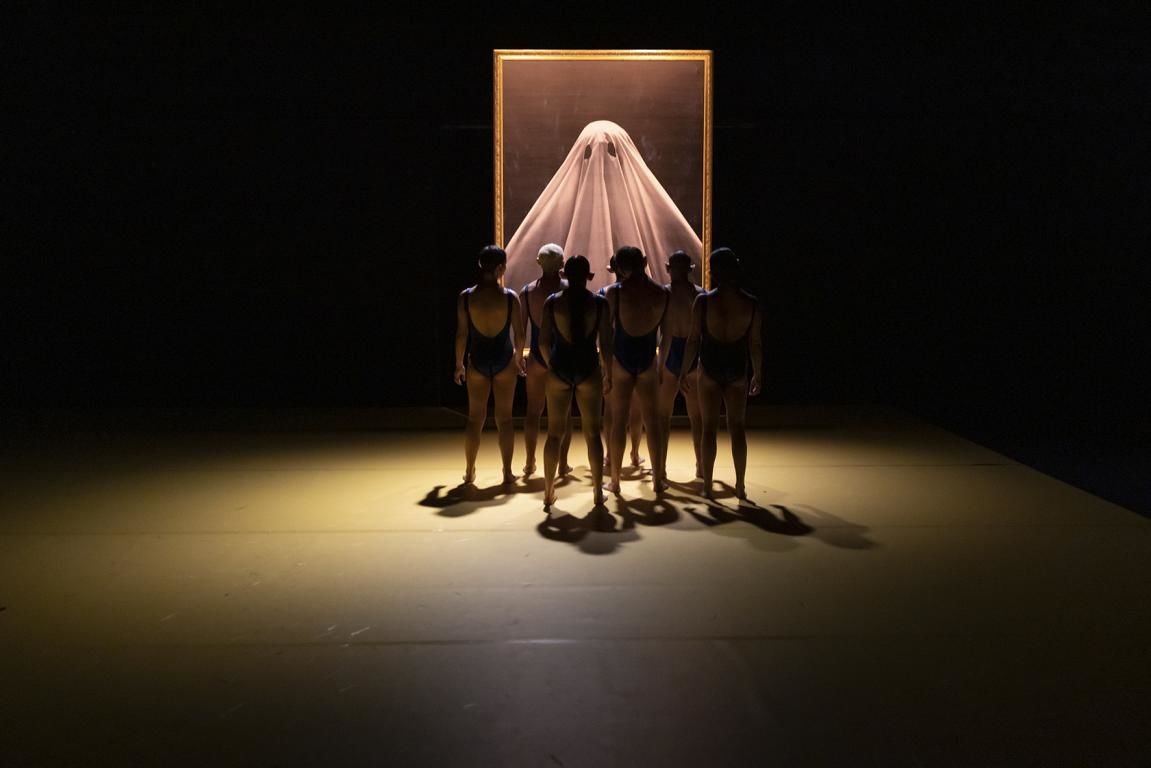 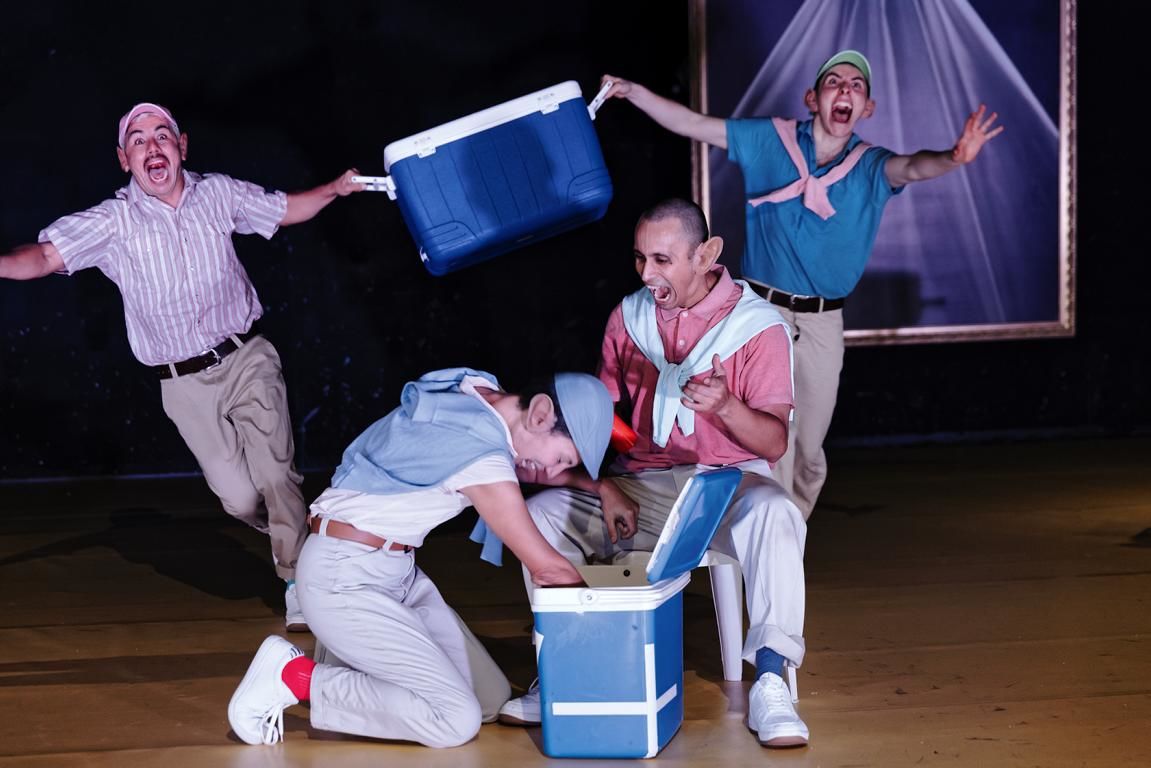 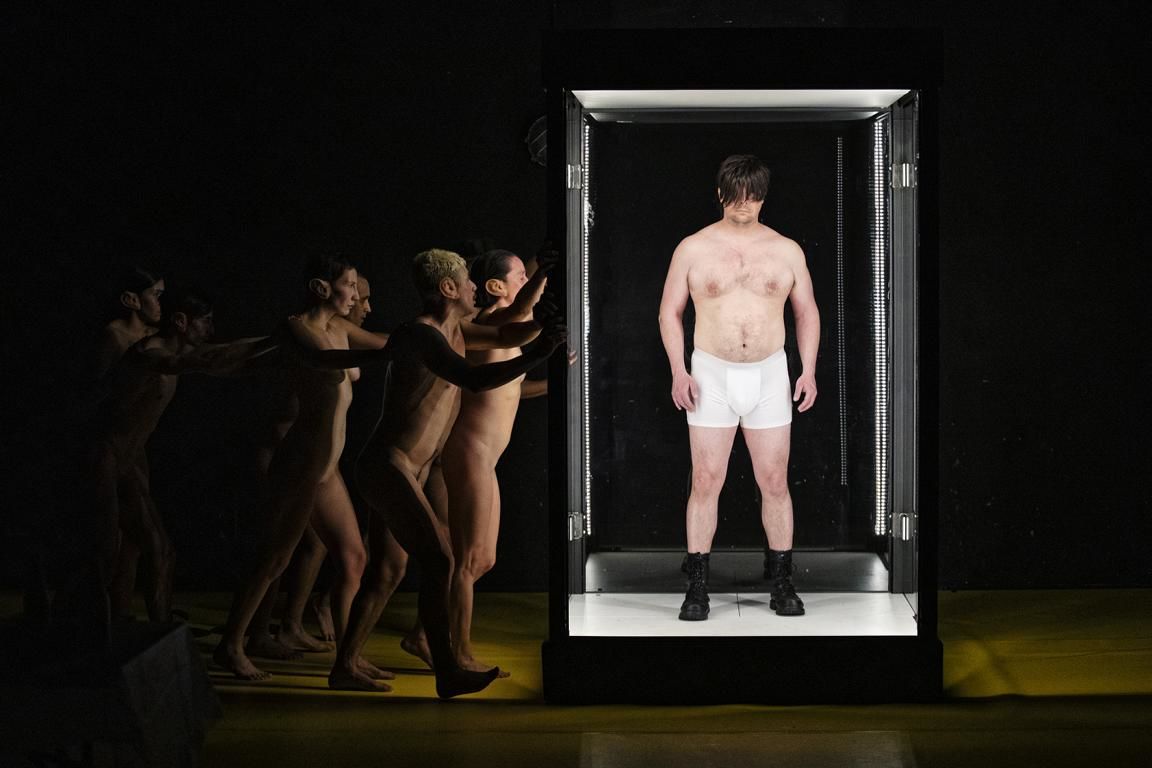 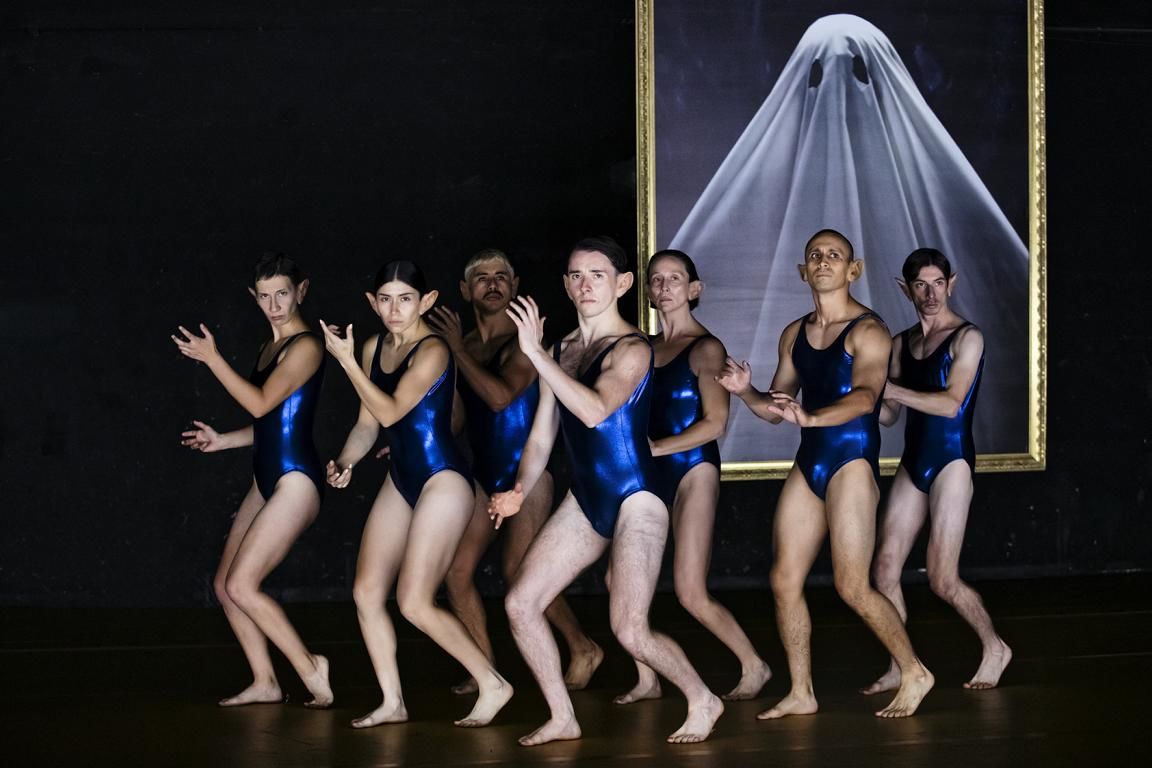 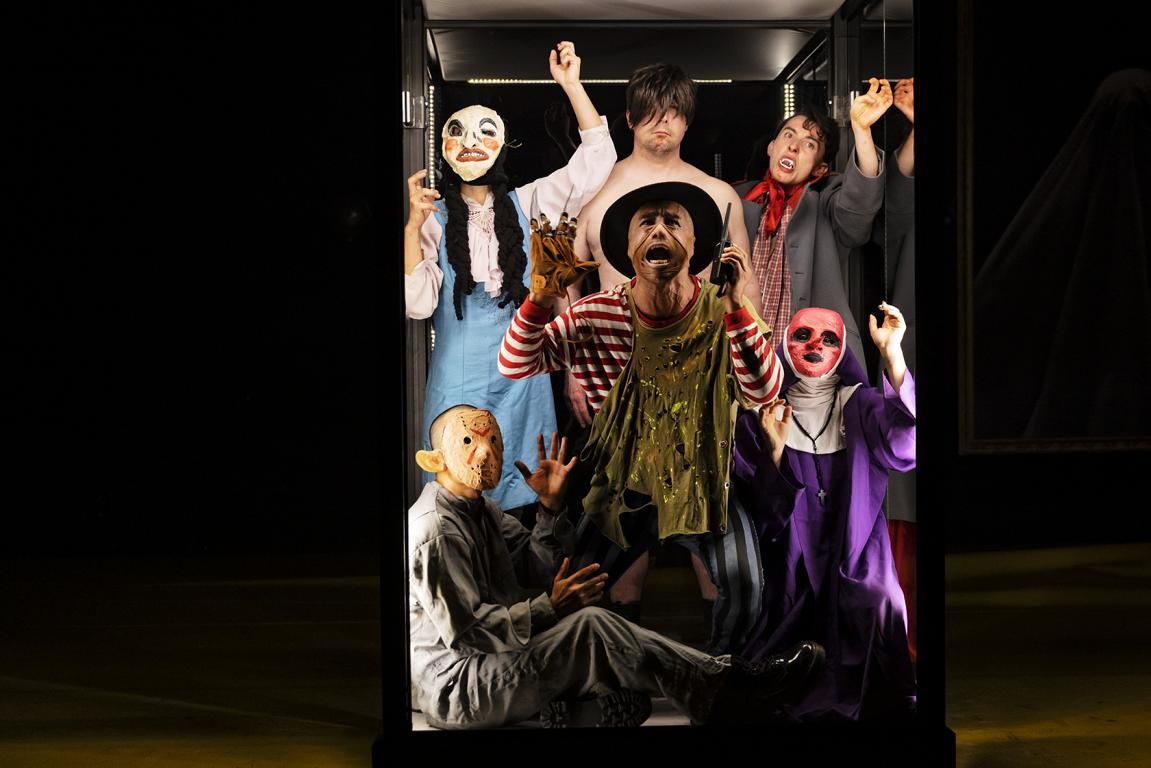 Eight bodies move across the stage in mysterious convulsions. They march, train and celebrate – but it remains unclear whether their movements are expressing suffering or joy, pride or fear. Together they form the Police Body, a mechanical and convulsive organism composed of strictly disciplined bodies. They are being trained to be violent towards themselves and others, and what is once inscribed into the body pervades all levels of being and life. Maintaining order is the imperative – but the violence required to do so provokes a physical reaction in the bodies of its victims whose emotions are always threatening to overflow and cause a dangerous explosion. Police, victims and fantastical figures of evil meet in an abstract museum space for an eerie carnival in which not all fronts are clear.

Inspired by the estallido social, the social uprising that swept through the streets of Santiago de Chile on 18 October 2019 and filled the Plaza Dignidad, Marco Layera and his company Teatro La Re­sentida undertake a choreographic reflection on the nature of violence which, in Chile, has locked the police and citizens in an ongoing dialectic. This examination of the systemic and individual motivations for violence focuses in particular on the side of those using violence. What connects individual conviction and forced disciplining? Who is pulling the strings behind the scenes? How can the aggression of the victims be discharged. And: Who can be held accountable in the oasis of impunity? Six actors, two dancers and a living sculpture embark on a quest for answers.

»Oasis de la Impunidad« will also be shown at the Münchner Kammerspiele on April 7 and 8.


Supported by the Foundation Remembrance, Responsibilty and Future (EVZ) and by the Federal Ministry of Finance (BMF).

With kind support of the Goethe Institut.