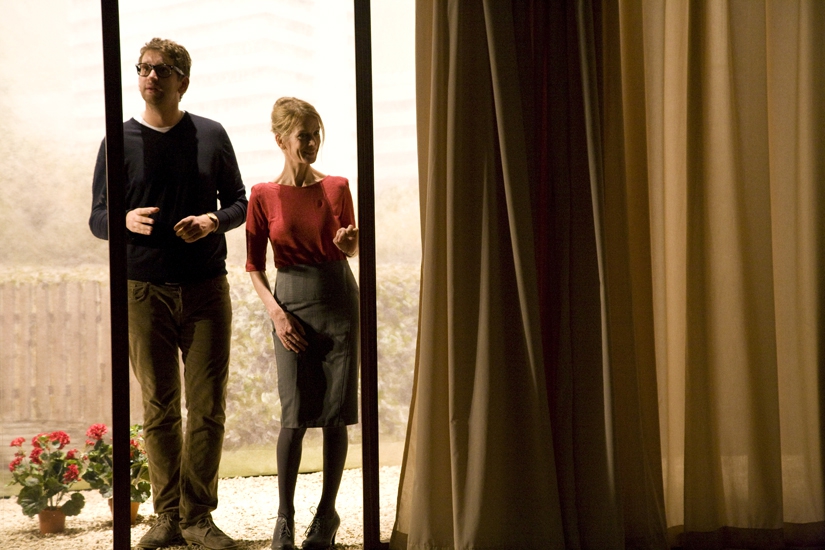 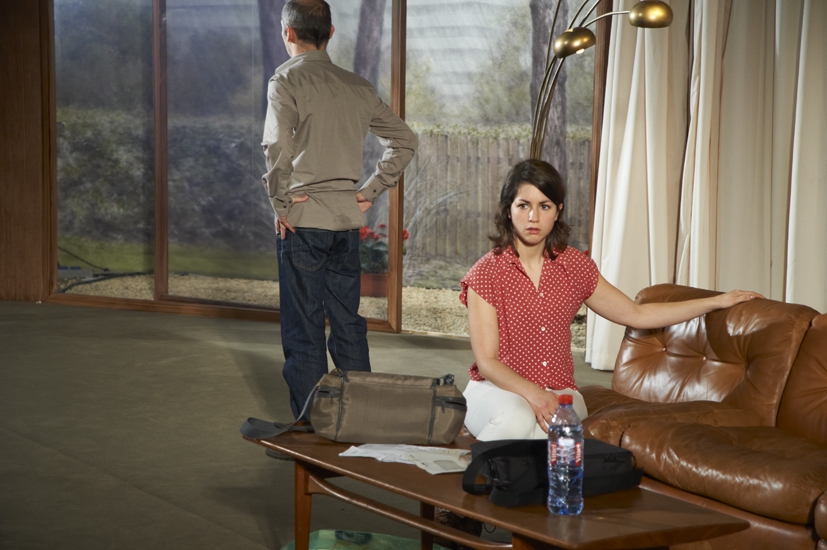 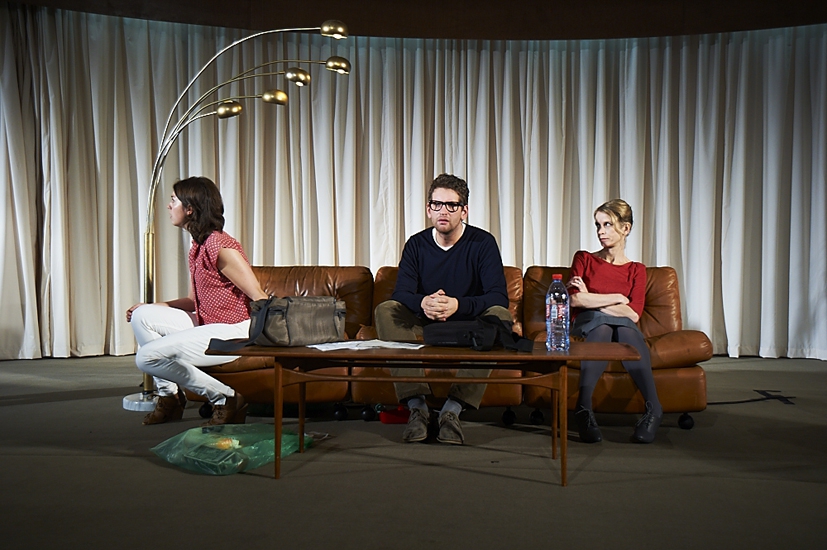 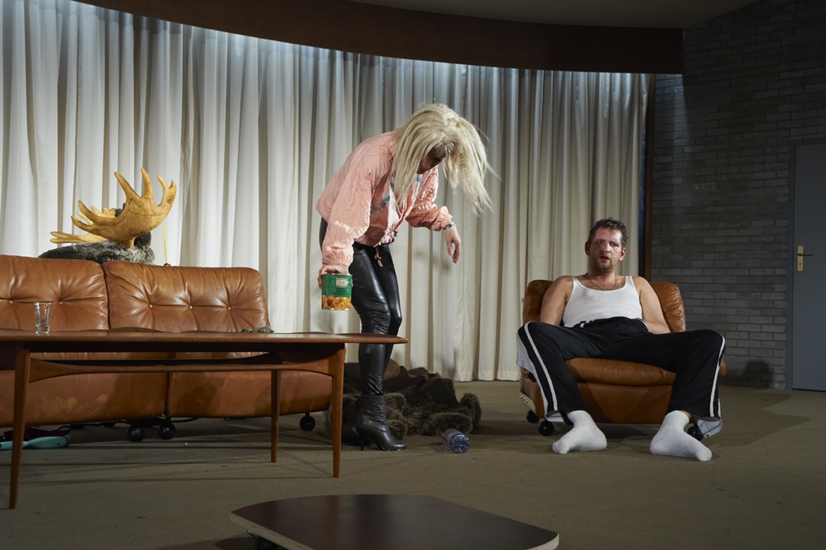 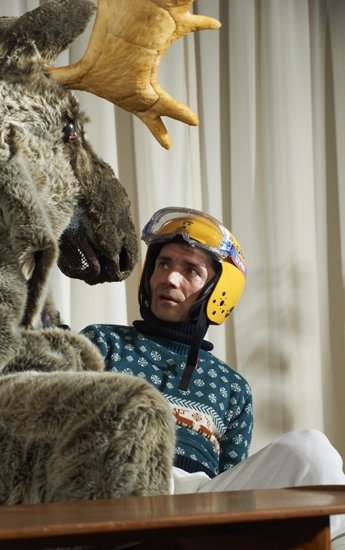 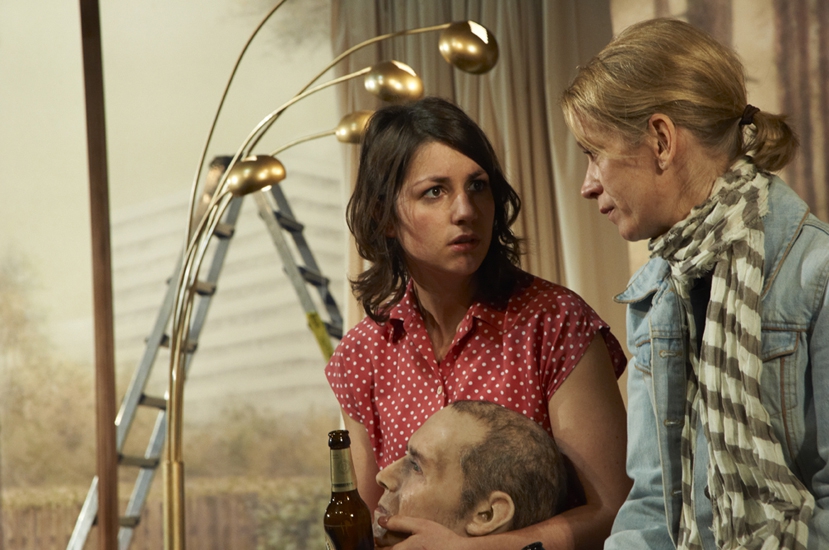 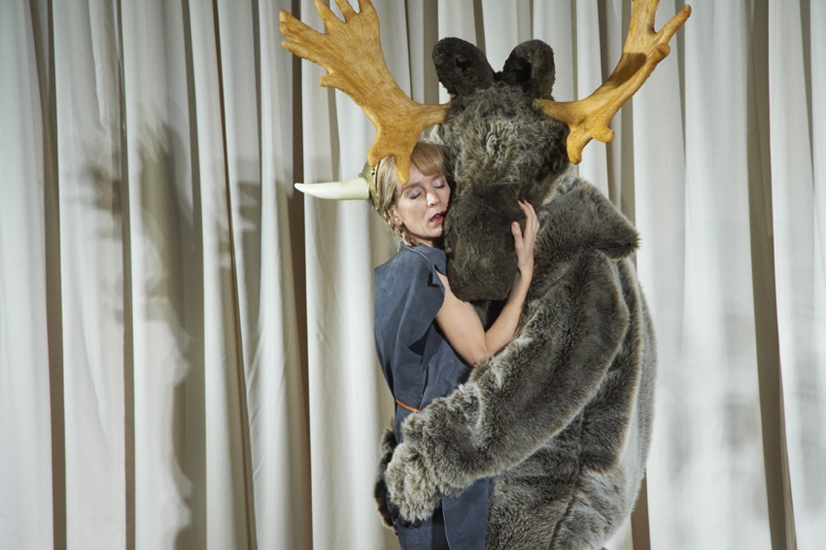 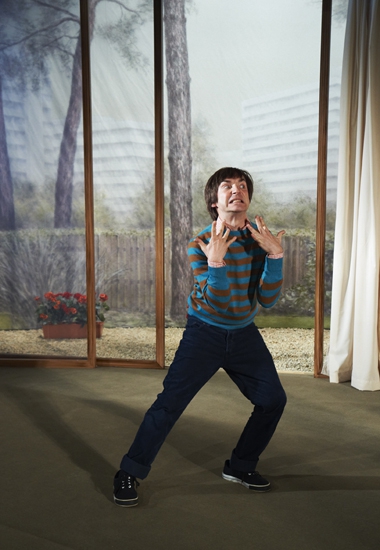 A couple, Eva and Robert, come home after a holiday. The plants look mysteriously different and a letter informs them of the disconnection of their electricity supply. Enter Judith and Sebastian, friends of the couple, who were meant to have taken care of things in their absence. However, they turn out to be the rightful occupants and throw Eva and Robert unceremoniously out of their home. A short while later they both return, but this time, after a change of outfit, they are an au-pair and the son of the second couple. A series of transformations ensues, with identity and reality in a state of constant flux: Robert appears as an SS man and a skier, Sebastian is first a moose and then turns homosexual, Judith realises that it’s all just to do with a twitching in her synapses, and Eva becomes a volcano and dies of a poisoned peach. The characters in »Perplexed«, named after four actors of the Schaubühne ensemble, are patchwork individuals who are groping for assurance and security in a constantly shifting and disintegrating reality and are left to constantly slip on the metaphysical banana peel which the play has left in their path.
»Perplexed« is a comedy about the capriciousness of reality, one’s own identity, and the theatre itself. Marius von Mayenburg (writer in residence and dramaturg since the beginning of Thomas Ostermeier’s artistic Directorship at the Schaubühne) has most recently directed his own play »Martyr« (2012).