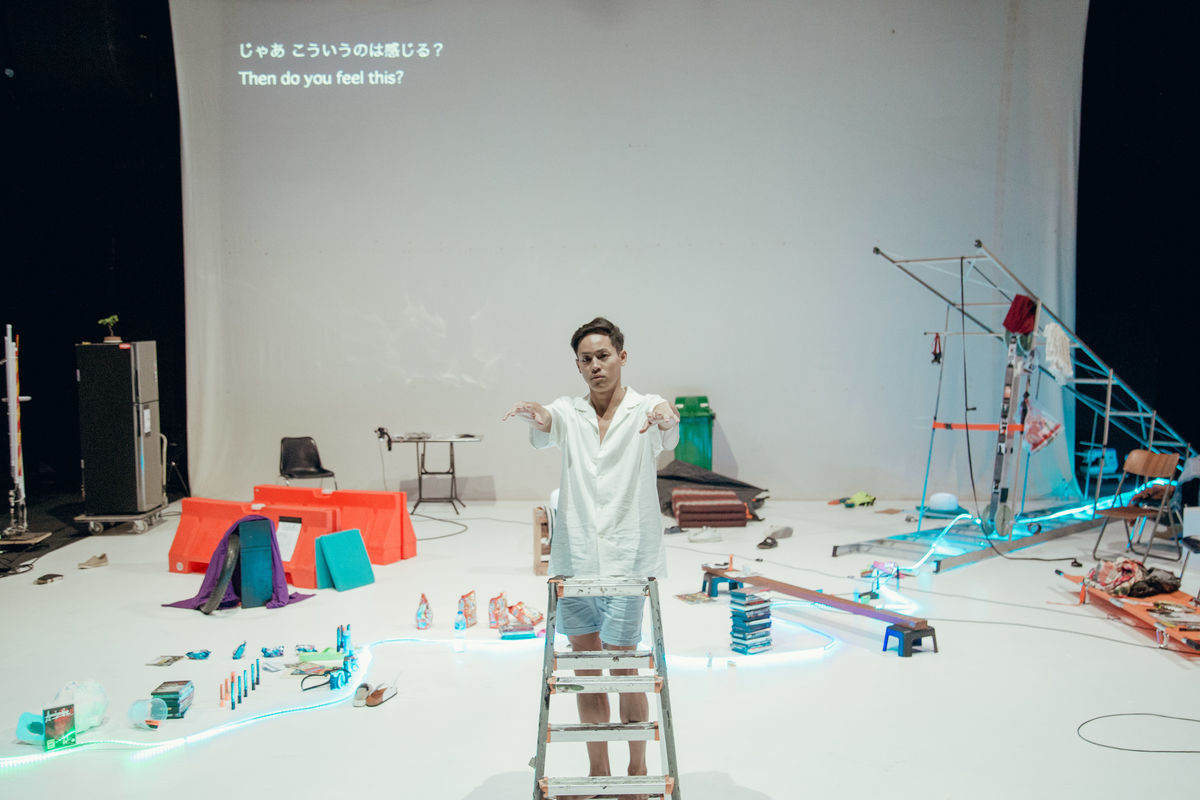 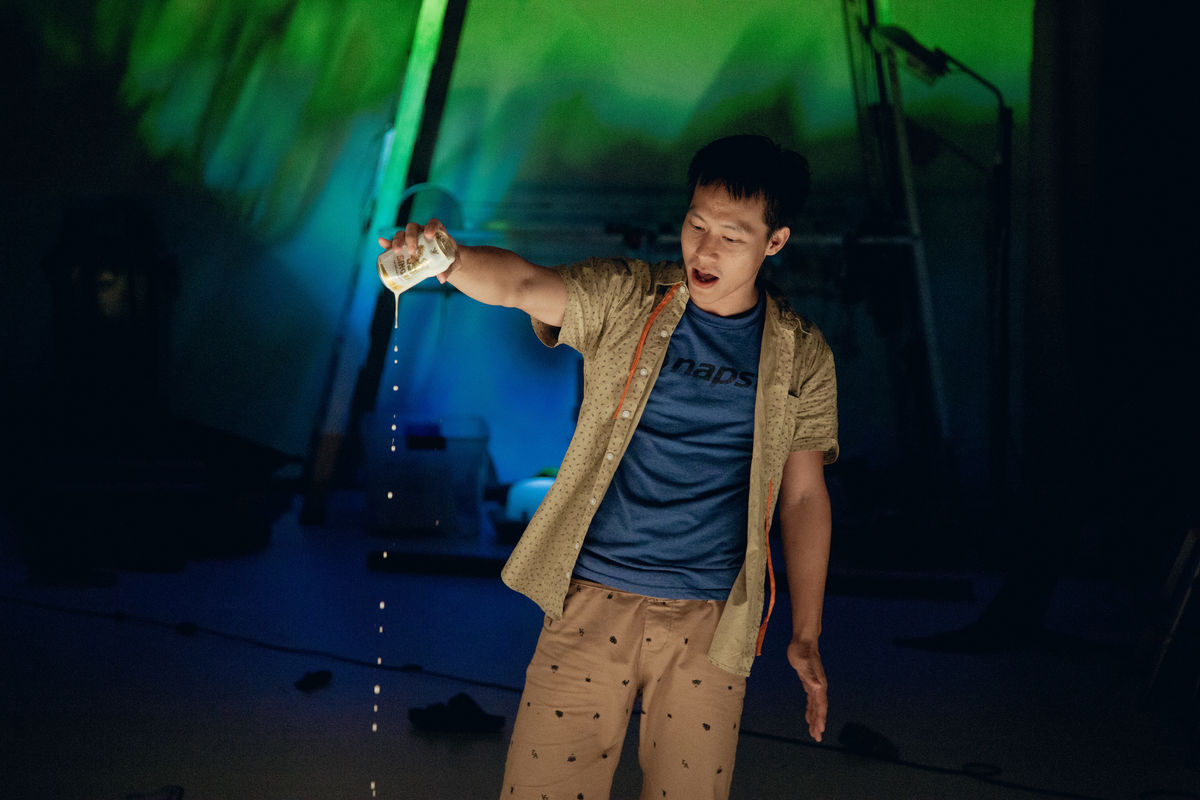 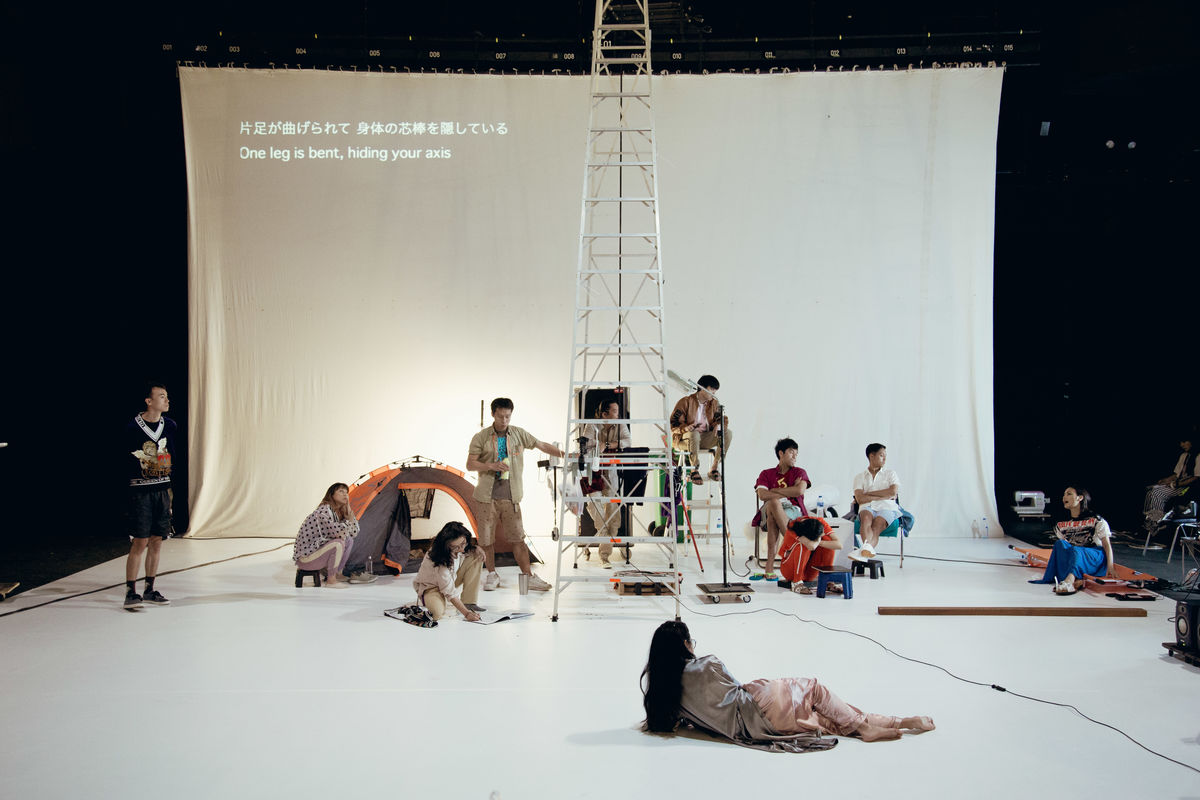 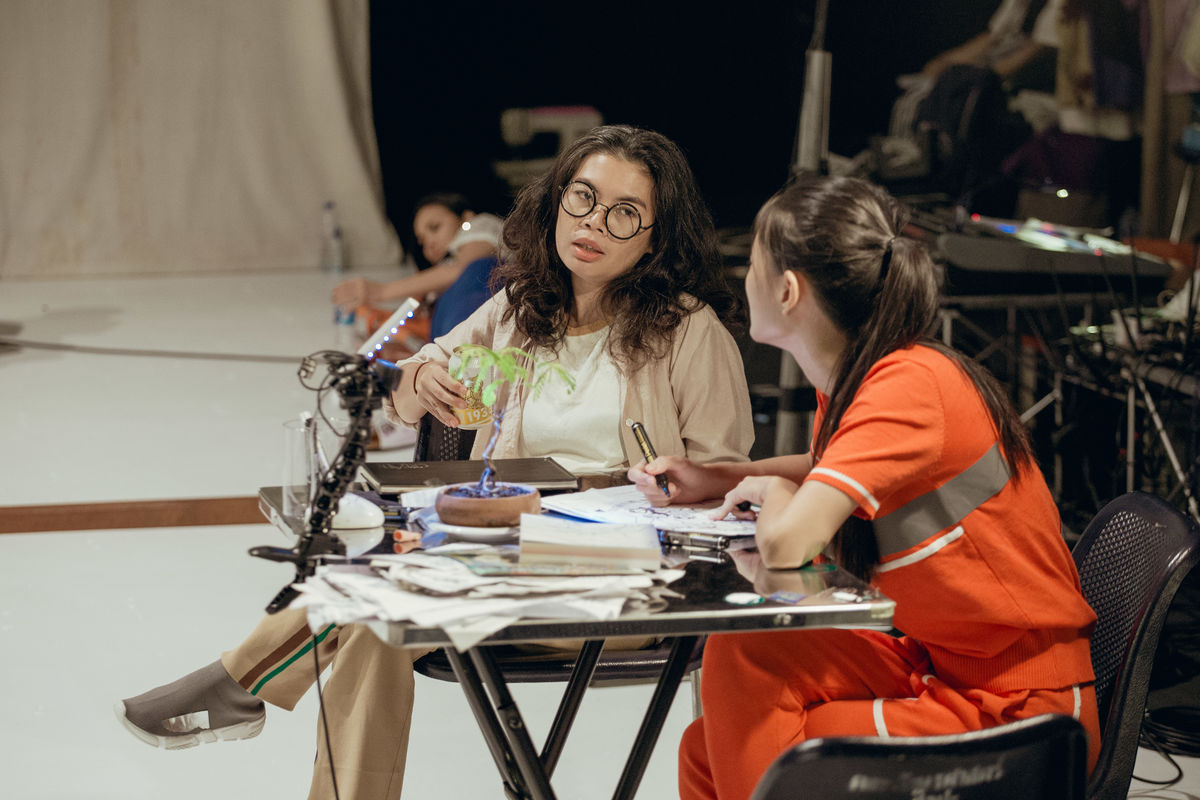 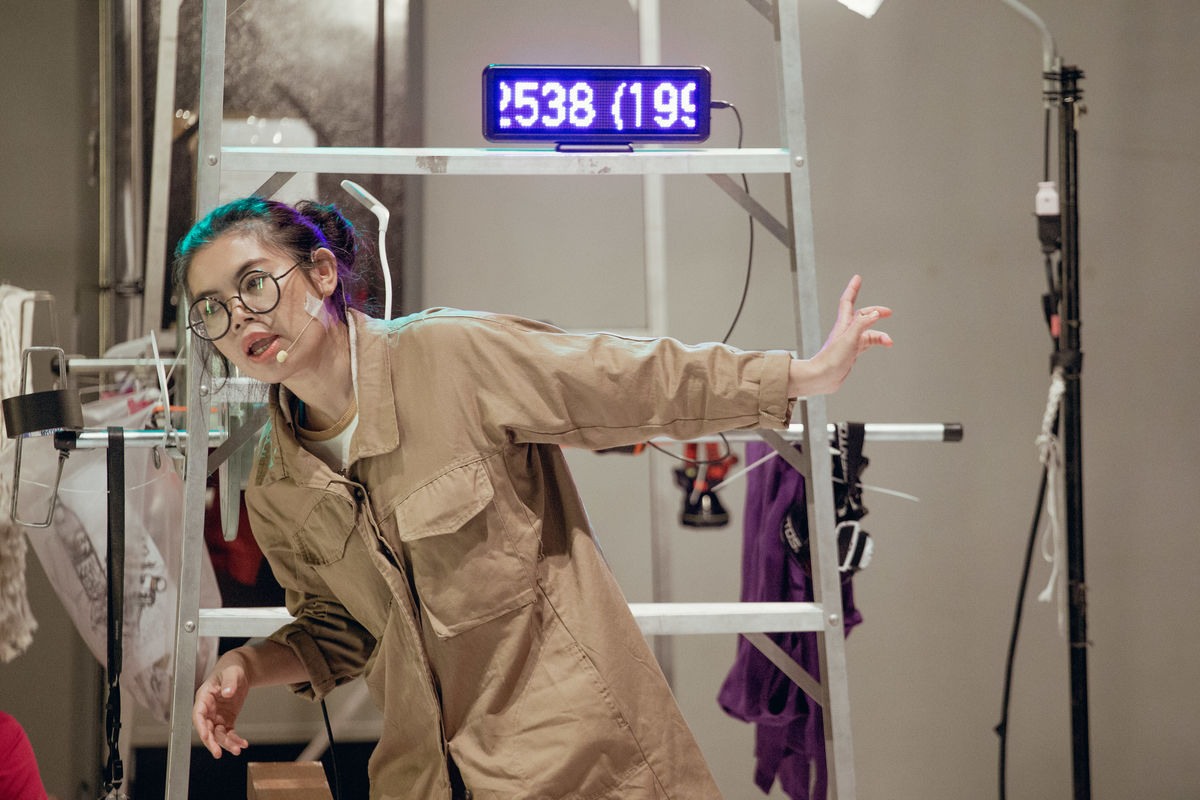 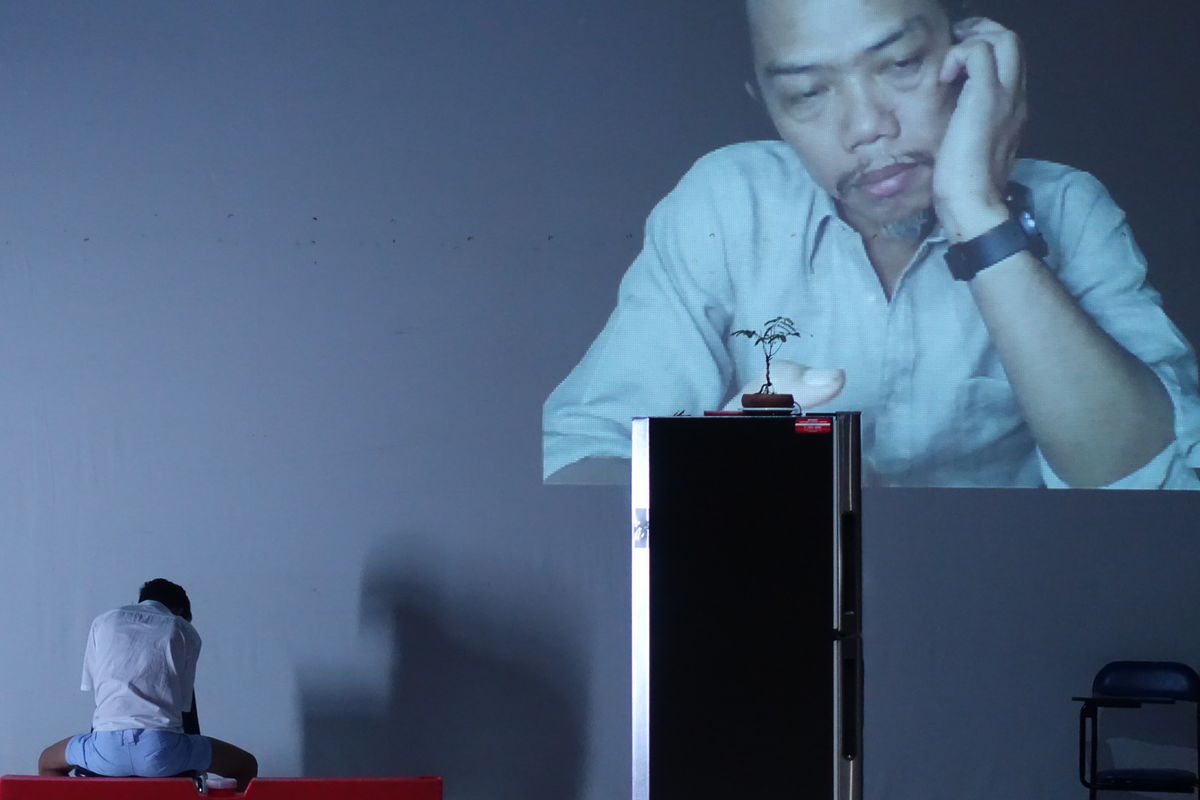 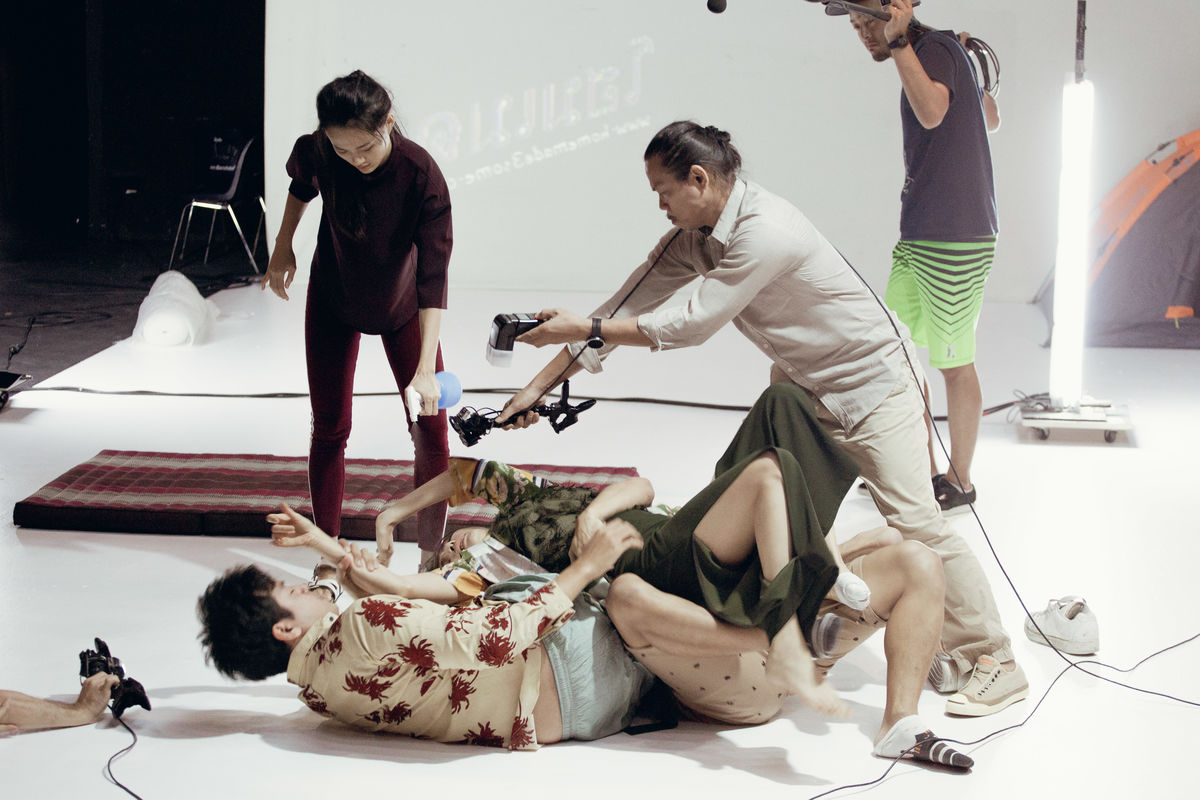 Pratthana — A Portrait of Possession

In »Pratthana — A Portrait of Possession«, Toshiki Okada (Tokyo) — in his first work with a Thai ensemble which is also the first production from Thailand to be presented at FIND — adapts the most recent novel by Uthis Haemamool (Bangkok) to create a broad panorama of three decades of artistic counterculture in Bangkok. The production follows various stages in the life of an artist from the provinces, his rise and fall in the capital city of Bangkok from 1992 until today. Thus, an individual’s life comes to reflect the social biography of an entire nation and its irreconcilable contradictions in which sexuality and political repression, art and corruption are nonetheless intimately entwined. The anarchic desire for freedom of a bohemian artist circle which, in its excesses of sex and drugs, sets itself against every establishment provides a harsh contrast to a survey of Thailand’s political history. The disparate elements meld into a visual x-ray of the degeneration and decay of a society and its political system. This is a chronicle of a radical exodus from every institution into an apparently free counter-cosmos that, set against the backdrop of the political circumstances, nevertheless increasingly proves to be a place of fatal isolation.

Toshiki Okada (*1973, Yokohama) is a director and writer. In 1997, he founded the chelfitsch theatre company. He has won numerous prizes, including the 49th Kishida Drama Award for »Five Days in March« (2005), with the group’s productions which are regularly invited to European festivals. From 2006 to 2007, he was director of the Summit theatre festival in Tokyo. Okada also presents his work in arts centres and museums. His novels include »The End of the Special Time We Were Allowed« (2007; translated into German as »Die Zeit, die uns bleibt« in 2012).

Uthis Haemamool (*1975, Kaeng Khoi) is one of Thailand’s most eminent contemporary authors. In 2009, he won the Southeast Asian Write Award and a Seven Book Award for his novel »The Brotherhood of Kaeng Khoi«. From 2014 to 2015, he was editorin- chief of The Writer magazine. He also works as a visual artist.

»The Obsession with Context« by Dagmar Walser
»The Struggle for (Self) possession: The Political Bodies in Contemporary Thai Performing Arts« by Amitha Amranand
»›Interculturalism‹ and ›International Co-production‹: For a Historically Accurate Appreciation of Pratthana« by Tadashi Uchino
»The New Biology of Collaborative Production« by Matana Jaturasangpairoj

An essay by Sho Fukutomi in preparation for the play about society and culture in Thailand can be read here. 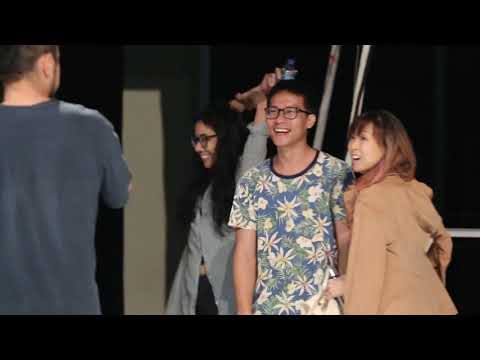