Bernd cares for his mother who is bedridden in Spandau following a stroke, and thus he hardly has any time for sex. Fedora likes to experiment, is open to sexual adventures with both men and women, and very much enjoys the sensation of her urine streaming past her labia. Marie is a teacher, is unlucky in love and has a practical suggestion for what to do when your vibrator batteries run out over Christmas. Britta had sex for the first time in her late twenties with Hans-Joachim, a colleague from the accountancy firm, and is convinced that every birth ages the vagina. Pascal is married to Guido, a strict Catholic and doesn’t believe in sex before marriage. Kevin has problems with his blood sugar levels and must eat regularly. He is meeting the others for the first time, very shy and comes from Wedding. An evening in Berlin. Three women and three men meet once a month to talk about sex. They all agree: human sexuality is of great importance to human beings. In their discussion, they share their sensual moments of awakening, their sexual experiences, secret fantasies and most ardent desires. There are funny stories, bizarre revelations, harrowing confessions and tender admissions. What significance does sex have in these people’s lives and what does their talking about sexuality reveal about who they are? What happens when we make the intimate public – how do we talk about sex? And how can we ever be close to another person, during sex or when we’re talking about it? 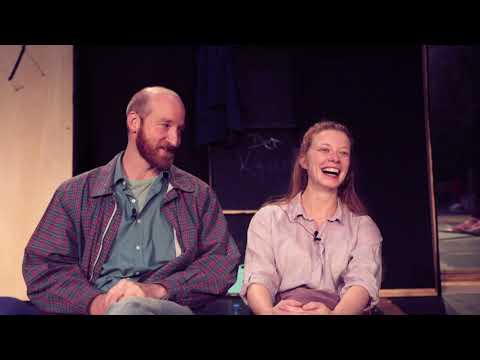