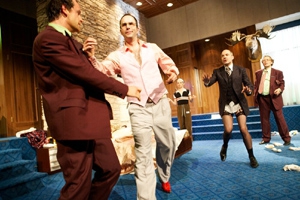 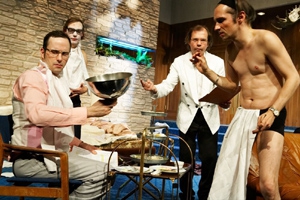 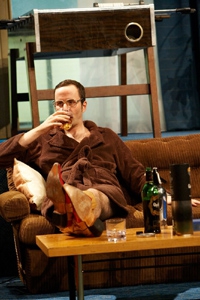 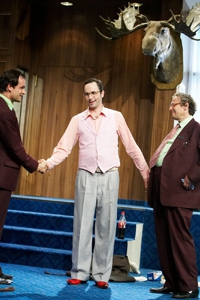 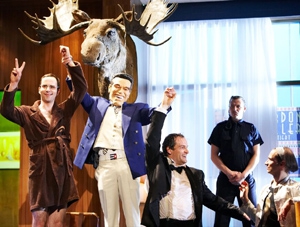 »Room Service» is a Broadway burlesque about a theater ensemble living for weeks al-ready in rented space in a Times Square hotel in New York. They are threatened with the worst possible nightmare: not to be able to perform because of their financial straits. The irrational desire to perform during an impossible situation releases more criminal energies than all the group’s adversaries can match…

»Room Service» was first performed on Broadway in 1937 to huge success. Stars such as Frank Sinatra, the Marx Brothers, and Jack Lemmon have performed it, and since its premiere it has been shown by theaters around the world. For the Ostermeier production Kurt Krömer returns to the Schaubühne in the role of the producer Gordon Miller. Krömer has previously appeared in »Matschke's Friday Late Night Stand Up Club» (at the nachtcafé), and in his own show »Krömertorium.«