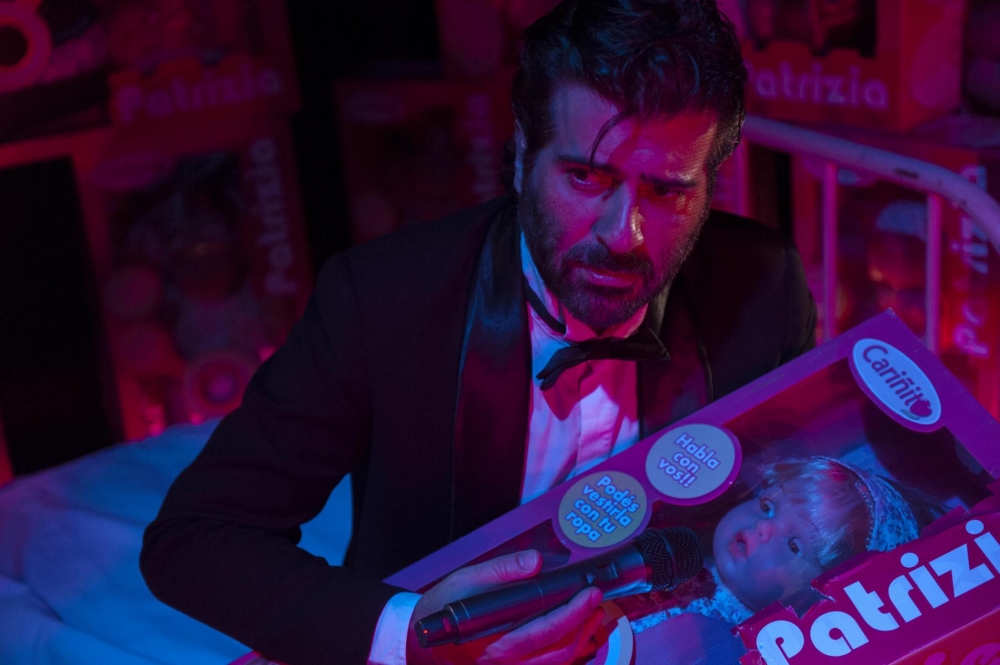 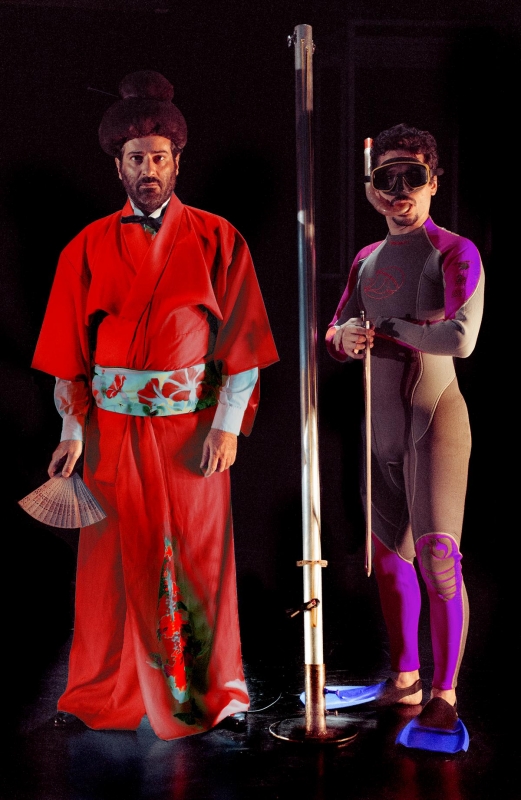 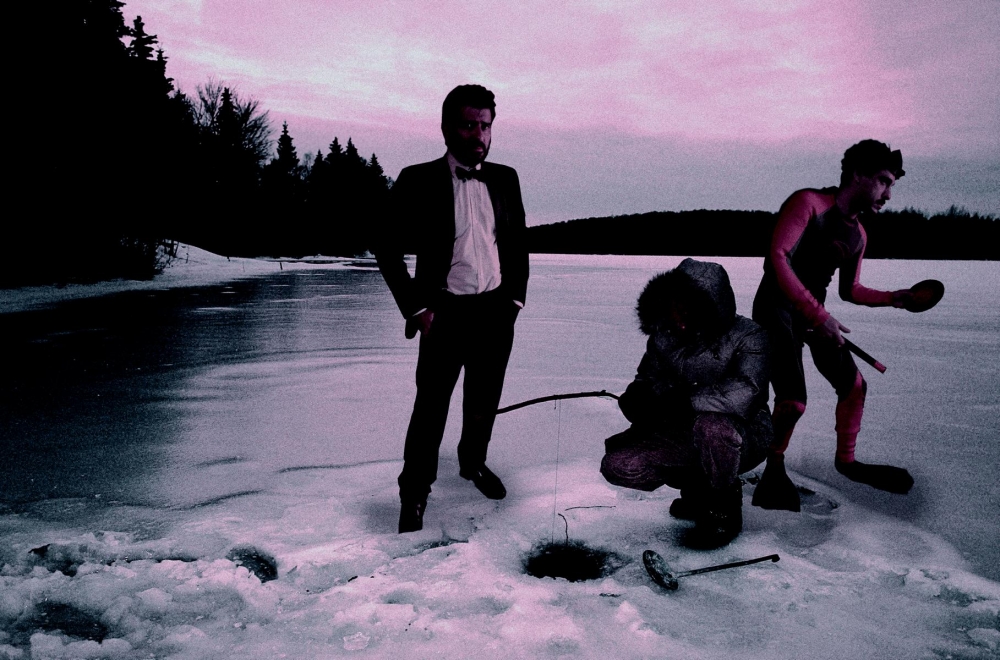 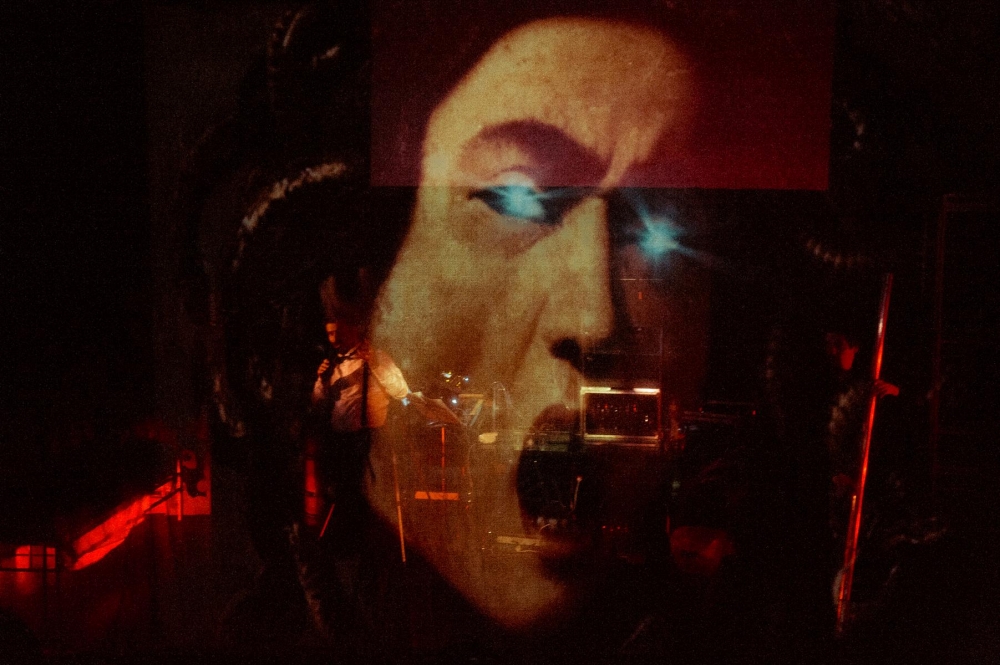 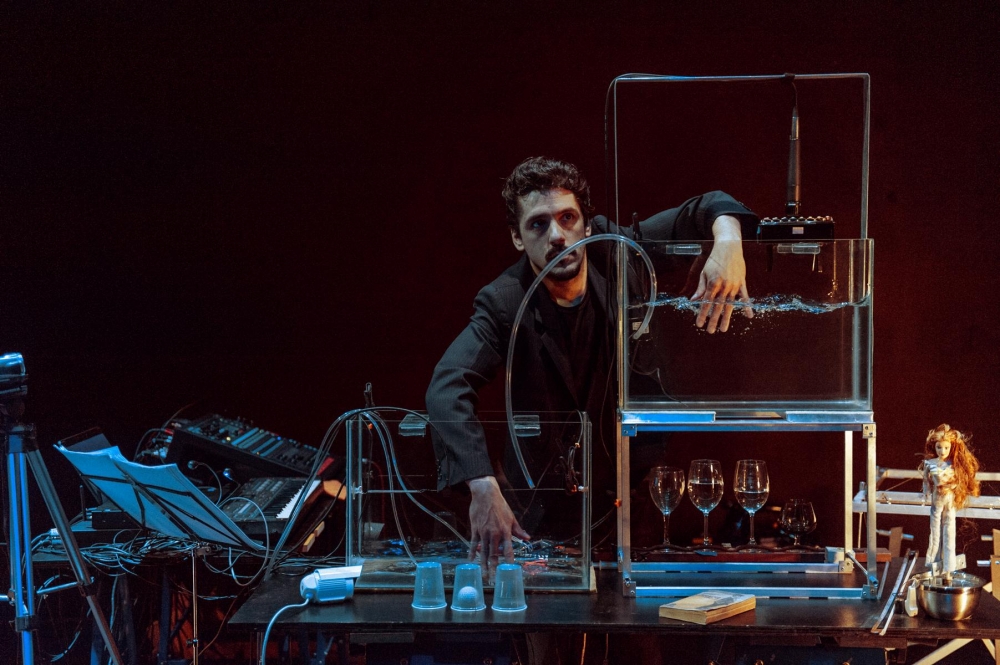 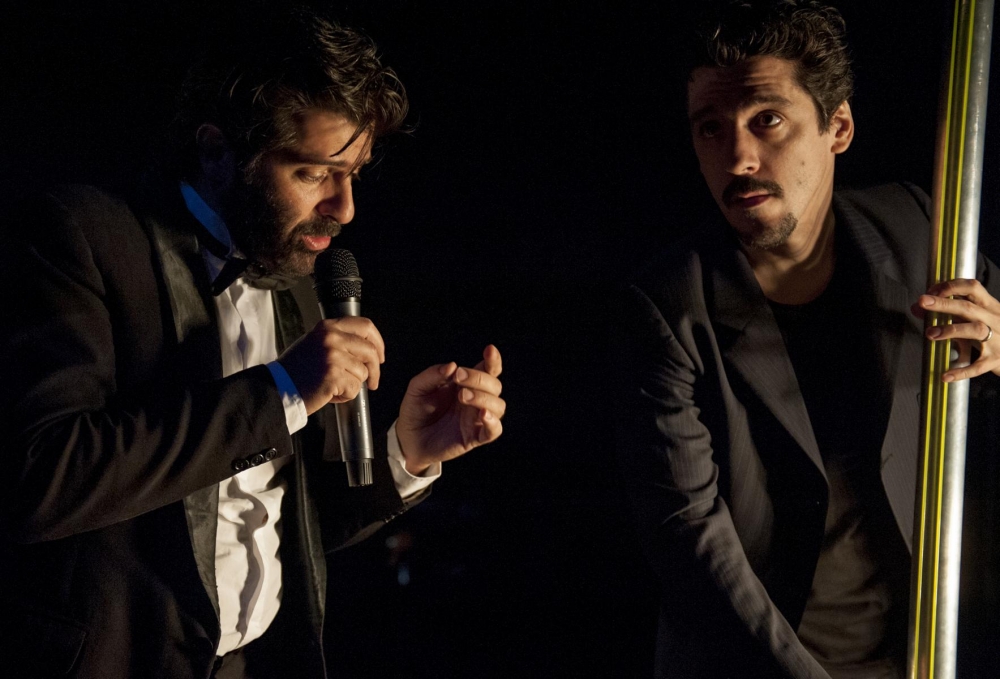 A man wakes up on Malta with amnesia. Around him lie five dozen Chinese dolls which swear at the touch of a button, a tuxedo worth several thousand dollars and his passport. The man’s name is, according to the passport, Mario Monti. Monti begins to google himself. He is not, as he first believes, the former Italian Prime Minister but instead a university professor specialising in dead languages. Apparently he replied to a spam email and is now in the possession of PayPal millions which he can only use, however, in the virtual world. Moreover he is being pursued by various banks and an assassin from Kuala Lumpur ...
Rafael Spregelburd, most recently at F.I.N.D. with the theatre soap opera »Bizarra«, appears on stage himself and, with a mixture of adventure, linguistics, love and despair, explores what happens when you lose yourself in a virtual world and normal life collapses.

Rafael Spregelburd (*1970, Buenos Aires) is a playwright, director, translator and actor. He studied acting and theatre studies in Buenos Aires. In 1994 he founded the theatre company El Patrón Vázquez. Spregelburd’s play »Die Dummheit« was shown at the Schaubühne in 2005. He took part in the F.I.N.D. several times. His latest work includes, among others, the plays »Un momento argentino« (2011) and »Call me God« (2012). Numerous awards, including the Argentinian National prize for his play »La terquedad« in 2011.

On 20 April, Rafael Spregelburg will be reading »Spam« at the theatre book shop Einar & Bert.
In German and English, 8 € (reduced: 5 €). Please reserve seat at info@einar-und-bert.de.

>>> Essay about the production in Pearson's Preview: Killed by the hand that feeds you: Rafael Spregelburd’s »Spam«