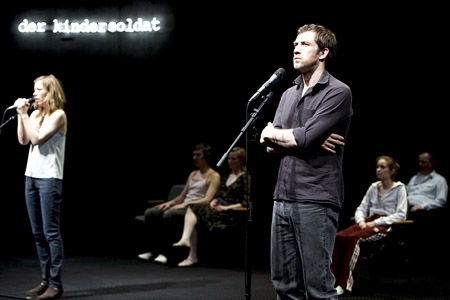 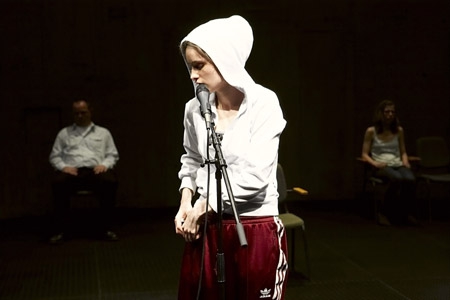 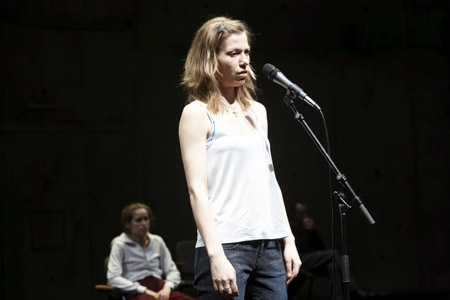 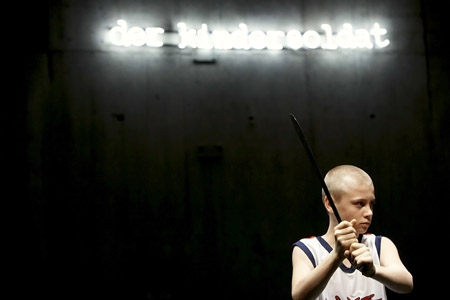 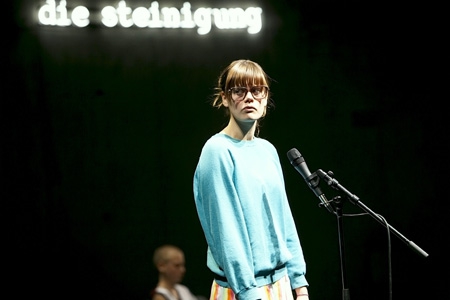 Three couples have three histories, which appear to be unrelated. In a married couple both partners are HIV positive, but can only afford the life-saving medication for one; two parents have lost their son, who has been sent to war as a child soldier; and Mary – who has been sentenced to death by stoning for her act of revenge on the murderer of her parents – and her hostile sister. By the end of the piece it is evident that these stories are intertwined. »Stoning Mary» is the image of a disabled society, in which AIDS and civil war have dissolved the ties that bind, and in which each man must fight for his own survival.

Debbie Tucker Green, described by the Independent as »one of the most convincing and extraordinary new voices we’ve heard in a long time,» writes drama for the theater and for radio broadcast. In 2004 she won the »Olivier Award for Most Promising Newcomer 2004» with her work »born bad» (Hampstead Theatre). »Stoning Mary» was premiered at London’s Royal Court Theatre in 2005.