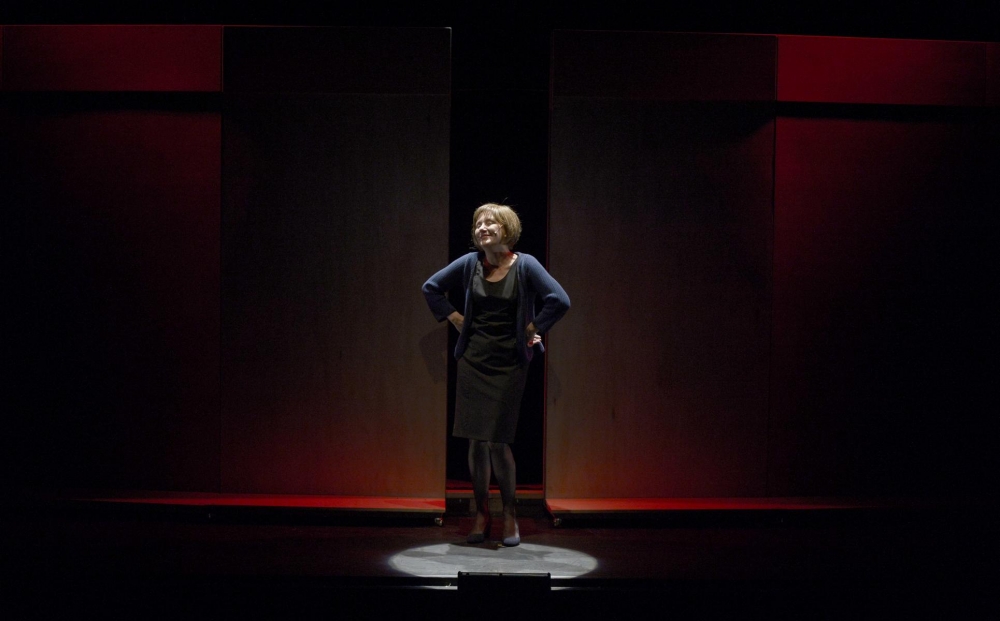 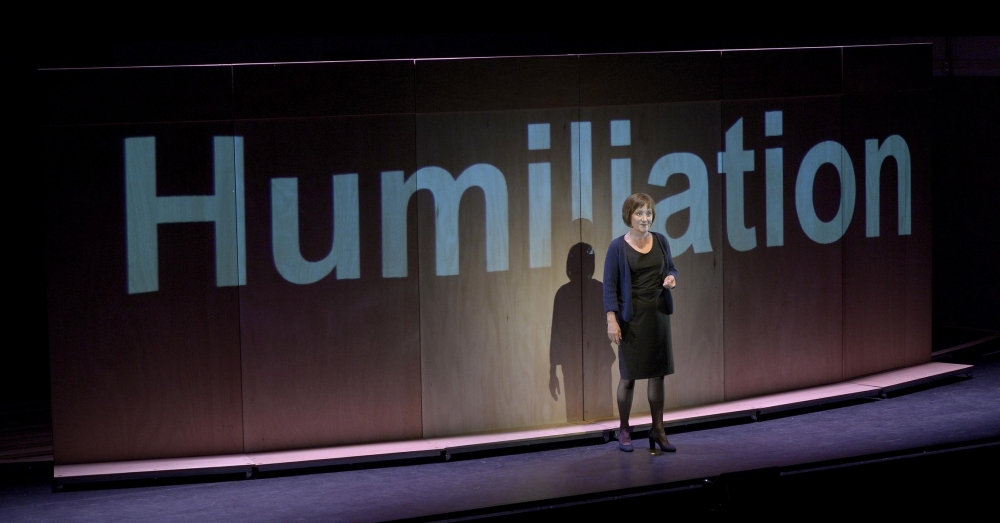 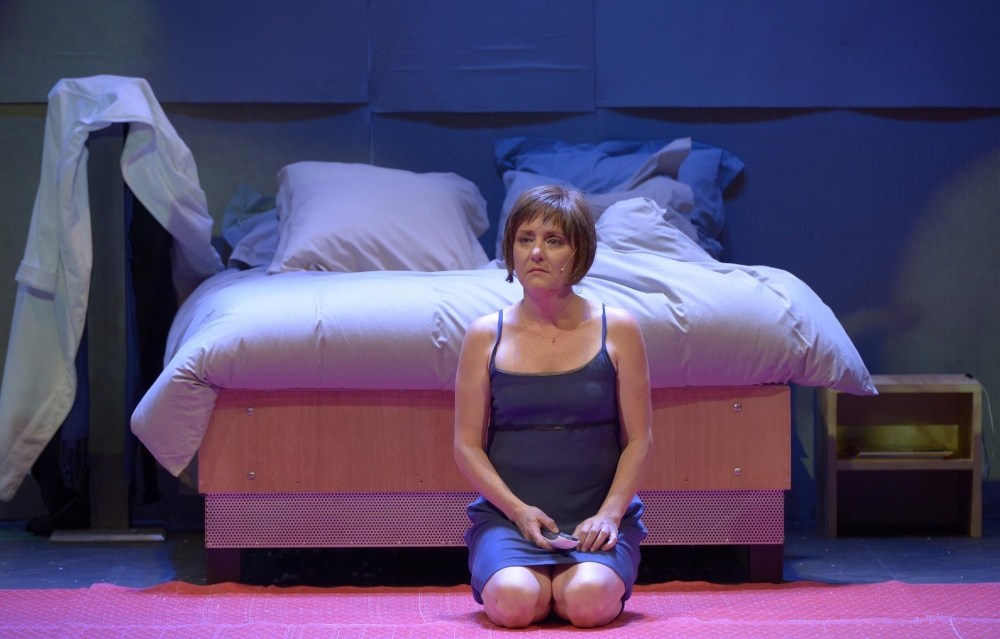 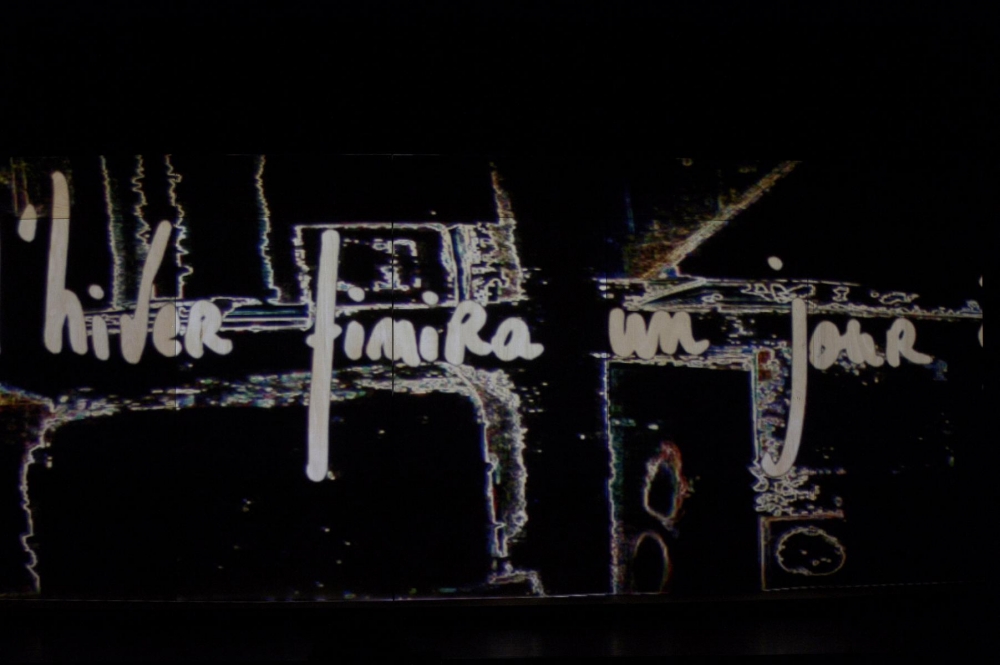 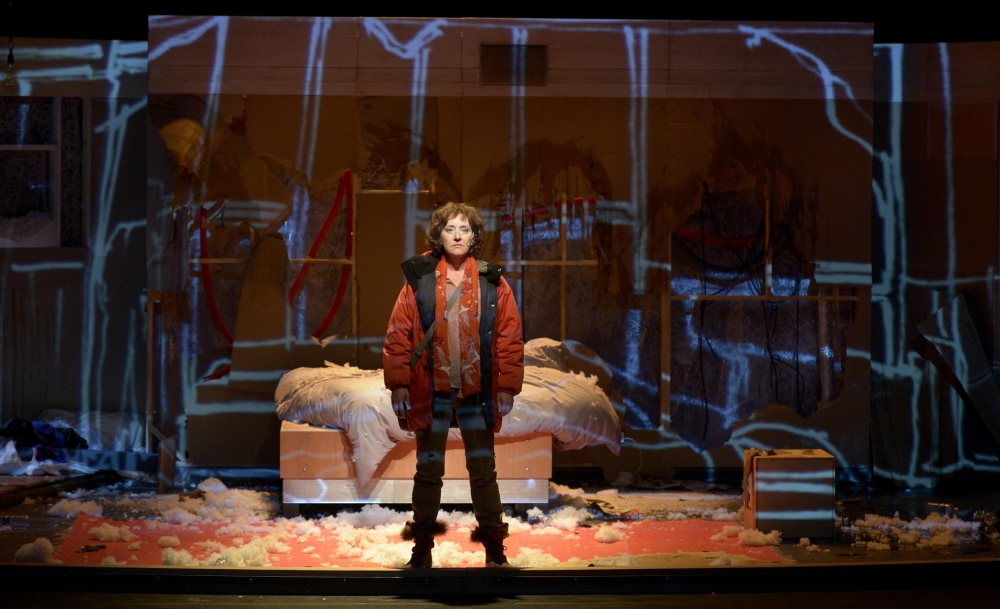 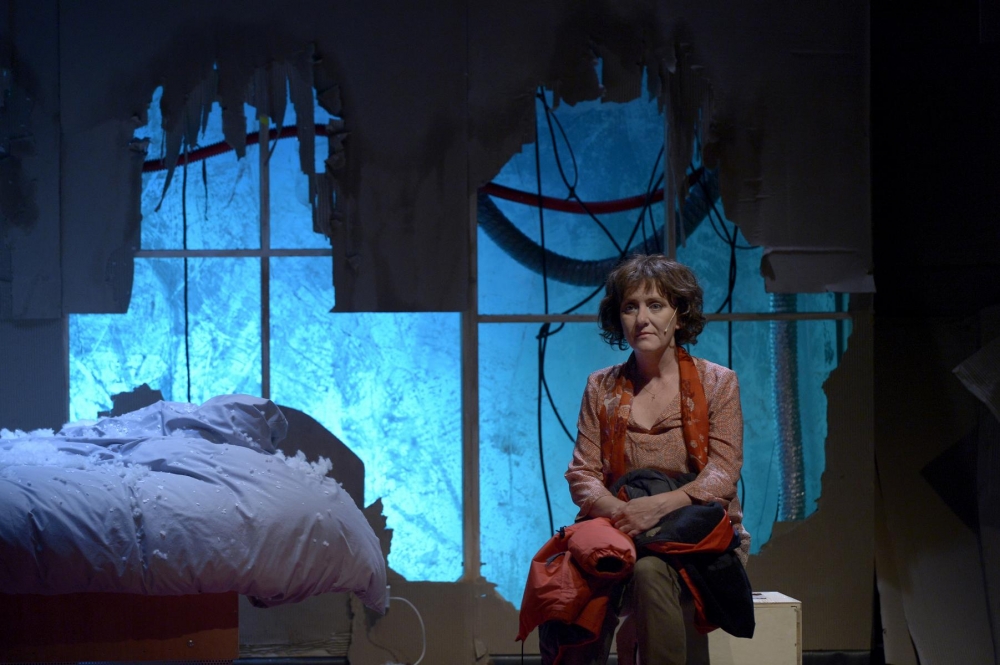 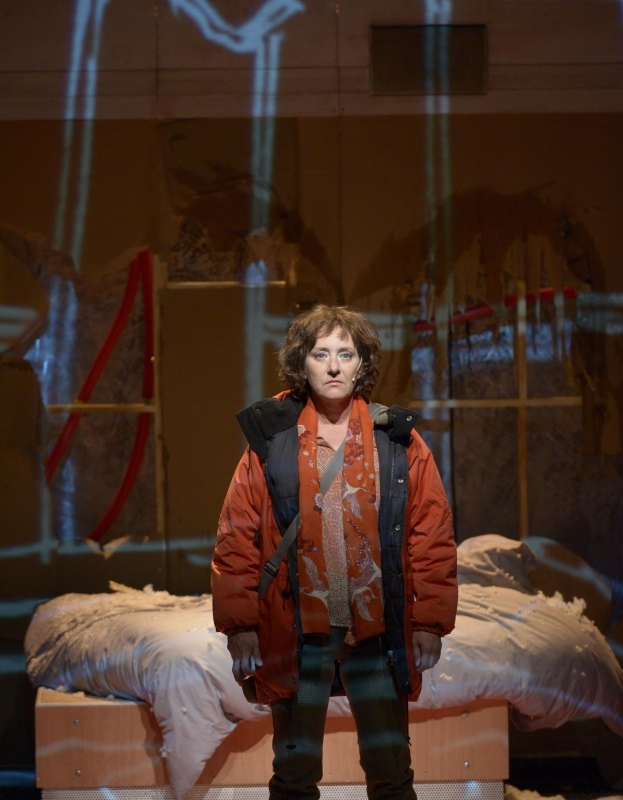 In Wajdi Mouawad's new play »Sœurs« an expert in ethnic conflicts and an insurance loss adjuster encounter each other in a wrecked hotel room: two ostensibly very different women, both played by actor Annick Bergeron. The first grew up as part of the French-speaking minority in anglophone Canada and opted for a career over family life. One night, alone, disenchanted with her apathetic students, exasperated by the English voice command system in her anonymous, fully-automated hotel room, she sees red. The second fled as a child with her father from the civil war in Lebanon and forged a life for herself in the West. She still cares for her traumatised father who constantly makes out that it is she who is dependent upon him. Both women discover they have much more in common than at first appears.
Annick Bergeron, who as an actor often works with Wajdi Mouawad, has observed the latter’s older sister Nayla for many years. She interviewed and filmed her and used these approaches as the basis for some improvised scenes of her own. This material formed the starting point for Mouawad's text which, with great sensitivity and a lightness of touch, explores the relationship between sisters of greatly varying dimensions: between two individuals, between different times and continents, between the secure Canada of the West and civil-war torn Lebanon.

>>> Essay about the production in Pearson's Preview: »Sœurs«: A correspondence with Wajdi Mouawad