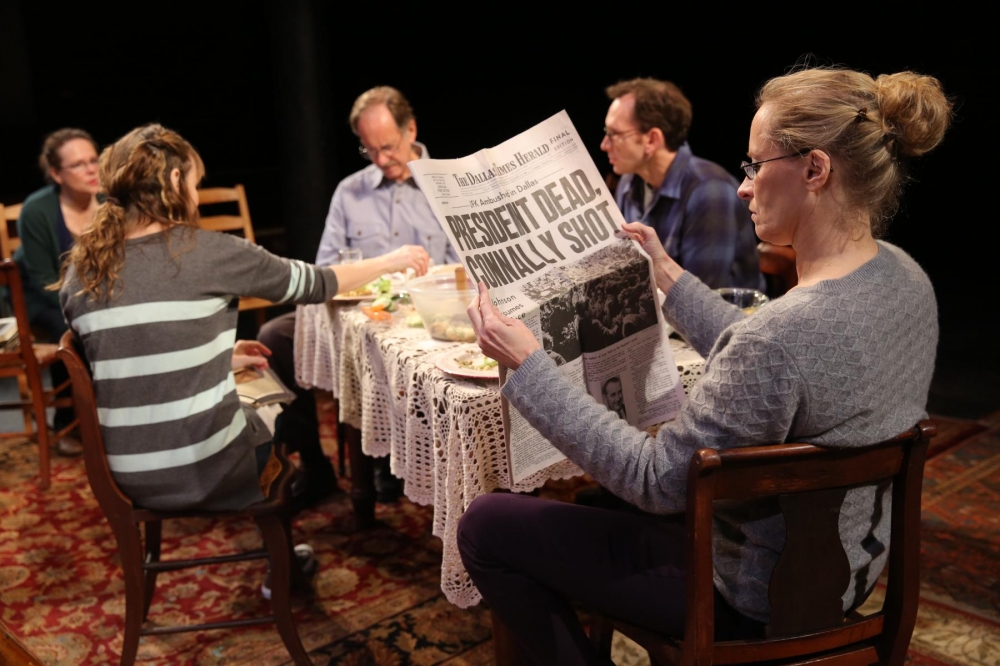 On 22 November 2013, the fiftieth anniversary of the assassination of John F. Kennedy, the Apples are brought together by the imminent death of Marian’s ex-husband. They recall a day which shocked the world and attempt to come to terms with their own transience and mortality.