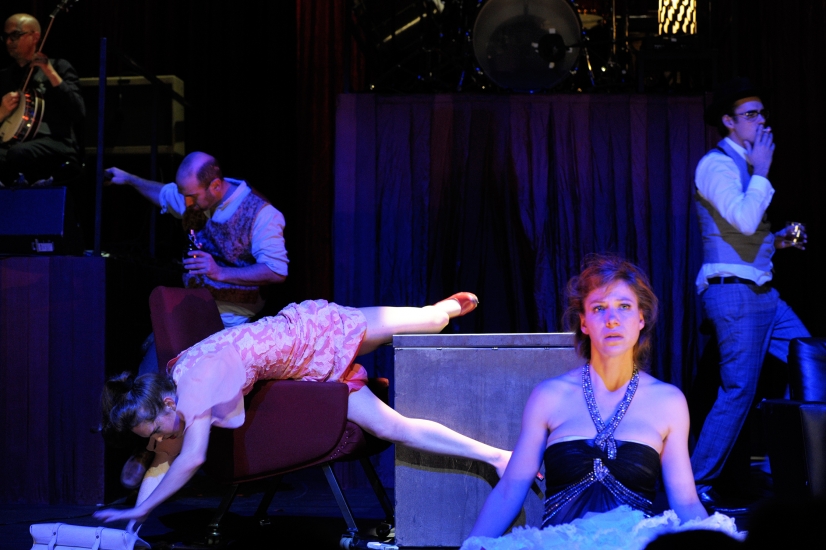 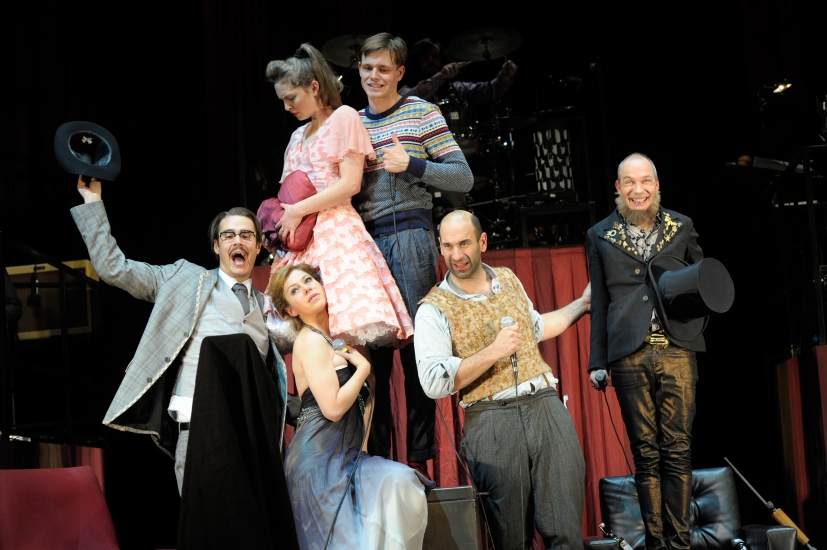 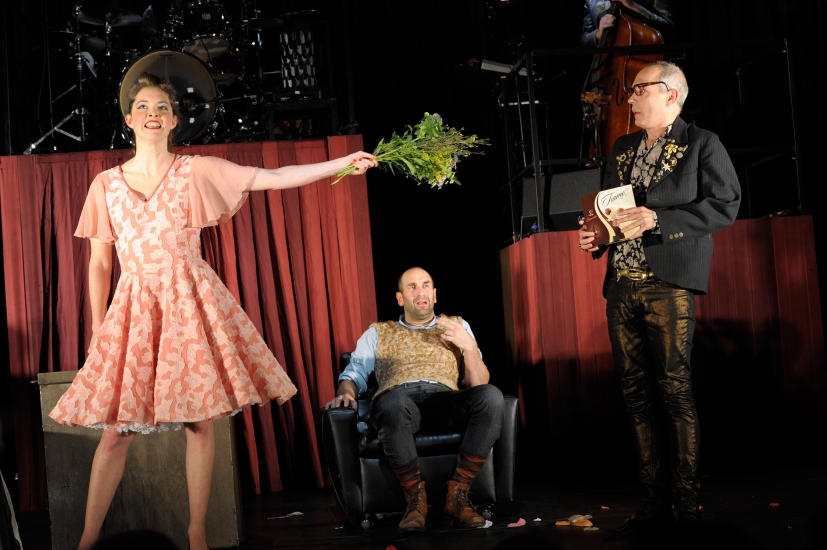 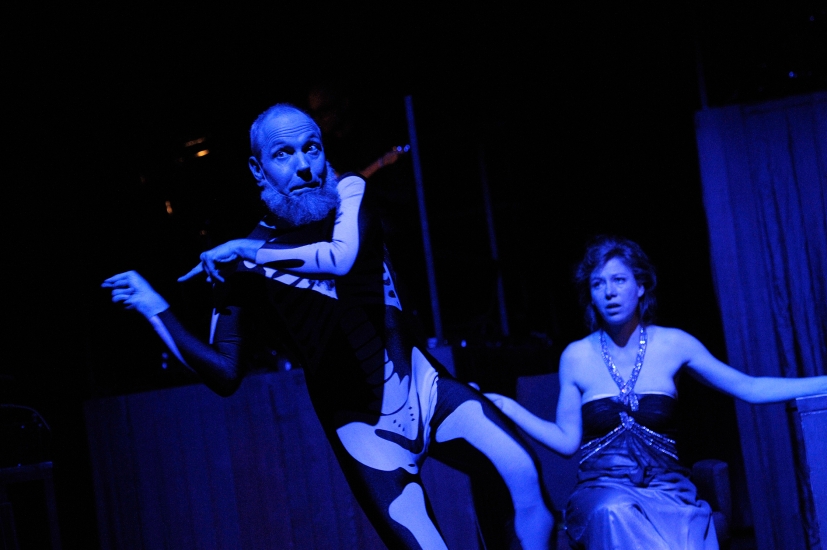 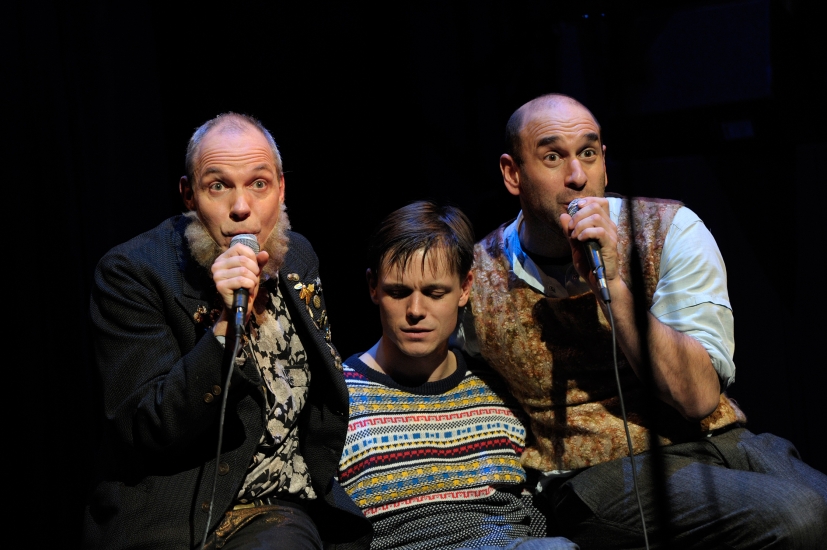 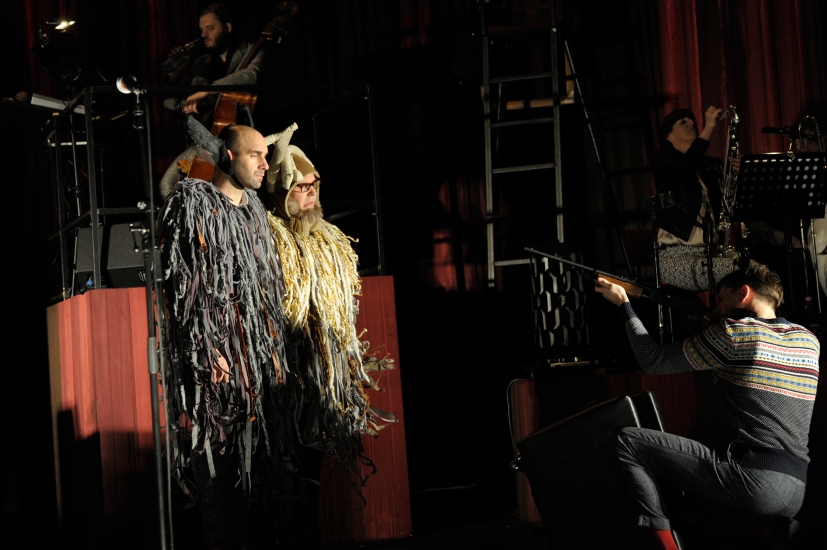 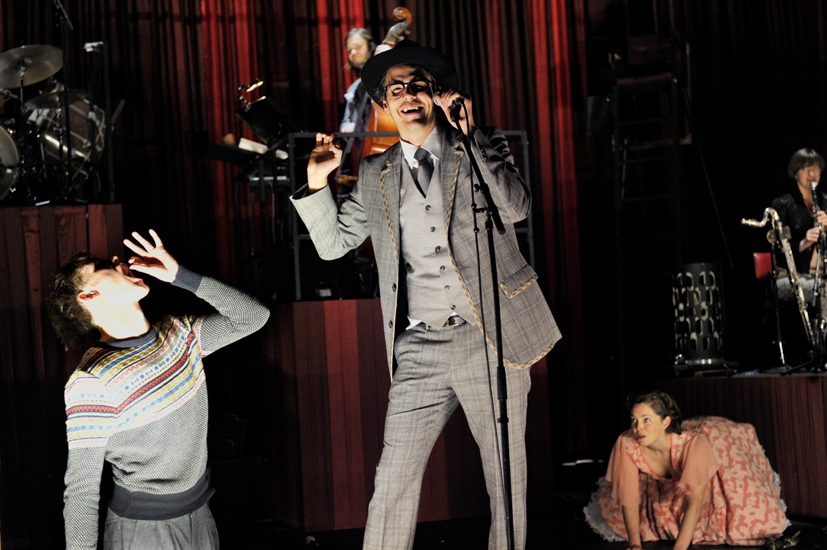 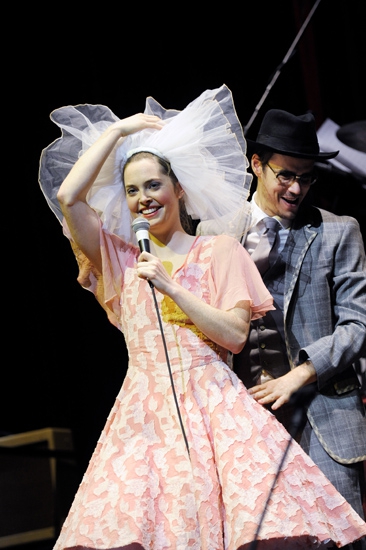 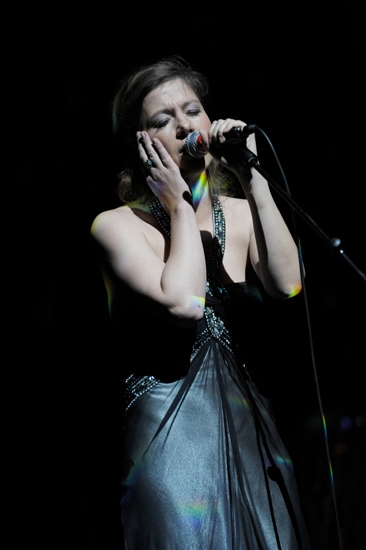 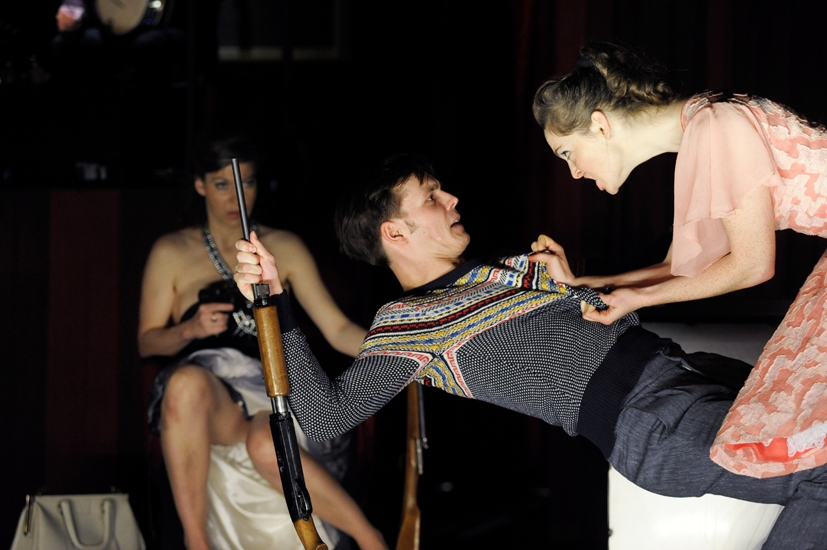 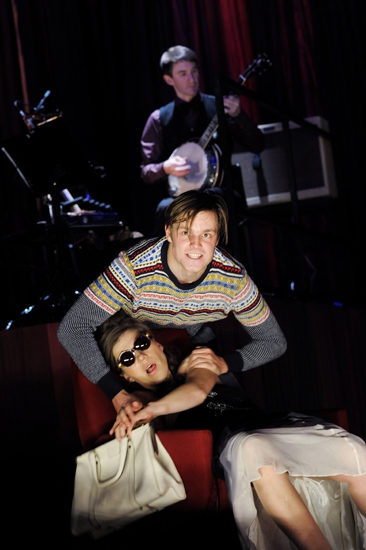 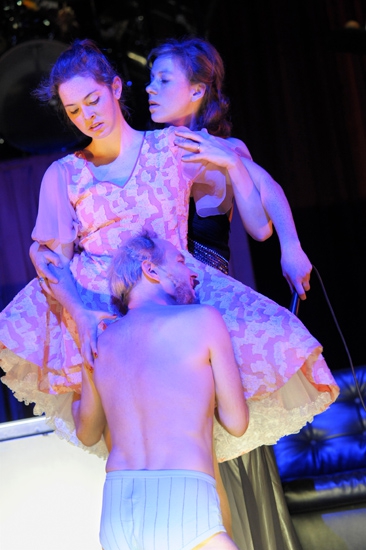 Just the right bullets To win the woman he loves, shy and retiring Wilhelm must shoot a white dove, while the chances are more in favour of the rather unpleasant, Robert. A mysterious man with a limp gives Wilhelm magic bullets and he suddenly hits his target with every shot. When Wilhelm is in need of new bullets, the limping man shows his true face: He grants Wilhelm seven bullets on proviso that the seventh shot belongs to him, the devil, alone.
At the Crossroads A musical theatre ride to hell: involving collisions between German romantic horror and beatnik poetry; between traditional European opera plot and American songwriting, »The Black Rider« combines the familiar German hunter story from the »Freischütz« with the biographical fate of artists William S. Burroughs, who shot his wife while under the influence of drugs, and Ernest Hemingway, who sold his soul for a gun.
November Friederike Heller, who works regularly at the Schaubühne, together with musicians from the band Kante, will stage »The Black Rider« – Tom Waits’, William Burroughs’ and Robert Wilson’s version of the vicious circle of fear of failure, success and the desire for more.