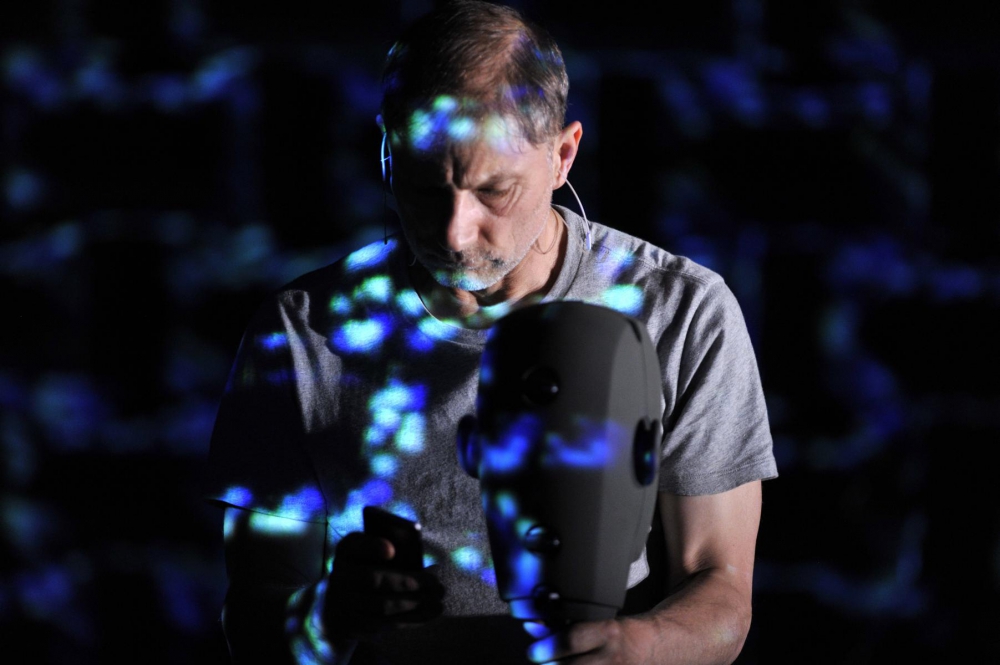 In 1969 Loren McIntyre, a National Geographic photojournalist, sets out on a journey along the Amazon river, up to the border between Brazil and Peru. He is searching for the Mayoruna »cat-people«, an isolated, semi-nomadic tribe living deep in the jungle of the remote Javari Valley. His stay with the Mayoruna, who make no distinction between man and nature and regard time as being circular, not as continuous, fundamentally changes his view of the world. Sixteen years later, in Manaus, he tells his story to the Romanian writer Petru Popescu, who writes about it in his book »Amazon Beaming«. Actor and director Simon McBurney traces McIntyre’s journey into the depths of the Amazon rainforest. Through the use of an innovative audio-technology, McBurney creates a constantly shifting, complex world of sound and explores human consciousness and our relationship to nature. The audience takes part in this voyage in time, and through the use of headphones, each spectator is plunged into an unfamiliar world.
After a work in progress showing of »The Encounter« at FIND 2015, under the working title »Amazon Beaming«, Simon McBurney brings his finished show back to the Schaubühne.

The Encounter online is supported by The Space.