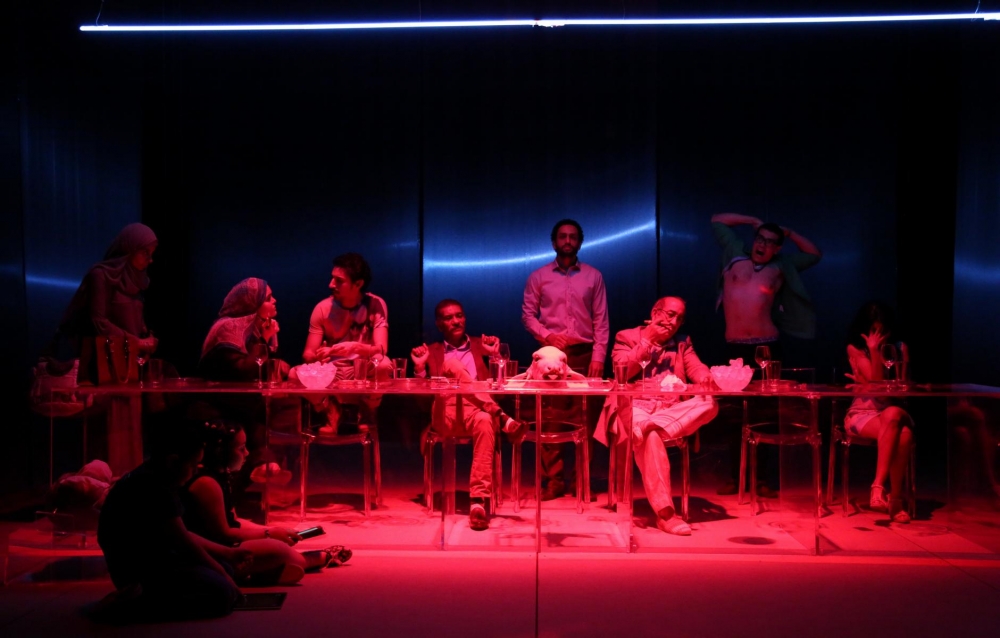 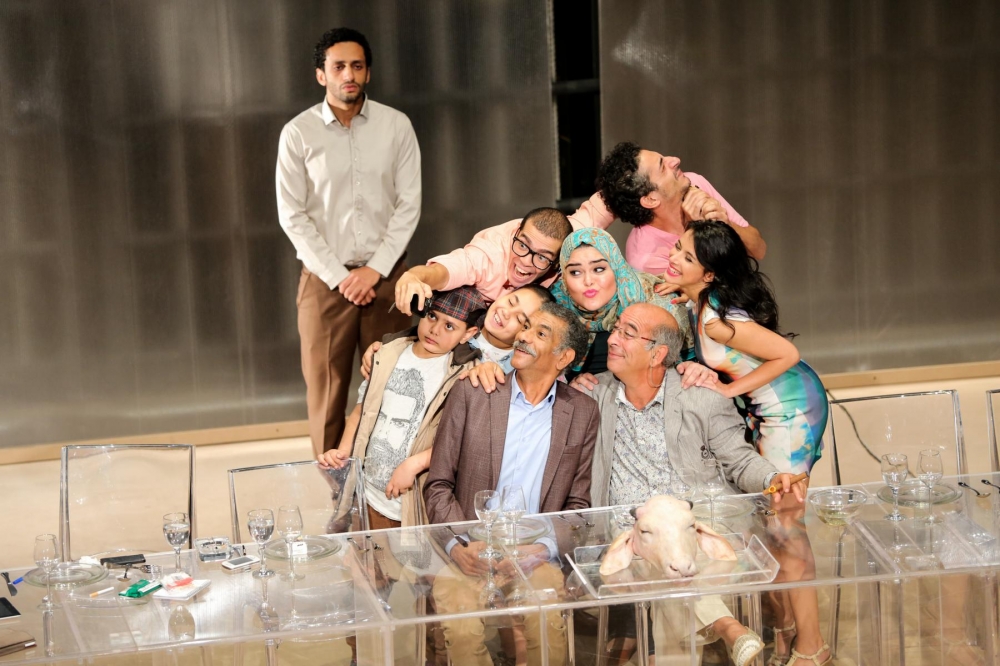 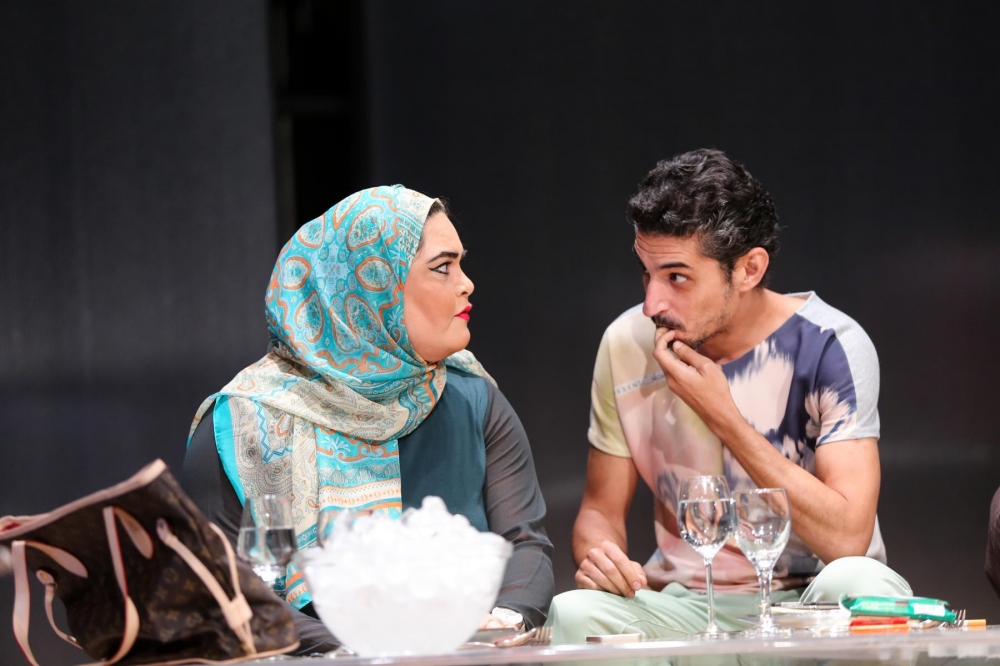 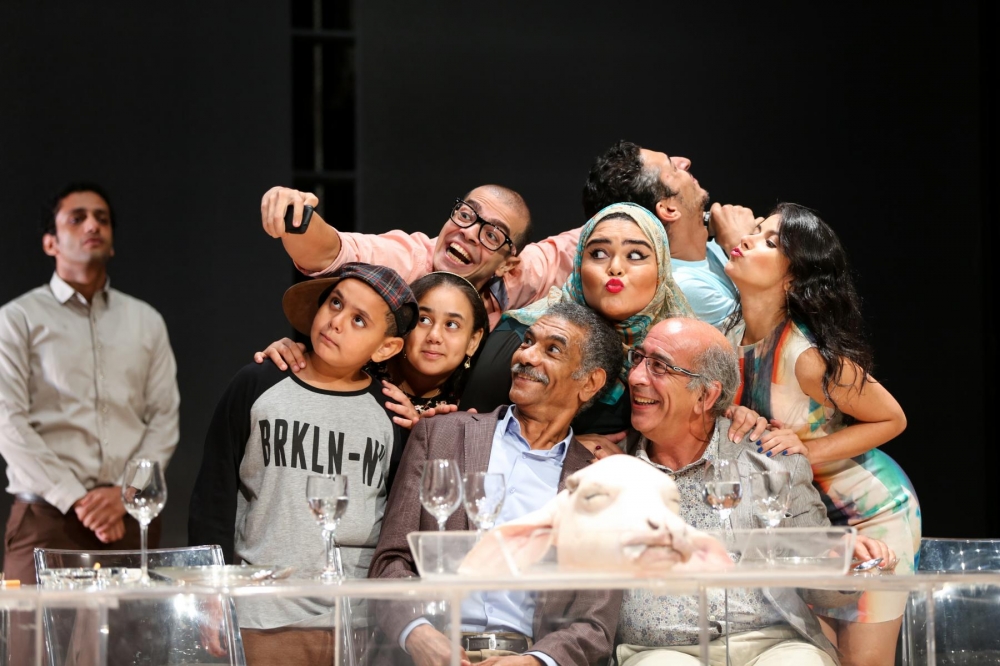 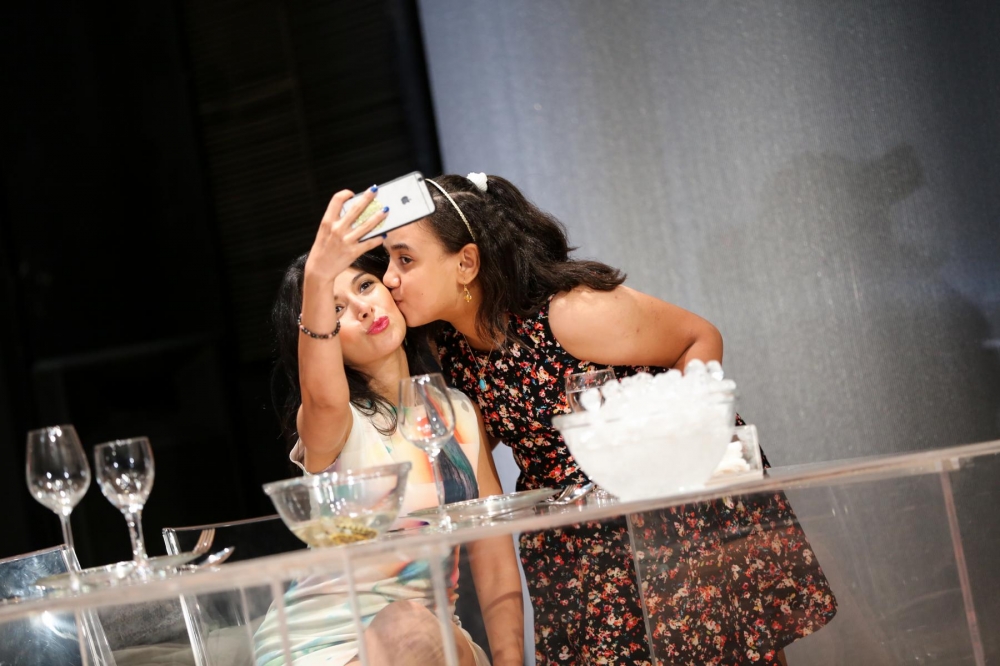 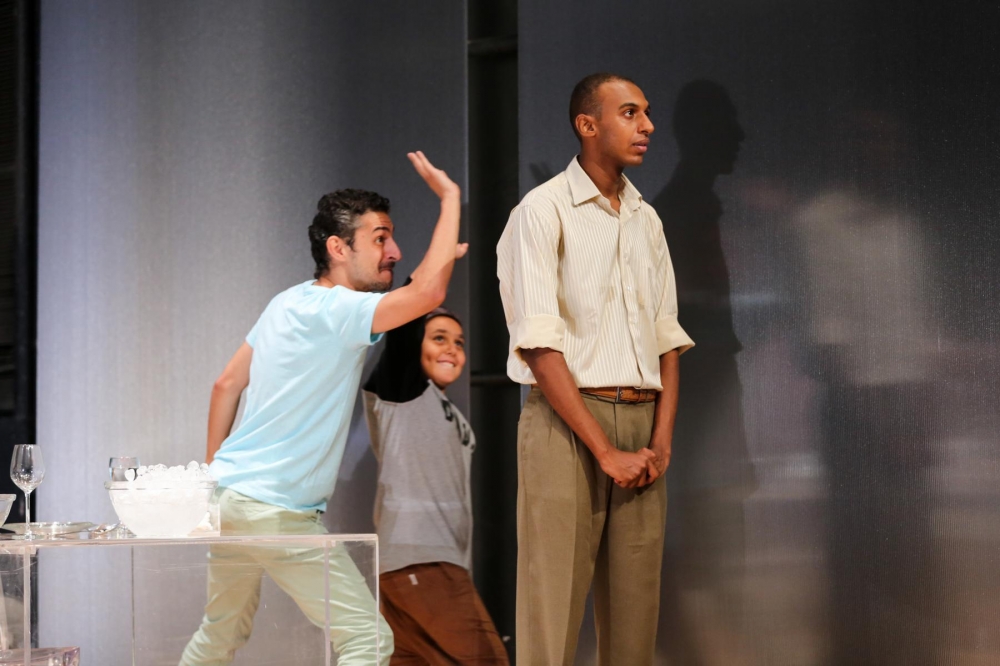 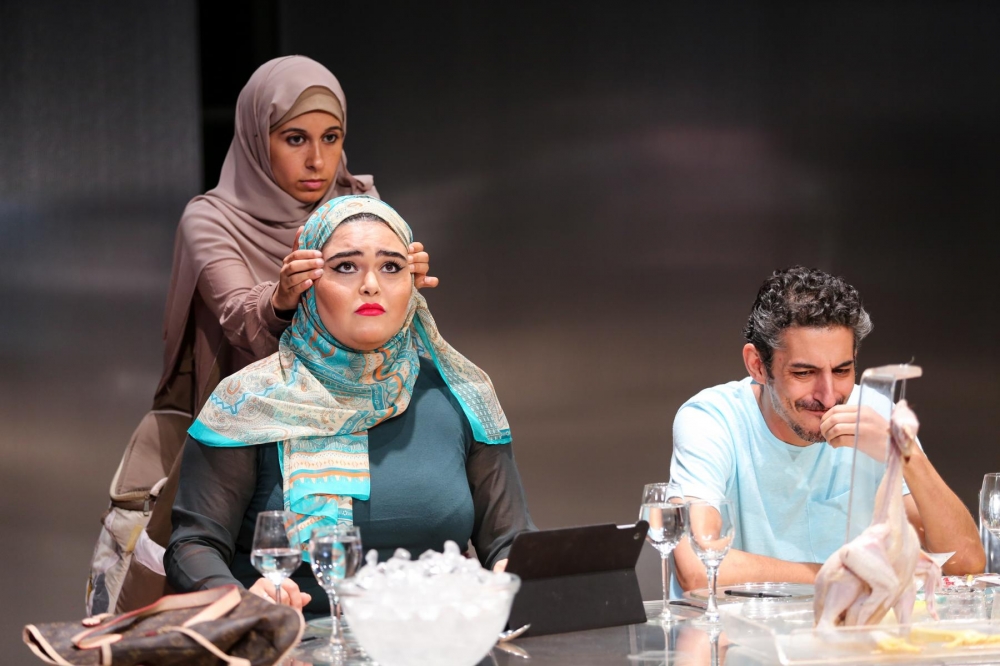 Following the Arab Spring and the revolution in Tahrir Square, Egypt finds itself in a period of social, economic and political transition. »The Last Supper« shines a light on this society in upheaval from the perspective of the upper ten thousand: the members of a rich extended family in Cairo who come together for a dinner par- ty. Eleven highly contrasting characters – from the nanny to the high-ranking officer, from the daughter raised in a very western, liberal way to the veiled daughter-in-law, who is already a mother several times over, to the filthy rich patriarch – meet each other across the dinner table. They chat about the children, philosophise about where the best servants come from, discuss politics and argue about whether London or Paris is the most interesting shopping metropolis. The dinner table conversations increasingly reveal their thoughtlessness, pointlessness and the unbridgeable gulf between the upper classes and the people in the street.
Ahmed El Attar’s plays, which he directs himself, are inspired by very diverse real life influences, including school textbooks, ser- mons and political speeches, classical literature, pop culture and coffee-house discussions. Visually influenced by Leonardo da Vinci’s painting, in »The Last Supper« Ahmed El Attar creates a tableau of Egyptian society after the fall of Mubarak. A portrait of the hypocrisy, nihilism and consumer-driven ignorance of the Egyptian bourgeoisie.

Ahmed El Attar, born in Cairo. Theatre director, playwright and translator. He has a BA in Theatre from the American University in Cairo and MA in Arts and Cultural Management from Paris III Sorbonne Nouvelle. He directed numerous theatre productions. Founder and Artistic Director of the Temple Independent Theatre Company and of Orient Productions as well as Artistic Director of D-CAF (Downtown Contemporary Arts Festival) and the Falaki Theatre. Additionally he co-founded the Studio Emad Eddin Foundation, that provides rehearsal, resi- dencies and training space to performing artists in Cairo. He was chosen by the Arabic edition of Newsweek as one of 42 persona- lities who have influenced change in the Arab world.

>>> A Q&A about the production in Pearson's Preview: A conversation with Ahmed El Attar


A production of The Temple Independent Theatre Company in cooperation with Tamasi Collective.