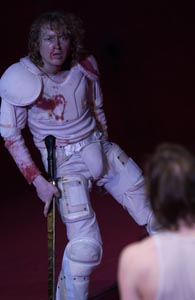 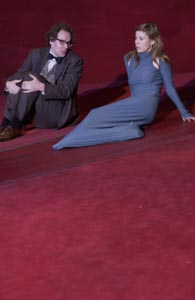 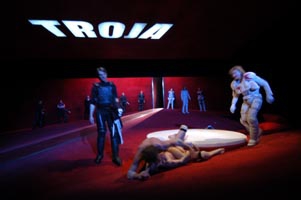 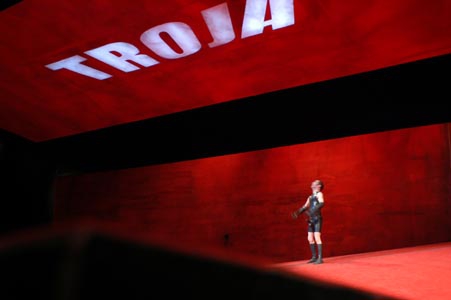 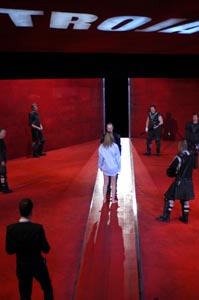 Since Paris abducted the beautiful Helen, the Greeks have been besieging Troy, anxious for revenge. But their fighting spirit is no longer all that it should be. In the Greek camp, Achilles is flirting with Patroclus rather than fighting, while Agamemnon attempts to cover up his lack of authority with bold rhetoric.
In the middle of the besieged city of Troy, Troilus falls in love with Cressida. But immediately after their first night together, Cressida is exchanged for a Trojan prisoner and sent to the Greek camp, where Diomedes pays court to her…

»Troilus and Cressida» is the uncompromising portrayal of a senseless war, in which violence destroys every human relationship.