In a version by Marcus Peter Tesch and team
Director: Christina Deinsberger
Studio

Undine comes from the water, Hans from the village. They both leave their natural element to meet each other. Who calls and who heeds that call seems to change with each iteration; what happens when they meet remains undetermined. What is clear is that they are doomed to failure – every time. And then they try again, and again. Each of their loves is true and absolute. Each disappointment and betrayal likewise. According to the myth of the foam-born Undine, who emerges from the water to acquire a soul, after the betrayal her only choice is to kill her betrayer or herself. But what if we no longer accept these options as sufficient?

In her poetically intricate story from 1961, Ingeborg Bachmann not only depicts a failed pair of lovers standing opposite each other: Undine and Hans are also two extremes in a shared body. Split and separated, they are at odds. Their convergence, their merging is utopian – as a glitch, a fluid disruption of the binary system – with a clear stance: against the patriarchy and the fixed attribution of roles; against a capitalist system of constant production and biolog- ical reproduction. All utopian ideas must fail and yet they try them again and again. A last rebellion before going into the water. Undine flows. Undine dissolves. Undine leaves.

In director Christina Deinsberger’s first production at the Schaubühne, Carolin Haupt and Renato Schuch search for a physical, choreographic encounter with Bachmann’s text and the Undine myth. Accompanied by the compositions of jazz musician Bertram Burkert, they dare to walk the line – not the walk along the border but through the border: through the membrane that Ulla Willis spans across the stage space – some- times permeable, sometimes impenetrable. 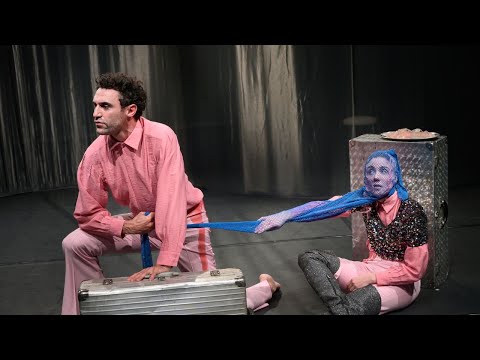 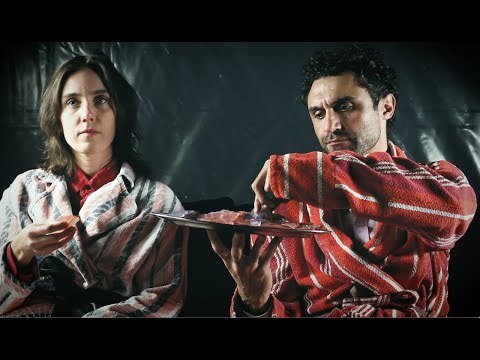