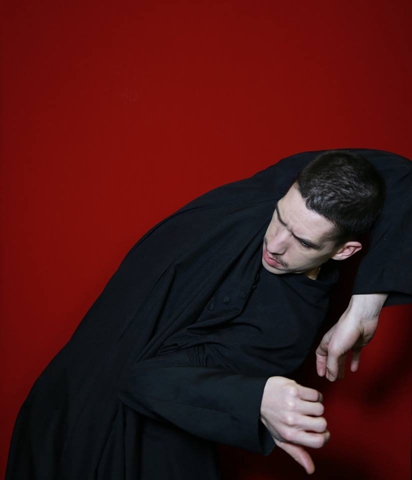 With German and English surtitles

A cave as an allegory of hell: in their new work, »Voronia«, La Veronal, the Barcelona based company led by Marcos Morau, go in search of the concept of evil. Their investigation takes them into the bowels of the earth, into the deepest cavern in the world, the Krubera-Voronia cave in the Georgian Autonomous Republic of Abkhazia. The cave is portrayed as a Dantean hell, a state of eternal descent. The company invokes the philosophies of St. Augustine by stating that, in the same way that darkness is the absence of light, evil is the absence of good – a matter of categorization only of interest to humans. According to La Veronal, humanity created God to secure the boundaries of morality; God serves as the keeper of goodness and a moral refuge for humankind. But in the hands of God’s stewards, religion has gone to seed. For to kill in the name of God is to kill God and the absolute moral system. La Veronal have become synonymous with the inventive approach of using a geographical location as the springboard for the artistic exploration of a philosophical concept. Last year at Tanz im August they performed ‹Siena’, a surreal, philosophical homage to that city, with a plot torn from the pages of crime fiction. Their latest piece, »Voronia«, is a co-production with Tanz im August. Dance, text, and image interlock to form a labyrinthine drama revolving around a riddle that continually evades decryption. »Voronia« resembles an episodic drama, a descending movement of shifting images.